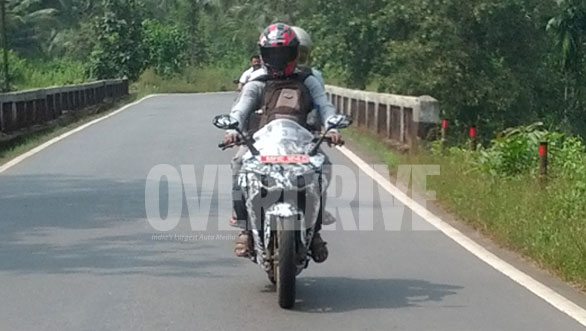 Only a few hours back, we reported about a recent sighting of the upcoming Bajaj Pulsar 200SS (Super Sports). Now, another set of spy pics of the upcoming bike has surfaced on the cyber world.

The upcoming Bajaj Pulsar 200SS (supersports) could be revealed in coming few weeks and could go on sale around the advent of 2014.

Here are some new details of the bike (as revealed by the recent batch of spy pic): 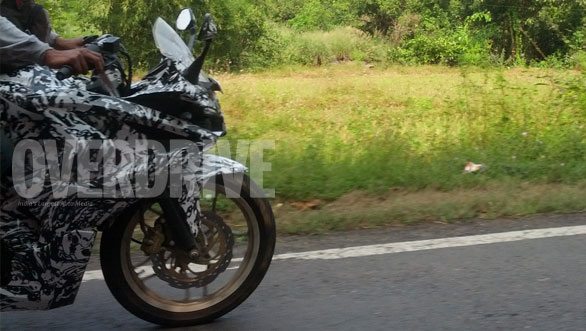 Powering the bike would be a re-worked version of the 200NS’ motor. The P200NS is powered by a four valve, four stroke, single pot 200cc motor that has a peak power-torque of 23.5 PS-1.86 kgm. The engine comes mated to a six speed gearbox. For the 200SS though, we expect that the engine has been tuned for at least 24PS of max power. The motor could dump the carb. in favor of a FI unit. 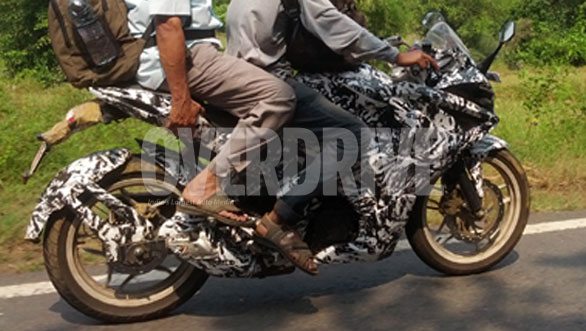 As we have been saying, lack of a front fairing hasn’t really helped the Pulsar 200NS. While the bike does boast of segment leading power and torque figures, the fact that its immediate rivals (read: Yamaha R15, Honda CBR150R) come with a full fairing seems to have made life a tad tough for the flagship Pulsar. As per the perception of a large segment of bike buyers in India, a faired bike needs to be sharper and faster. Hence, it doesn’t come across as surprising that several R15 buyers were smitten by the machine’s ‘race bike’ like looks and not by the fact that it actually handles like one. Thus, a front fairing seems to be quintessential for a bike positioned at the performance segment of Indian bike market.

It is being expected that the Bajaj Pulsar 200SS won’t be much costlier than the naked sibling and could have an ex showroom price of approx INR 1.10 lakhs. We also feel that the 200SS would become a worth successor to the not so perfect but decidedly fun Pulsar 220. 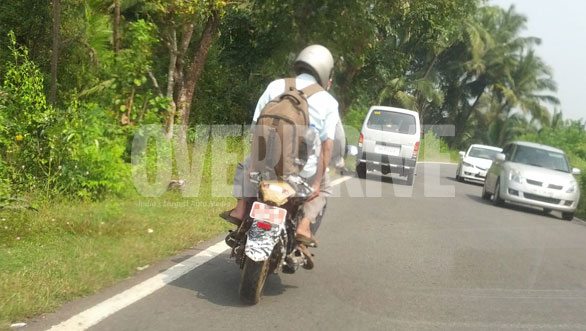 What do you feel? Are you looking forward to the launch of the Pulsar 200SS?