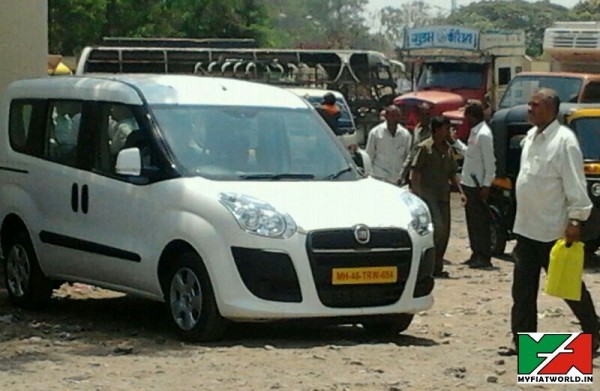 In a surprise of sorts, the new Fiat Doblo, which is a seven seater MPV, has been spotted on the outskirts of Pune! The Doblo that has been spotted was wearing temporary plates and had not even a hint of camouflage. The Doblo was first launched in 2001 and has manged to sell more than a million units. Internationally, the Doblo is sold both as a panel van (called as the Doblo Cargo) and as five or seven seater passenger models, being marketed as “leisure activity vehicles.” (Trust these marketing guys to come up with anything!) It may be noted that so far, Fiat India has not talked about any plans of launching the Doblo in India. Rather, what’s headed our way is the Punto facelift, Punto Avventura and the Fiat 500 Abarth. The Fiat 500 Abarth is powered by a 1.4-liter, turbocharged, 4 pot petrol engine that is internationally available in two states of tune- 137 PS and 163 PS.

Coming back to the test mule here, its purpose of testing on Indian soil is not yet known. However, one thing we are quite sure of is that Fiat Doblo launch in India is not in the offing. In all probability, the Fiat Doblo test mule that you see here has been imported by Fiat India only to collect data by testing it on varied terrains that our country offers. It may be noted that Fiat has also been seen testing the Bravo in India. However, the Bravo never came to us and continues being used by high officials at Fiat Pune. We believe that the Doblo you see here has a similar fate. 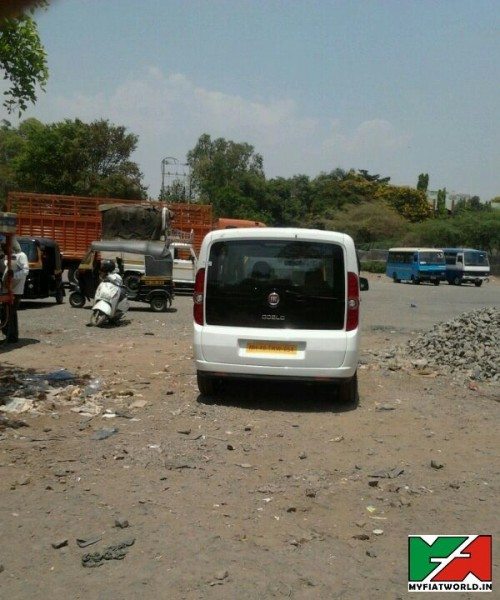 What do you think? Should Fiat launch the Doblo in India? Do let us know by commenting below.