The upcoming 2015 Hyundai i20 has been spotted again and this time around, the car has been seen testing on the public roads of Chennai. 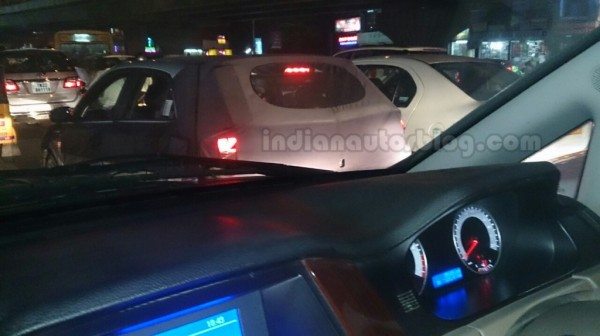 The next gen 2015 Hyundai i20 should make its public debut in the second half of this year and is expected to come here soon after its launch in Europe. The new Hyundai i20 made its global debut way back in 2008 and has alraedy received a mid life facelift. Hence, it is only obvious for the carmaker to get busy with readying the next generation model.

The next gen i20’s styling will be an evolution of the fluidic design sculpture and the upcoming model could look quite different to the current gen car. There are good chances that the current motors- 1.2-litre petrol and 1.4-litre diesel- would be carried over to the next gen model, albeit with slight tuning for better performance and efficiency. 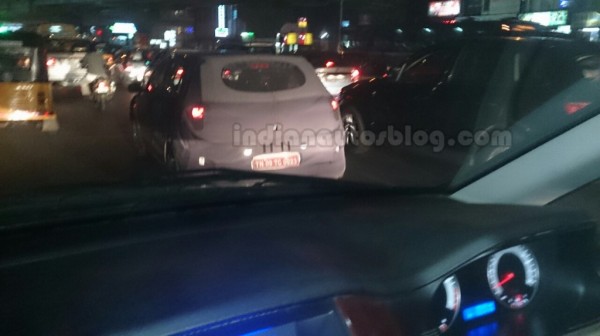 The next generation 2015 Hyundai i20 seems to have longer wheelbase but there are very few chances that the overall length of the car will exceed 4 metres. The current i20 measures 3,995mm, which means that the next car might not be longer than the current model. It may be noted that sub 4m credentials will be required by the next gen model to qualify for the excise duty relaxations being provided by the Indian Government.

Nothing more is known about the upcoming 2015 Hyundai i20 but safely expect us to update you with more dope as soon as we manage to dig out more details.