Home Audi SPIED: Volvo XC40. Will it come to Indian market to rival the X1 and Q3? 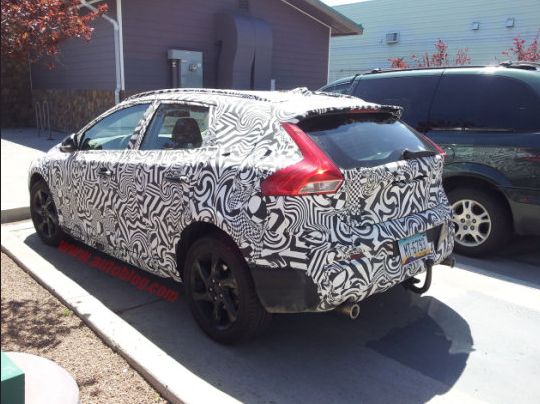 BMW X1 has been a successful product from the Bavarian car maker. At least, successful enough for Audi to develop the Q3 crossover.  In a latest development, it has been found out that popular Swedish car maker Volvo too is readying itself to jump into this market with XC40, which was recently caught testing in Arizona, USA. The upcoming crossover from Volvo is based on the 2012 Volvo V40 wagon and the car will be make its public debut at the 2012 Paris Motor Show

2013 Volvo XC40 crossover should boast of a good ground clearance and all wheel drive as an option. The XC40 should borrow the motors from the V40 and that means the car will provide an option of two petrol and two diesel engines.

It may be noted that Audi will be soon seen launching the Q3 in India and it makes considerable sense for Volvo, which has suddenly become pretty aggressive in the country, to launch the XC40. It makes good sense to introduce this crossover to the Indian market. As it is, we Indians are very fond of SUVs and crossovers. Are not we?