Home News SPIED: Tata’s Answer to the Baleno and Elite i20, the 45X

Earlier this year, at the Delhi Auto Expo, Tata showcased a range of concept cars. One of them was the 45X hatchback, which was showcased behind a glass frame. At that point in time, the concept was merely a design study. It stood there to show us the future of Tata Motors in terms of design and architecture. Thanks to the power of the internet, we are now able to show you pictures of a production-spec test mule of this hatchback. While the camouflage wrap on the car hides the intricate details of the car, the side profile is quite similar to what we saw at the Expo. 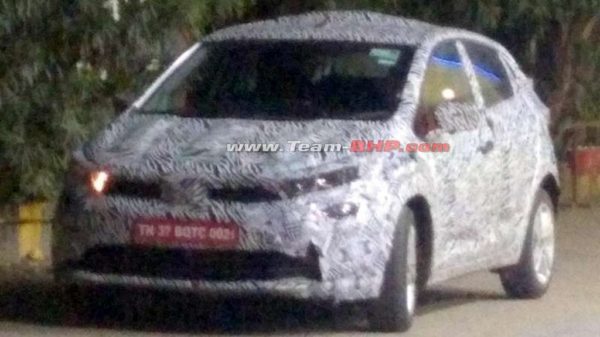 This premium hatchback will take on the likes of the Maruti Suzuki Baleno, Elite i20 and Honda Jazz once it comes out. The engine specs are not out yet but we expect it to come with the same Revotron and Revotorq petrol and diesel engines from the Tata stable. They may be tuned in a different manner to suit the hatchback and boy would we love a JTP version as well. Coming back to the pictures, the test mule is seen sporting rather neat looking 4-spoke alloy wheels. The front headlights are wide and there also is a huge air dam at the lower end of the bumper. Things at the rear are also well hidden but we do see a rear wiper and a low number plate mounting. 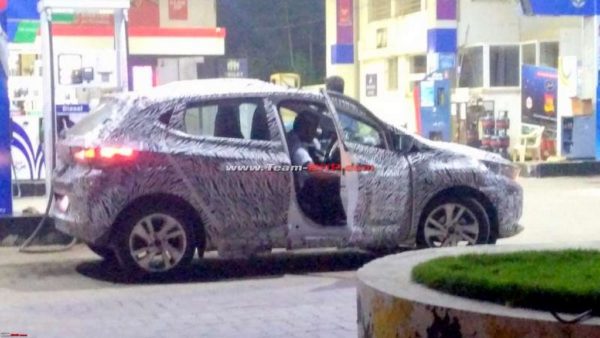 Going by what we saw Tata do with the upcoming Harrier SUV, we can safely predict that the production-spec car would look pretty much like the concept car seen at the Auto Expo. Going by the looks of the test mule, the launch of this premium hatchback cannot be too far away but until then, we have the Tata Harrier to dedicate our attention to. Stay tuned for more updates from the Tata stable. Below is an image gallery of the 45X concept car.