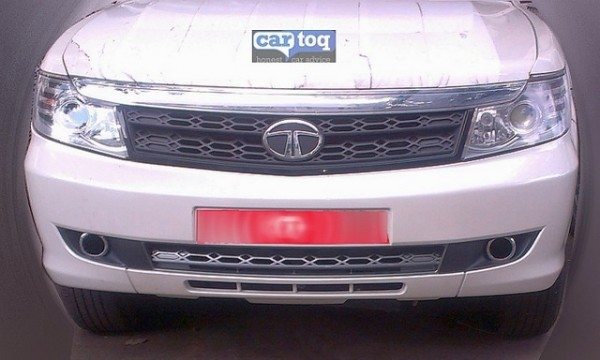 The Tata Safari Storme facelift has been spied in Pune, indicating that another storm is brewing over at Tata Motors. An answer to the revised Mahindra Scorpio, the Storme face-lift carries minimal, re-tweaked exterior embellishments which include a new grille with a new honeycomb pattern and different front bumper work.

Changes to the interiors are unclear at the moment, but it is being said that the new Tata Safari Storme will benefit from an updated touchscreen equipped infotainment system and a proper, front facing third row of seats. 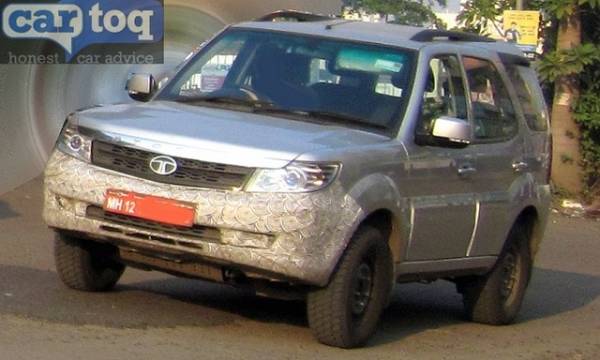 The updated Safari Storme is also rumored to borrow the 2.2 liter VARICOR turbo diesel engine from the Aria in its highest state of tune, producing 148 bhp of power and 30 Nm of torque. The 5 speed manual gearbox will be retained and so will be the rear wheel drive layout, along with the shift-on-the-fly four wheel drive system from Borg Warner on the top-end variant of the Storme. 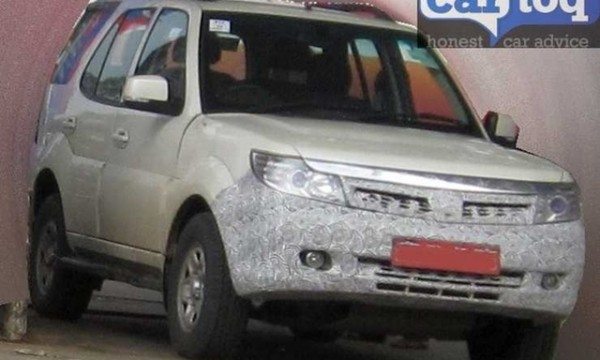