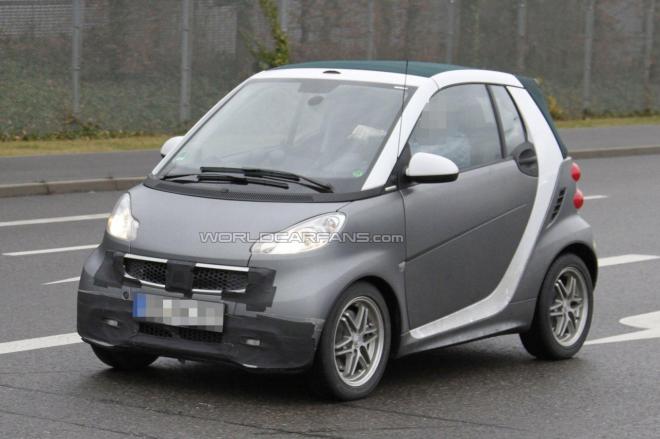 Good folks at worldcarfans have managed to photograph a camouflaged Smart compact car that seems to be receiving a botox treatment. The test mule was found outside the Mercedes development facility in southern Germany. The second generation of Smart compact came to market in second half of 2006 and had seen a minor facelift with the LED daylight running light and new color variations making it to the car in 2010.

This second facelift seems to considerably more comprehensive but far from being anything ground breaking. The sparsely camouflaged front end can be seen sporting a newly designed front bumper & grille and the Smart insignia has been transferred from the hood to the center of the grille. In the rear, the only change is a restyled bumper fascia.

Expect the car to hit the international market in late 2012.