After entering the automatic scooter segment with the Ray, Yamaha is set to launch a new scooter christened as the Cygnus Alpha. The model will share bits with the Yamaha Ray.

Seen here is the undisguised spy pic of the automatic scooter from the Japanese two wheeler manufacturer, which will be launched soon.  The Yamaha Cygnus Alpha will lock horns with the Honda Activa, Suzuki Access and the Piaggio Vespa. 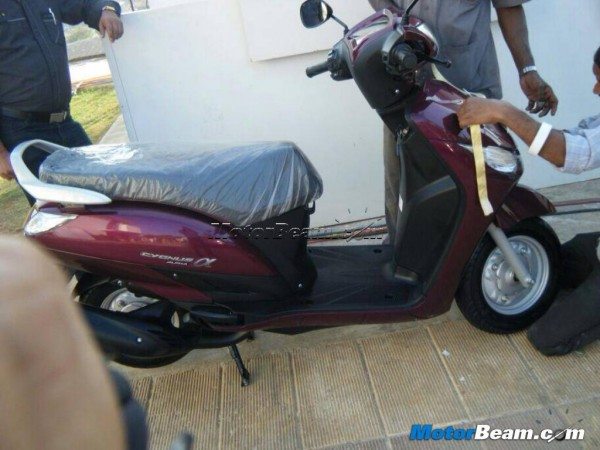 Stay tuned to Motoroids for more updates on the Yamaha Cygnus Alpha scooter.