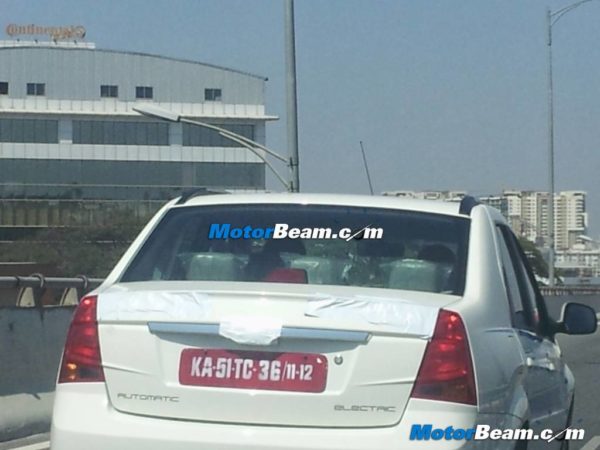 As can be seen in the images here, while the Mahindra logo on the car are covered, ‘Automatic’ and ‘Electric’ badges have been left unconcealed. It may be noted that the car maker showcased the Verito EV concept back at the 2012 Auto Expo and now, there are good chances that the car would be launched at the fast approaching 2014 Auto Expo. 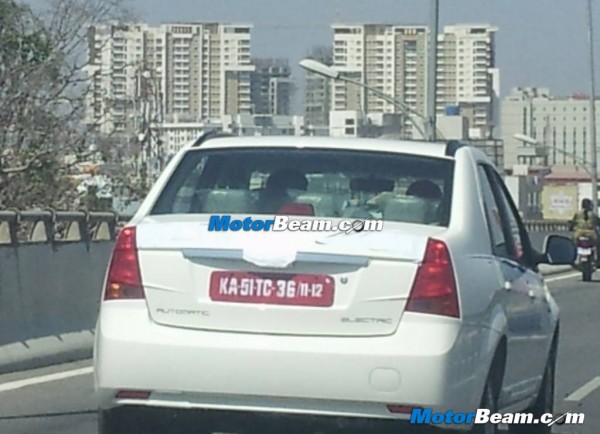 Powering the Mahindra Verito EV concept that was showcased at the 2012 Auto Expo is a 72V Lithium-ion battery pack. This battery pack can be charged in a matter of 6 hours and provides juice to a 29 kW AC motor. Power is sent to wheels thru a single-speed transmission. The car has a claimed top speed of 86 kmph and the max driving charge has been rated at 100 kms.

Stay tuned to Motoroids for more updates on the Verito electric variant launch, price announcement and other related details. 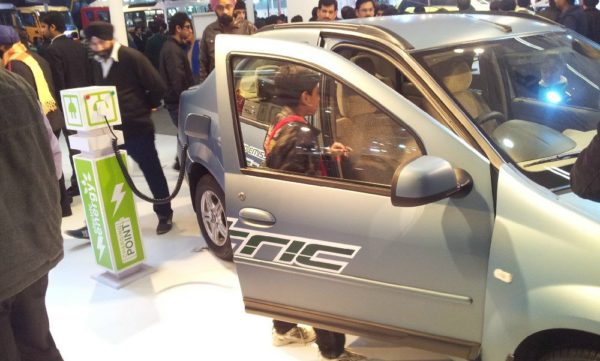 – Mahindra Verito Electric Concept that was showcased at 2013 Auto Expo