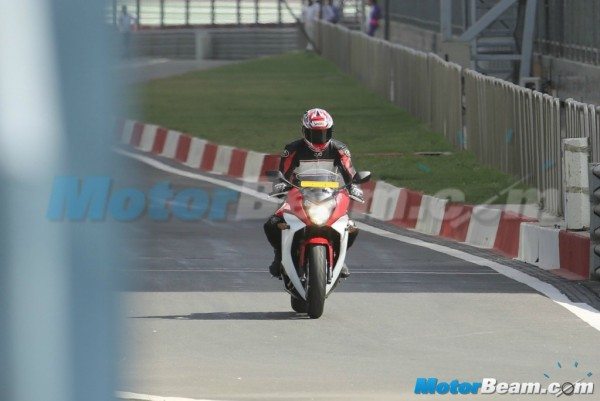 The Honda CBR650F has been eagerly awaited in India for a while, after it reared its Japanese head at the 2014 Indian Auto Expo. Now, finally, one of these has been caught doing laps of the Buddh International Circuit (BIC) and possibly, for a promotional ad shoot. It is clear however that Honda Motorcycle and Scooter India (HMSI) will commence the production/assembly of the CBR650F in July at its Manesar plant. The middleweight, fully faired sports tourer will only come to India via the CKD route and combine that with HMSI’s 5% localisation strategy, the net outcome is an ex-showroom price of appx INR 7 lakh (estimated). 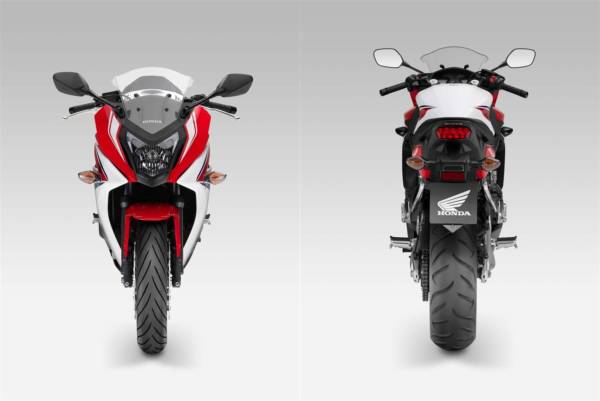 Launch will be in July and localisation for the CBR650F will be a lowly 5%.

Being quite the premium product, HMSI will sell the CBR650F through select 20 locations in India. As we expected, the Honda is significantly pricier than its Kawasaki and Benelli rivals. That said, the Honda CBR650F isn’t bare-bones and features a 649cc inline-four liquid-cooled engine that sends 87bhp and 63 Nm of twist to the 180-section rear tyre. Transmission duties are handled by a 6-speed gearbox and braking chores are taken care of by 320mm dual discs at the front and 240mm single disc at the rear. Of course, the brakes get ABS feature as standard fitment. 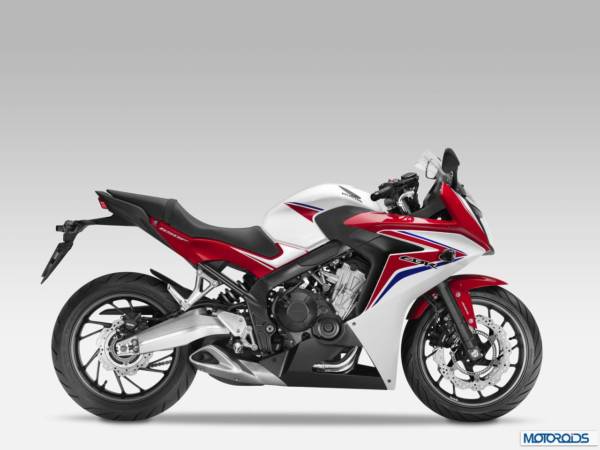 ABS comes as standard on the CBR650F, which is vital for a bike of this genre.

We have covered the pricing aspects and have also provided you with an extensive technical specsheet. Both of which you can find out by clicking over here and here, respectively. We will keep you updated on the Honda CBR650F and any developments on its front. Till then, let us know what you think about HMSI’s upcoming new product and whether or not you will write a cheque of over INR 7 lakh for the CBR650F.