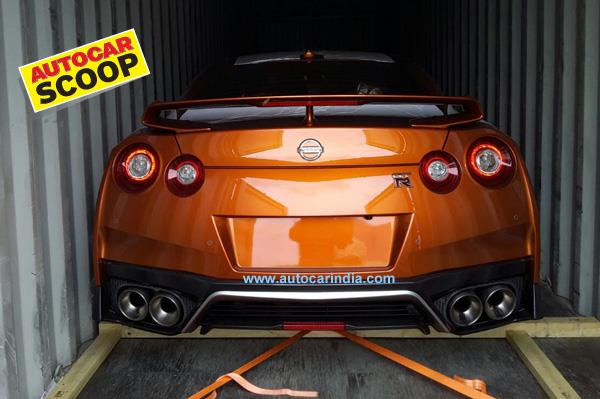 Nissan India recently opened pre-bookings for the upcoming 2017 GT-R ahead of its launch in the country. Customers can book the Japanese automobile manufacturer’s flagship car by paying a deposit of INR 25 lakh. Now, new spy images reveal the first lot of the 6 GT-Rs that have made their way to the Indian shores.

Spy images reveal two units of the GT-R, fondly called the Godzilla, in a shades of orange and red respectively, parked in a container. The models were said to be waiting for custom clearance at the Mumbai airport. It is believed that Bollywood actor John Abraham, who is also the brand ambassador for Nissan India, will be the first customer of the Japanese supercar. 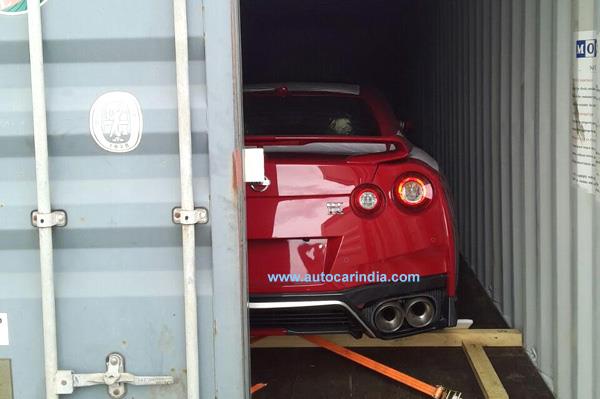 Reports further added that the models will be delivered on a first come, first serve basis even as the first lot of the GT-R is sold out prior to its launch. Sources have suggested that Godzilla will command a rather steep price tag in the range of about INR 2 crore. The 2017 GT-R will initially be available only in Delhi while the test drive will be held at the Buddh International Circuit.

Propelling the upcoming Nissan GT-R is a 3.8-litre turbocharged V6 engine that is capable of producing an output of 570 PS and 637 Nm of torque. Transmission duties are taken care of by a six speed dual clutch transmission. The powertrain enables the GT-R to sprint from 0-100 kmph in less than three seconds.

Following is an image gallery for the 2017 Nissan GT-R: