Fiat Punto Evo is all set for its scheduled launch in August. The company has already started dispatching the vehicles to dealers. Few days back we reported photographs of Punto Evo being captured at a dealership yard in Mysore. Now, more images of the upcoming Punto Evo have surfaced from automotive website www.autoz.in. 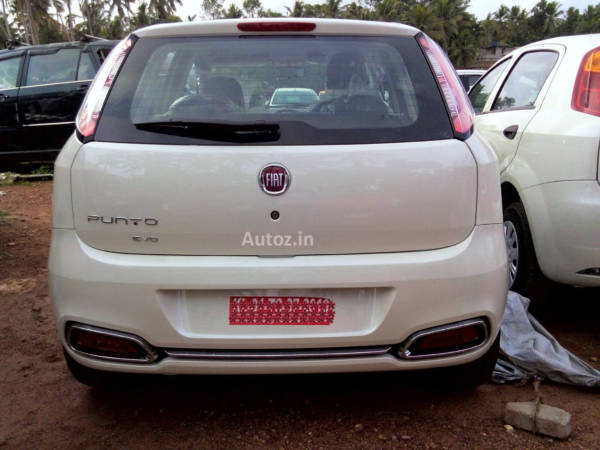 The new Fiat Punto Evo gets a front-end design similar to that spotted on the Avventura concept which was displayed at the Auto Expo 2014. The front grille of the car receives chrome treatment. The fog lights too are housed with a chrome outlining. Rear end of the car also receives bulk of chrome in form of strip below the number plate and outlining of the stoplights.

On the inside, the Punto receives a new dashboard, a new steering wheel and updated instrument clusters along with features like Bluetooth Connectivity, USB and AUX ports for the infotainment system. Other add ons include automatic headlamps and wipers. What’s also eye catching on the inside is the rear AC vent. 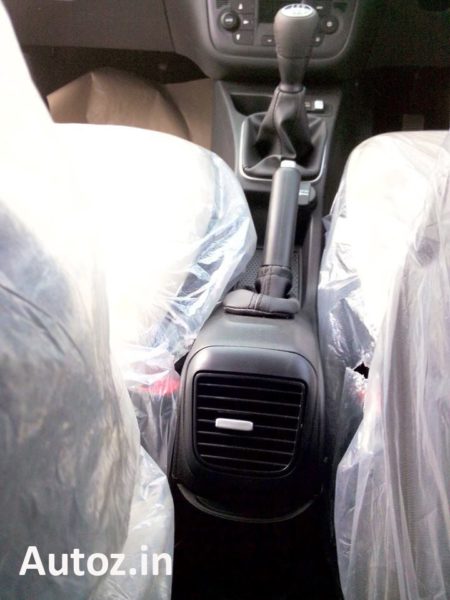 However, the new Punto Evo is a cosmetic upgrade only and will be powered by the same engines that are found on the current models. The petrol variant will come in two engine variants – 1.2-litre and 1.4-litre motors which would produce 68 bhp and 90 bhp respectively. The diesel engine will be Fiat’s own 1.3-litre powermill which will be offered in two states of tune – 75 bhp and 90 bhp. The power will be transferred to front wheels via a 5-speed manual transmission.

Stay tuned into Motoroids as we get you more updates about the new Fiat Punto Evo as and when they surface. Do share your thoughts through comments below.