Hyundai has announced that the ix35 Fuel Cell now holds the record for the longest journey completed by a hydrogen-powered production car.

Hyundai took their ix35 Fuel Cell which is the world’s first mass-produced hydrogen car on a three country. The journey took no less than ten hours and the vehicle was driven from Oslo, Norway to Malmö, Sweden via Gothenburg, Sweden and Copenhagen, Denmark, covering a distance of 700 km (435 miles) on a single tank of hydrogen. 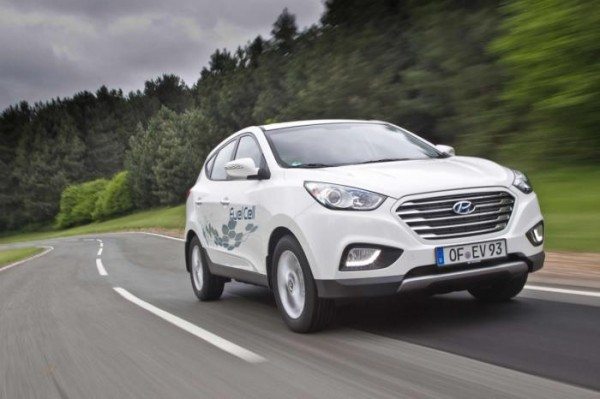 Non-profit eco-pioneer Marius Bornstein who drove the car, said: “We had planned to finish in Copenhagen, but realised there was enough hydrogen left in the tank for a longer drive. When we arrived at the filling station in Malmö we still had a few kilometres of range remaining. To achieve this distance on just one tank of hydrogen shows the potential of this technology and the ability of the Hyundai ix35 Fuel Cell. I believe this is a world record.”

The Hyundai ix35 Fuel Cell was driven at an average speed of 76 km/h (47 mph. At the end of the journey, the trip computer still showed almost 10 km (6 miles) of range. The car driven was a production-spec ix35 without any modifications that could have improved its range. The Hyundai ix35 managed to exceed the official 594 km (369 miles) stated by Hyundai.