Home News SPIED: This could well be the next, more intense Pagani supercar 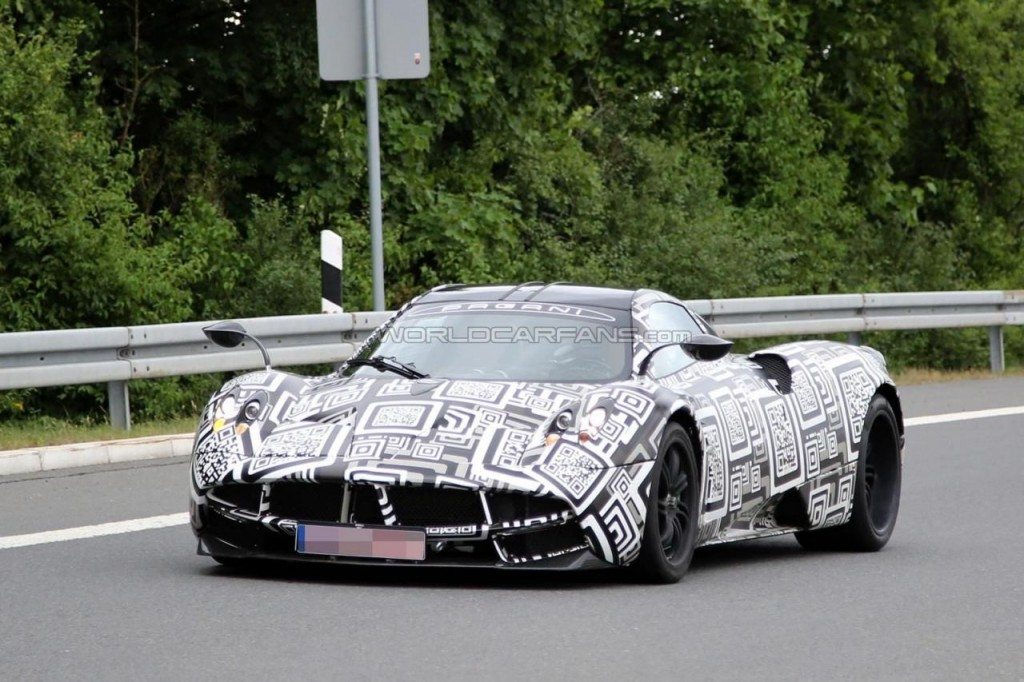 The standard Pagani Huayra is a pretty insane piece of kit. Its AMG-derived 6.0-litre twin-turbo V12 engine produces over 700 horsepower and an insane 1000 Nm of torque. This power helps push the Huayra to 100 km/h in less than 3.5 seconds, and can hit a top whack of 370 km/h! However, if reports are to be believed, this barcode-covered Pagani Huayra could be a very serious supercar, indeed. Pagani only made 100 fine examples of the original Huayra, and all have been spoken for. 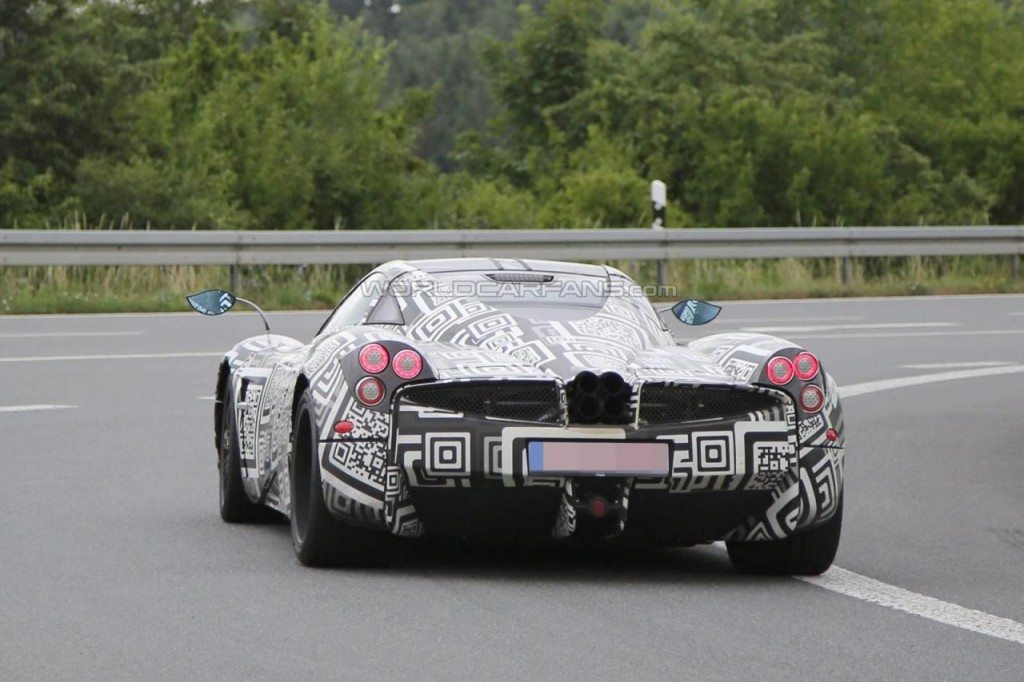 This test mule has been spotted in Euro land and by the looks of it, the Italian exotic carmaker is trying to let out some information, whilst keeping the details of it concealed, at least for now. Also, these QR codes aren’t there just for show. Pagani has wisely embedded the information of one of their web pages into these QR codes, scanning which will take you directly to a development page. On this page, you will find a few video clips of Pagani’s boffins tinkering with the test mule. The “development” page ends with a rather intriguing “…to be continued.” 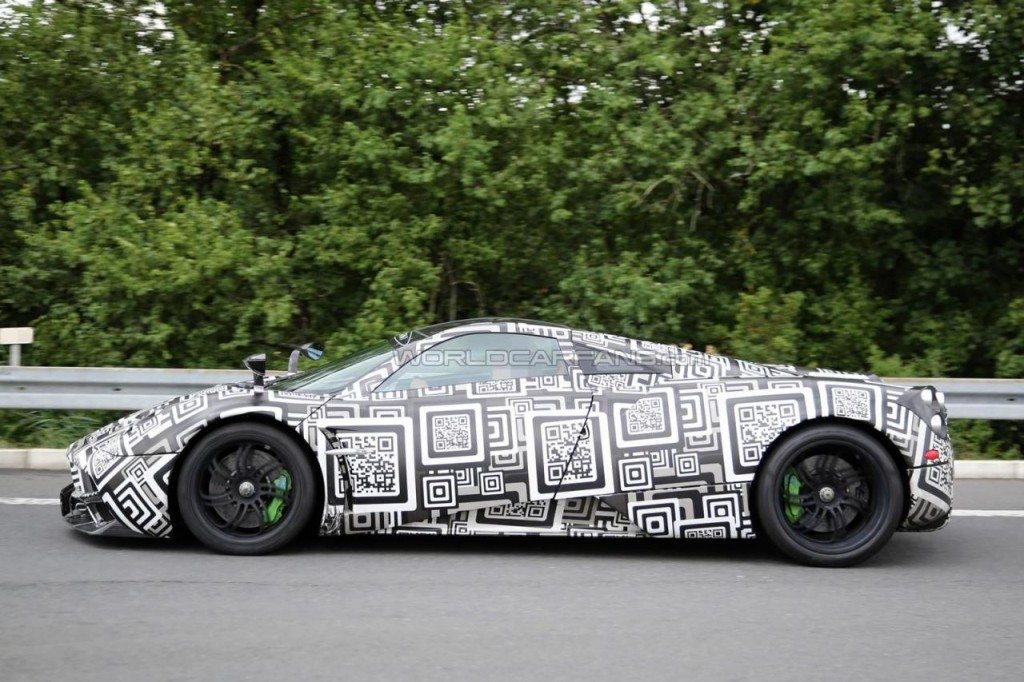 The spy images also reveal what could be one of the biggest giveaways of this being a more hardcore version of the ‘standard’ Huayra – the green painted brake callipers. The test mule is also wearing some serious aero kit; could this point to a racetrack-oriented Huayra? It is likely that this Pagani might well be propelled by a re-tuned AMG powerplant, thus making more oomph (!) Being a Pagani, this one (whenever it might be launched) will surely wear an astronomical price tag and will only be sold in very limited numbers. 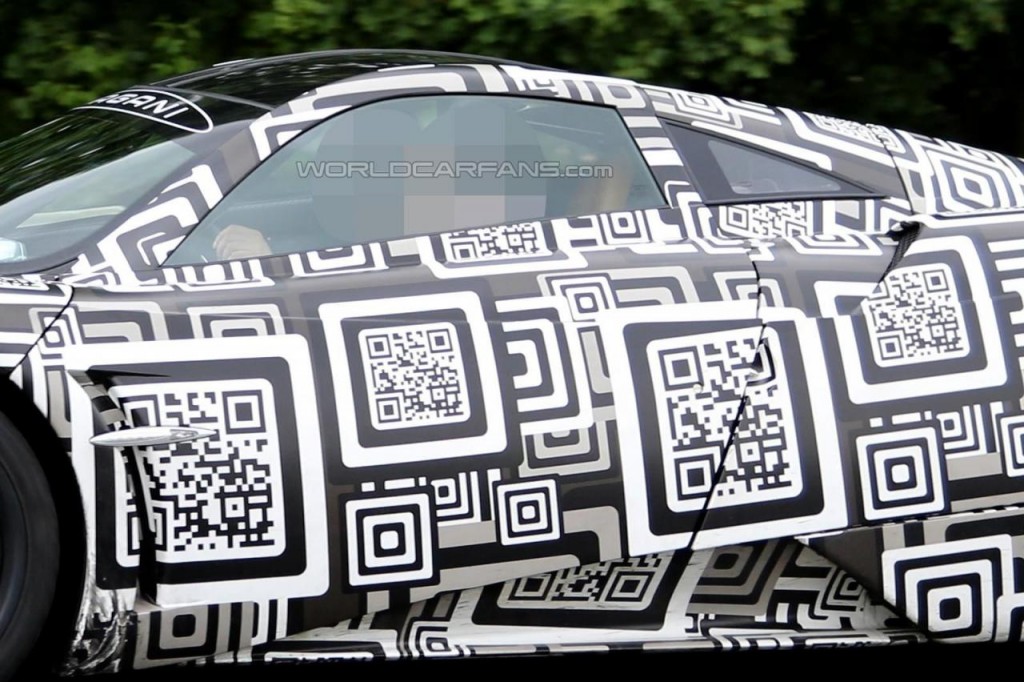 These QR codes are actually functional

Pagani may reveal this ‘new’ Huayra later this year or in early 2016. After stiff competition from the likes of Ferrari and Lamborghini (among others), it wouldn’t be surprising if this upcoming Pagani supercar comes with a million-odd horsepower and a top speed that would scare most seasoned drivers.