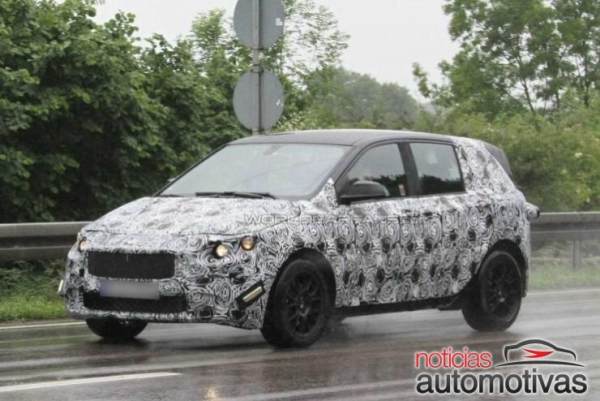 Money is what matters, heritage be damned! Carmakers across the globe are giving up on their traditions and pedigree in some way or other to make sure that they could push more sales, and add some more flab to their balance sheets. Porsche Cayenne and Panamera, Aston Martin Cygnet, Lamborghini’s rumoured ‘everday car’ – all of them point at carmakers trading exclusivity for volumes.

A similar phenomenon, though of a much lesser magnitude is happening with the premium car market as well. Carmakers such as Audi, Merc and BMW are increasingly reducing the size of their cars to make them more affordable, and provide the pleasure of owning one to the maximum number of people. Which is OK I would reckon, as long as these cars preserve their DNA. But as we know, it never happens, especially when costs become the prime concern.

A similar example of a premium manufacturer adapting to times is what you see above. This is a 5-door BMW hatch undergoing tests in Germany, and expected to take the cheapo-premium car fight back to Mercedes-Benz which has the A- and B-class as its soldiers in the field. All the cars I mentioned above, including this new BMW are front wheel driven. And you’d know by now that I already hate BMW for what they are trying to do.

The new 5-soor car will share its platform with 2013 Mini Cooper. Power will most likely be supplied by a 1.5-liter three cylinder and a 2.0-liter four cylinder petrol engine, both with turbo and DI. These models are meant primarily for markets such as Brazil, India and China – places which don’t have as many purists as Europe and North America.

It’s quite an irony that BMW has always promoted RWD over FWD cars. Now with these new FWD cars, the German carmaker should be ready to swallow back some words that it uttered some while ago. Here’s a video of BMW telling you the advantages of a RWD car over a FWD car. I wonder what they would have to say about this very well made video when they market these new econo-hatches. Enjoy the paradox.

I would really want you guys to strongly voice your opinions on this one, as I personally think that it’s no less than a crime to adulterate the breed called BMW.