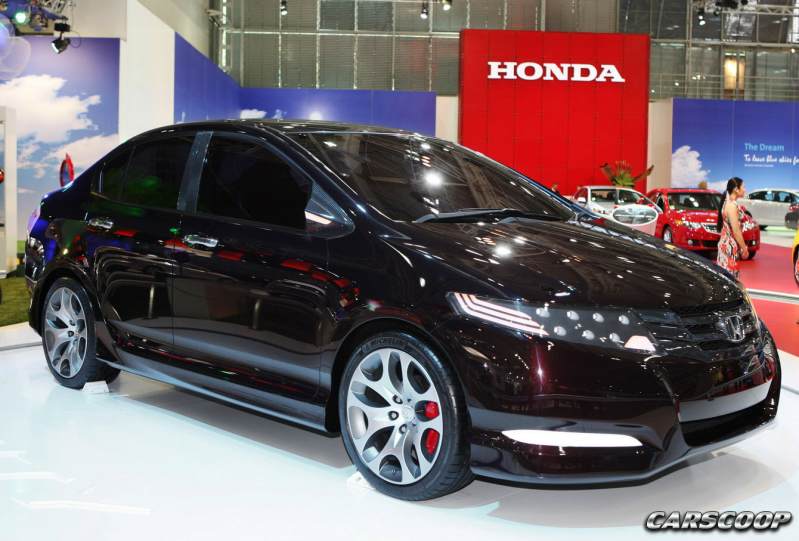 Honda City has been around for some time now, and we are now expecting a mid-life makover for the car, especially in the wake of increasing competition from new rivals. A few international blogs, including Noticias Automotivas of Brazil, is reporting that the Japanese company is planning a mid-life makeover for the car. The models selling in Thailand, Malaysia and of course India are due to get a refresh very soon.

While no official word has come out on the changes to be made on the refreshed version, the upgrade should get a good bit of inspiration from the concept car shown above. Exhibited in 2008 Australian International Motor Show, the car sported LED lamps, sexy looking alloys and an array of cosmetic upgrades which made it look really sci-fi. For the face lift version the new City should get a new set of front and rear bumpers, new alloys, new headlamps and new taillamps. Minor changes to the grille could also be expected.

Inside the cabin, the car will get a new instrument panel, new interior trim, and hopefully a CD player. Engine and transmission will remain unaltered, until 2013 that is, when a 1.5-liter diesel engine may make it under the car’s bonnet.