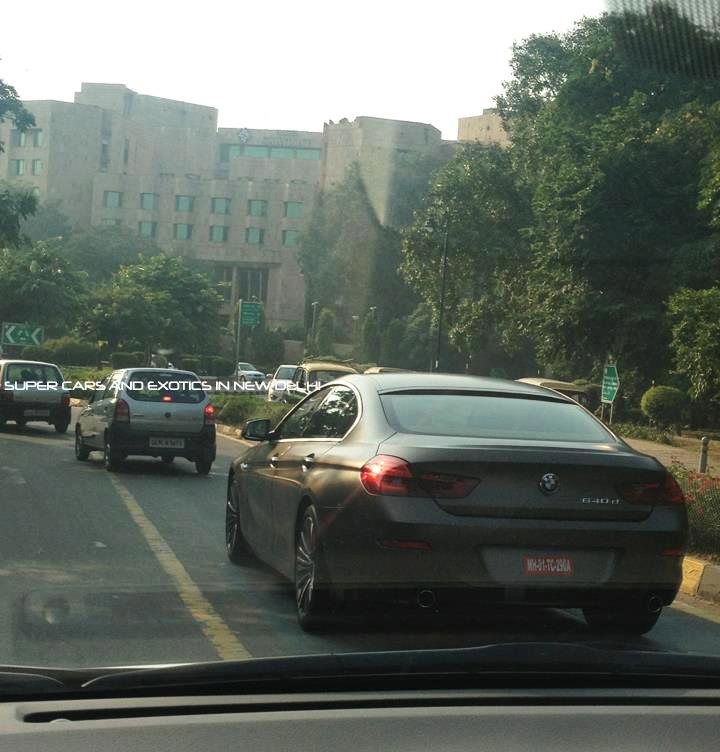 The first generation of M6 came out way back in 1983 and since then, it has been the flagship sports car from the Bavarian manufacturer. I have some fond memories of piloting the latest 6 series coupe on a well paved 6 lane road. The 6 series coupe is a perfect recipe for having some serious fun and all you can wish for is some more space to squeeze in some more friends.
Now, the news is that BMW India is busy working on getting the four-door version of the current 6 Series to India. The car will battle it out against the Audi A7 and the Mercedes CLS, both of which have quickly generated a big fan base in India.
A BMW 6 Series Gran Coupe was recently spotted testing on streets of Delhi and the variant that has been caught testing is the 640d which is powered by a 313 bhp, 3.0 litre diesel engine.  The range topping 407bhp 650i is also expected to make it to our shores.
The BMW 6 Series Gran Coupe should be officially launched in India before March 2013.
Pic Courtesy: Facebook
News
,
Comments
Leave a Reply Cancel reply