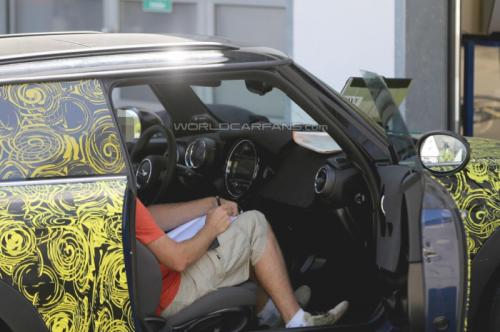 The spy photographers of WCF are at it again! After coming up with clear spy shots of the interiors of upcoming 2015 Mercedes Benz C Class, they have now come up with spy shots which partially reveal the interiors of the 2014 MINI Cooper.

As can be made out from the pics, the next gen MINI Cooper will get completely new interiors and the speedometer will now sit behind the steering wheel, unlike the current car’s speedo which is  positioned just above the centre stack. The round shape of the central instrument panel, however will be retained to house the audio and other controls. 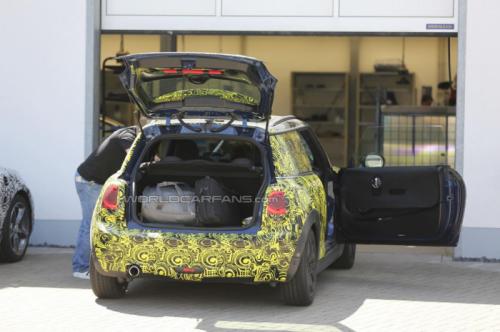 Also, the next MINI will come with a roomier cabin that will provide better legspace passengers and approx. 200 litres of bootspace (compared to current car’s 161 liters). 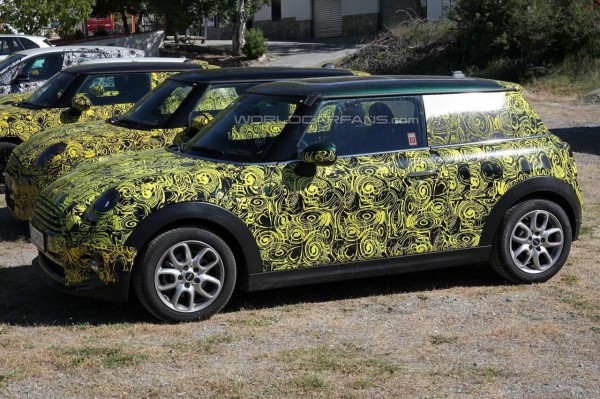 On the outside, the visual differences will include slimmer A-pillars, a smaller front grille, redesigned tail-lamps and new bumpers.

The new MINI cars will be underpinned by a new BMW platform which is termed as FAA and the cars will have a front wheel drive layout.

While the base variants of the MINI will get the latest gen three-cylinder TwinPower BMW engines, the go-faster Cooper S John Cooper Works models will feature 1.6-liter turbo petrol units with about 180PS for the S version. The power will be bumped up to about 220bhp for the top of the line John Cooper Works versions.

The next gen 2014 MINI Cooper will be unveiled at the upcoming Frankfurt Motor Show in September.