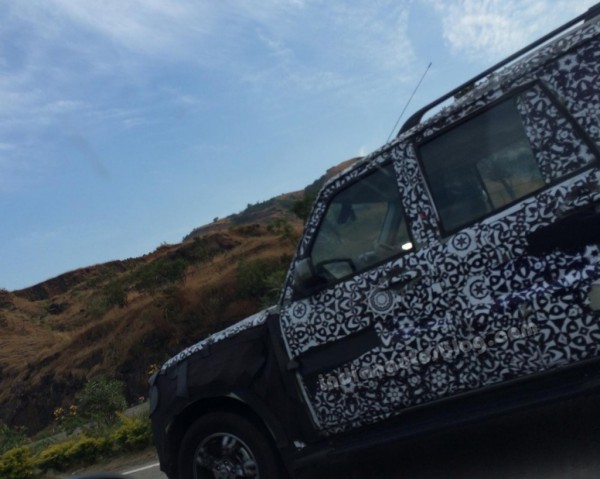 The 2014 Mahindra Scorpio facelift has been spotted again! This time around, the upcoming Scorpio refresh was spotted on Mumbai-Pune expressway by an IAB reader.

It is highly expected that the Scorpio facelift would be greet us at the Auto Expo 2014 and the upcoming facelift should enable the fast ageing SUV to soldier on for a couple of years more, until the complete model replacement arrives in late 2015/early 2016.

The Mahindra Scorpio has been on sale since over a decade now and save for a couple of powertrain updates, has remained largely unchanged. To make matters worse, the advent of new vehicles has resulted into the sales of the Scorpio taking quite a hit. 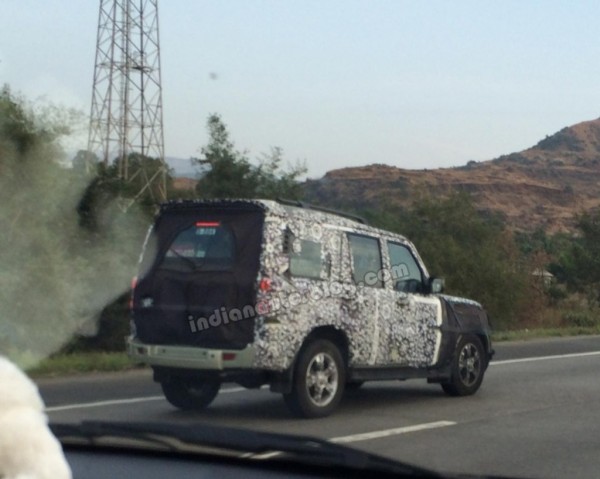 The soon-to-be-launched Mahindra Scorpio facelift would feature a fully revised front fascia that would sport a revised front grille, new headlights, and new front bumper. The car could also boast of new fenders a considerably updated rear.  Other than considerably updated exteriors, which would consist of updated front and rear ends, the car’s dashboard and upholstery too are most likely to be changed. Good chances that the car would also get additional equipment and re-tuned motors.

What do you have to say? With much more modern competition such as the new Nissan Terrano coming its way, would the visual updates be enough to make the decade-old Scorpio sufficiently potent to fend off all the increased heat? Do pen your opinion at the comments section below.

Stay tuned to Motoroids for more dope on the soon-to-be-launched 2014 Mahindra Scorpio facelift.