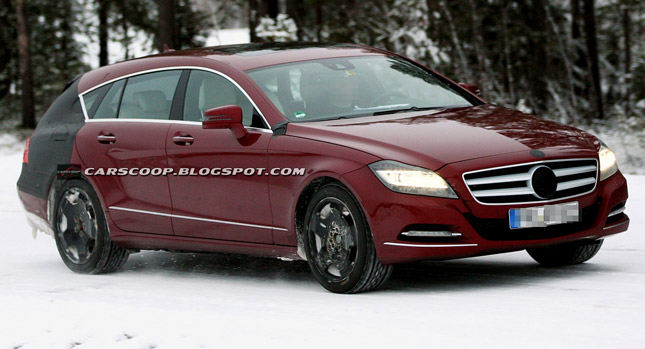 With the coming of the all new and second generation of the CLS sports sedan, there will also be an interesting sister of the car that should be christened as the Shooting Brake. Carsccop has managed to capture the images of the CLS Shooting Brake being tested. The sleek-looking estate model was testing in Europe when caught. It is being said that the E class estate is Roomier than CLS Shooting Brake but the new kid on the block will be have a larger boot.

The design of ‘near to production’ estate is not too different from the Shooting Break (In words of Mercs) concept car seen in 2010. The estate should share the several engine options with the sedan.

There is some possibility that the German biggie may introduce the CLS Shooting Break as early as next month at the Geneva Motor Show.