A special edition Ford Mustang GT, paying tribute to US fighter pilots who served in the RAF during World War II, will debut at Goodwood Festival of Speed 2018. The one-of-a-kind Mustang GT takes inspiration from the RAF Eagle Squadrons that flew over the fields of Goodwood nearly 80 years ago.

The Squadrons included a diverse group of American volunteer pilots who risked their lives fighting in the skies over northern Europe, including the British coast and France before the US entered the war. The Eagle Squadron Mustang GT will be piloted up the hill by world champion drifter Vaughn Gittin Jr. on Thursday July 12 before being on static display throughout the rest of the Festival. 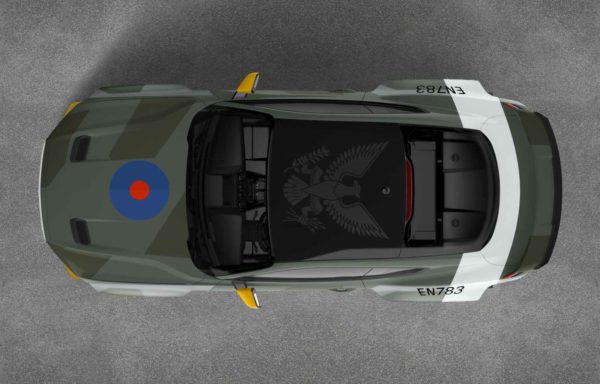 After its world debut at the Festival of Speed, the Mustang will head to the Experimental Aircraft Association’s largest fundraiser, The Gathering, held on July 26 during EAA’s AirVenture event in Oshkosh, Wisconsin. AirVenture draws more than 500,000 aviation enthusiasts annually and the car will be auctioned off at The Gathering to support the EAA’s youth education programmes. The auction is also open to global bidders.