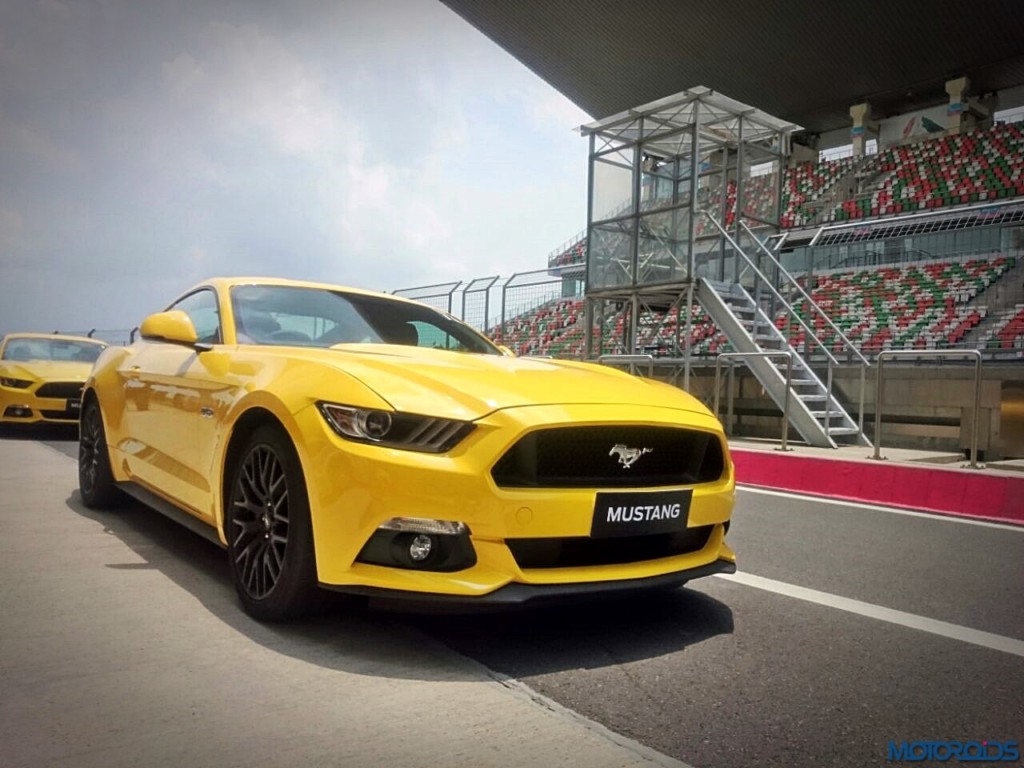 Post its Indian launch yesterday, we drove the iconic Ford Mustang at the Buddh International Circuit today, and here are some visuals inter-spaced with information efore our ‘track drive experience’ story comes along. The Mustang, now in its sixth generation, has been around since 1964. I’ll save the long history lesson for another time, and focus on the Mustang at hand here. Incidentally, this is the first time in the Mustang’s 52-year old history that they’ve fitted the steering wheel on the right hand side for the letting the brand spread to markets like ours. And its seems to have worked wonders for them, as in its very first year of global availability including in RHD markets, the Ford Mustang became the world’s best-selling sports coupe, with around 110,000 units sold in 2015. 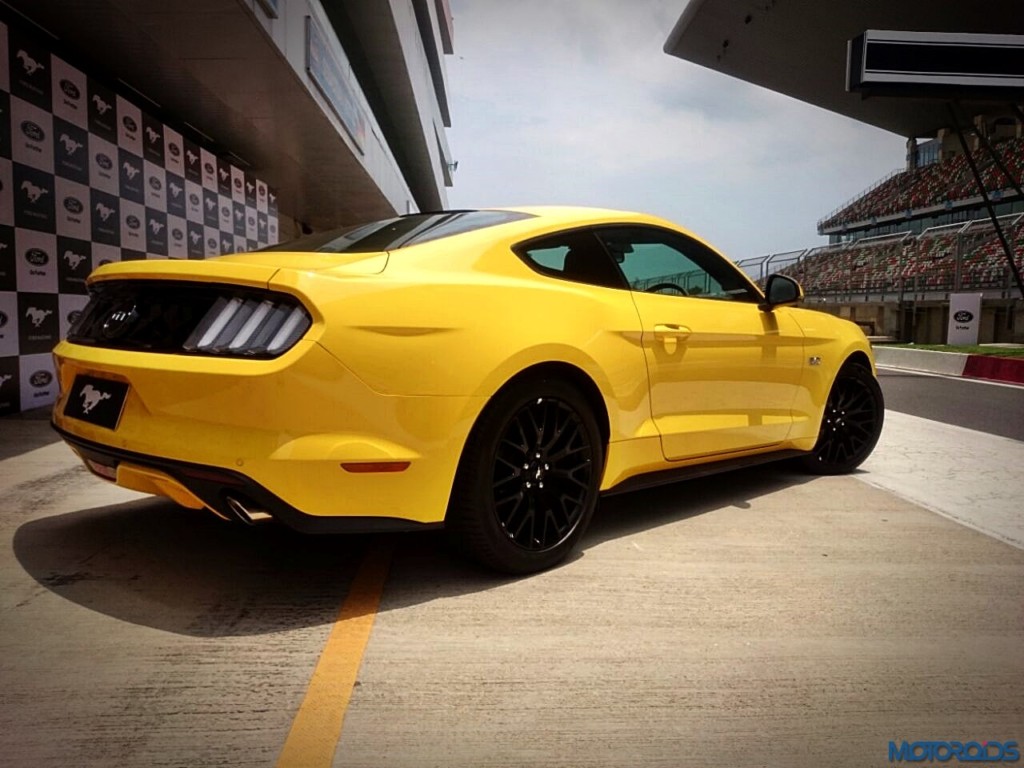 As for appearances, the latest pony trumpets its visual assets with a kind of attitude that’d you’d expect to find dripping off from eyes involved in a grizzly bar fight. I’do go out on a limb and say that this is the most attractive of them all, apart from the original ’64 Coupe and the ’67 Fastback, which was later glorified to be the Eleanor. If you ask me, the Mustang lost a bit of its visual hustle during the decades that followed, with a string of ambiguous designs that bequeathed the true character of the original. This one, the latest in line, fits into the Mustang scheme of things like a glove. 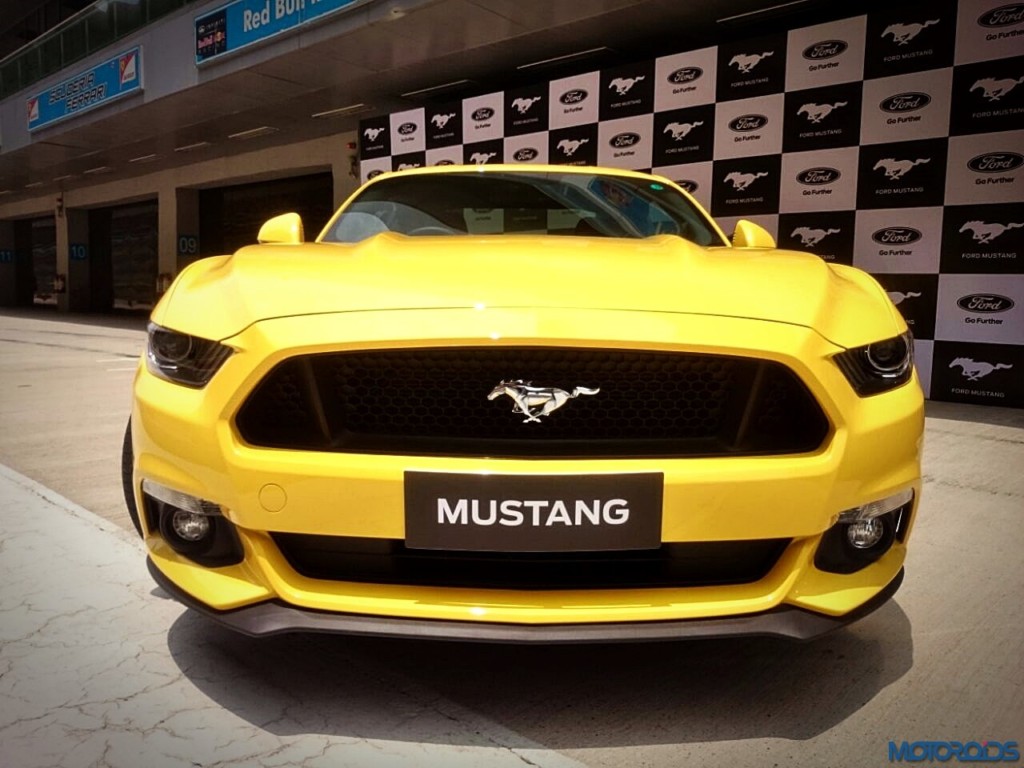 The all-new design of the new Ford Mustang warmly evokes the character of the brand by retaining key design elements, including the long sculpted bonnet, the signature “shark-bite front fascia”, the trapezoidal grille, the customary tri-bar tail-lamps, and a short rear deck. The execution is a modern day medley of iconic design elements. Compared to its predecessor, the new Mustang has a lower, wider stance with a reduction in roof height, along with wider rear mudguards and track. In profile, things get sleeker, with the more steeply sloped windshield and rear glass coming into play.

Inside, it’s a splattering of aviation-inspired elements in the dials, vents and the toggle switches. Our man from ground zero sends across the message that though the overall quality of materials employed inside aren’t German battle ready yet, it befits the Mustang’s slightly hard-edged character. Being 2016, you’ll be spoiled by the six-way power-adjustable, leather-trimmed driver and front passenger seats that are also heated and cooled, along with more shoulder and hip room for rear-seat passengers. The boot can accommodate a couple of golf bags, and when you’re not enjoying the hairy chested exhaust note, there’s a 9-speaker sound system at your disposal. 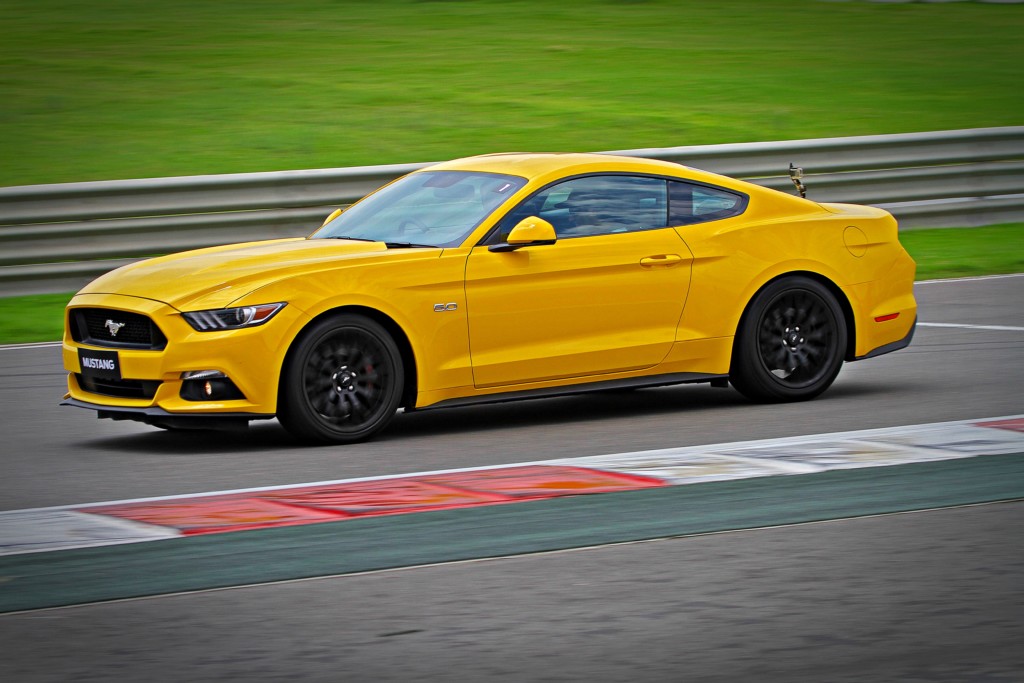 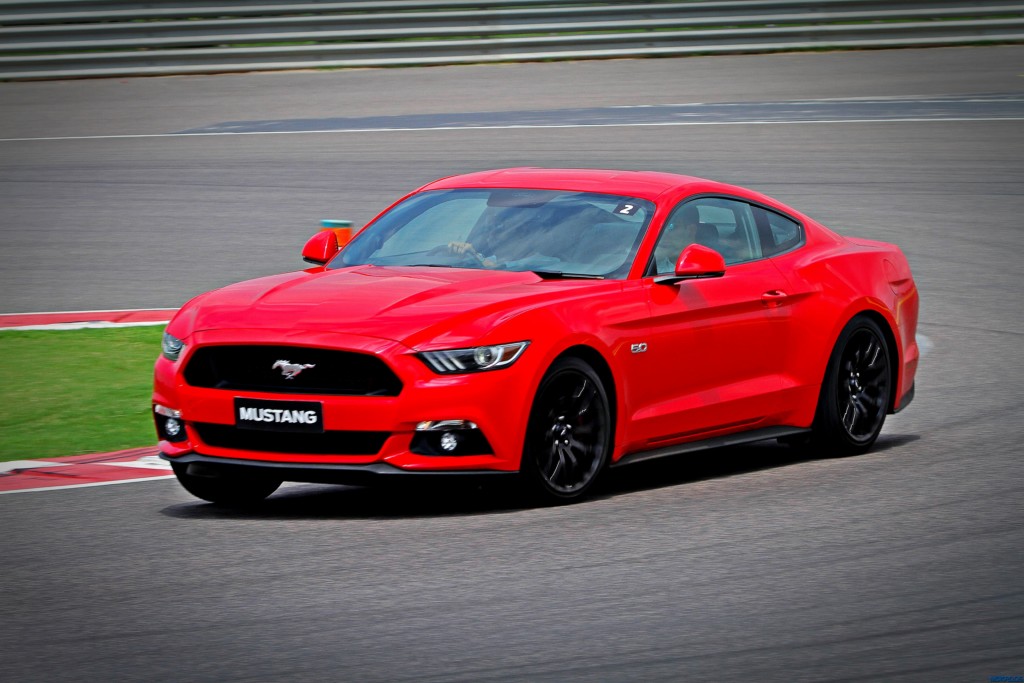 Power is sent to the rear wheels using a six-speed SelectShift automatic transmission that features paddle shifters on the steering wheel. Internationally, a six-speed manual transmission with launch control comes as standard, but unfortunately, we won’t get the purist’s choice here. Other performance oriented features include Brembo brakes with 6-piston front callipers, an Electronic Line-Lock function for smoky (not snaky) burnouts, Electronic Stability Control (ESC) and for the first time in Mustang history – an independent suspension set-up at the rear. This all-new integral-link setup has been honed for ‘performance driving’ and gets aluminium rear knuckles that help reduce un-sprung mass. 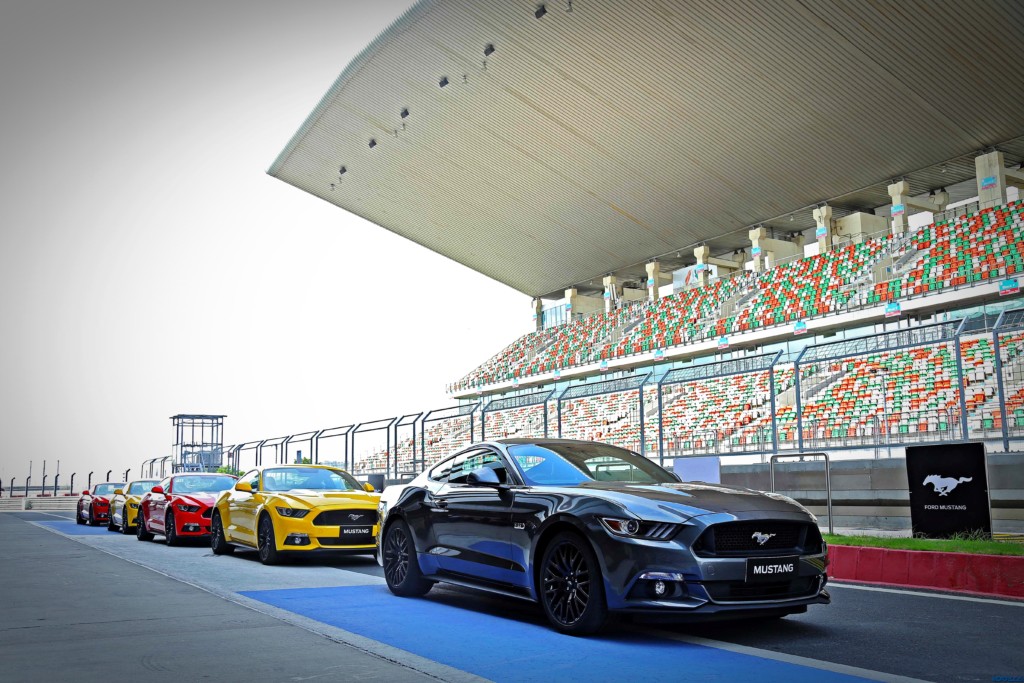 Ford will bring Mustang for customers in India as a CBU from Flat Rock Assembly Plant in the United States, and the American icon will be initially sold in Mumbai and Delhi only. It will be available in six colour options — Absolute Black, Ingot Silver, Oxford White, Triple Yellow Tricoat, Magnetic and Race Red. In case you’re wondering, Ford has sold more than 9 million Mustangs since its inception, and apart from being an automotive hero in films and books, it is also the world’s most-liked vehicle on Facebook.

Stay tuned for a review soon!