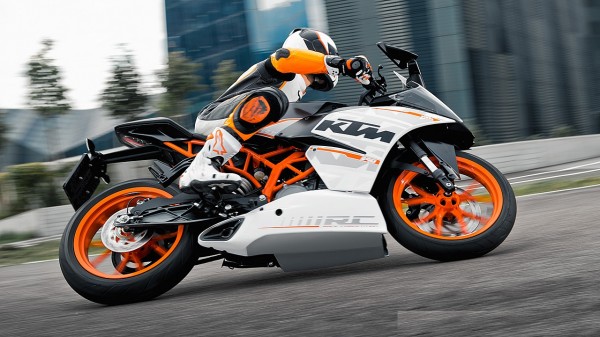 Yesterday, we came up with a detailed report on the highly awaited KTM RC 200 2014. (CLICK HERE for our earlier story) Now, we’ve come up with a similar report for the equally promising KTM RC 390, which will play the perfect elder sibling to the RC 200. The KTM RC 390 India launch could happen soon and the upcoming bike will be positioned higher than the Duke 390, which is currently the pricier among the two bikes in the KTM India’s product portfolio. We are pretty sure that you are as eager to lay your hands on this fine machinery as we are but before that happens, this detailed report from us should act as a good appetizer should tickle your taste buds.

KTM RC 390 launch in India could happen as soon as in early June. Several KTM RC 390 test mules  (CLICK HERE for all spy images of the KTM RC 390) have already been caught testing in India and while the manufacturer have been reluctant to announce KTM RC 390 India launch details, these regular sightings have only consolidated our belief that the launch is really near to us! 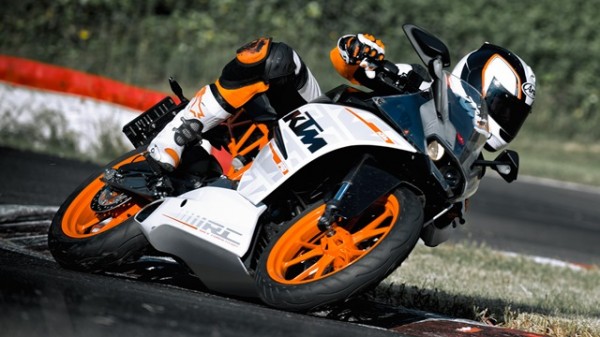 The KTM RC 390 is powered by the same engine that powers the 390 Duke. For the RC 390 though, this 373cc motor would come in a slightly different state of tune, all in a bid to match the sportier ergonomics and styling. This  373cc, Single-cylinder, 4-stroke, spark-ignition engine, liquid-cooled engine would have a max power of 43 hp and would come mated to a six speed transmission. T

The bike has WP suspension up front, with the rear getting a mono-shock absorber. Braking at both ends comes from a Disc brake each, with ABS being standard. 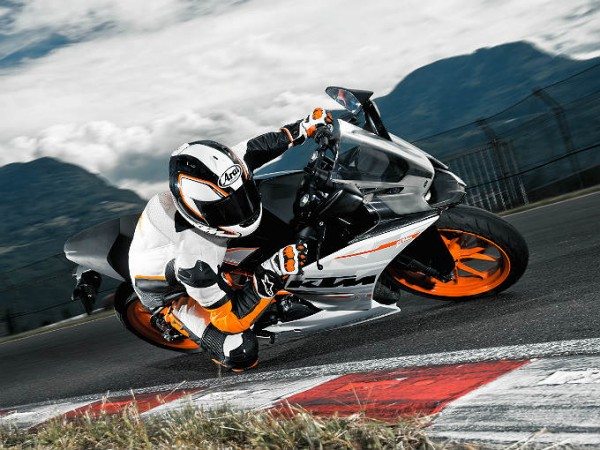 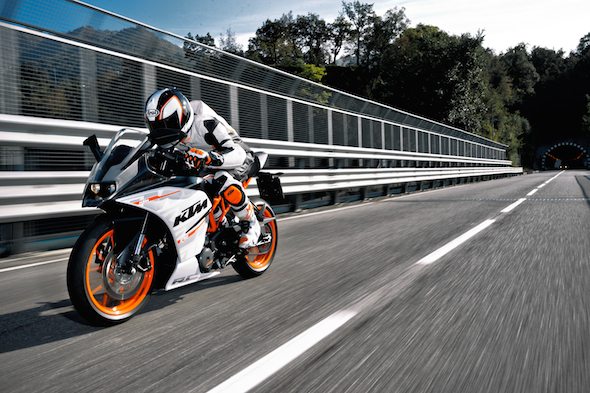