Japanese two wheeler maker Honda has quietly introduced two new 2014 models for its international line up of bikes. These include the new 2014 Honda Interceptor and the new 2014 Honda CB1100. The 2014 CB1100 and Interceptor will be available in two variants- Standard and Deluxe and the bikes get ABS and some additional upgrades. 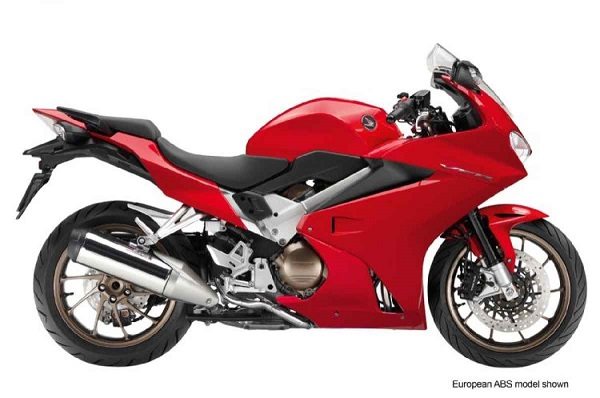 With the introduction of the 2014 line up, the Interceptor, which was last offered in the U.S. in 2009, returns with many significant updates. The Interceptor is powered by a 782cc V-4 engine which is probably the only few bits that have remain largely unchanged. The bike’s chassis gets several upgrades and the updated model comes with a new single-sided swingarm, 10-spoke wheels and radial-mount front brakes. The bike no longer has an underseat exhaust and instead, comes with a single muffler on the right side. The bike also gets a more upright riding position and the seat height can be adjusted from 31.0 to 31.8 inches. Kerb weight sees a reduction from 540 pounds previously to 527 pounds for the 2014 model.

The Deluxe variant comes with ABS, traction control, additional adjustability to the front fork, heated grips, a centerstands and self-canceling turn signals. The standard variant has been priced at $12,499, with the Deluxe model commanding a premium of $1,000 over the Std. 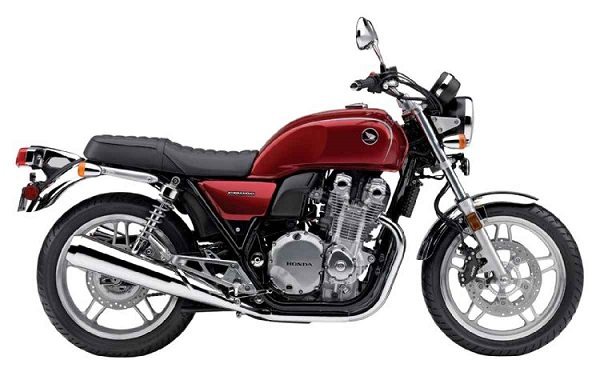 The Honda CB1100 is a retro styled motorcycle that was introduced last year and for the 2014 model, the bike comes up with a Deluxe model. Both the standard and Deluxe CB1100 variants come with a six-speed transmission, instead of the five-speed unit of the previous model. The bike also gets a new speedo console that has a gear indicator and trip computer.