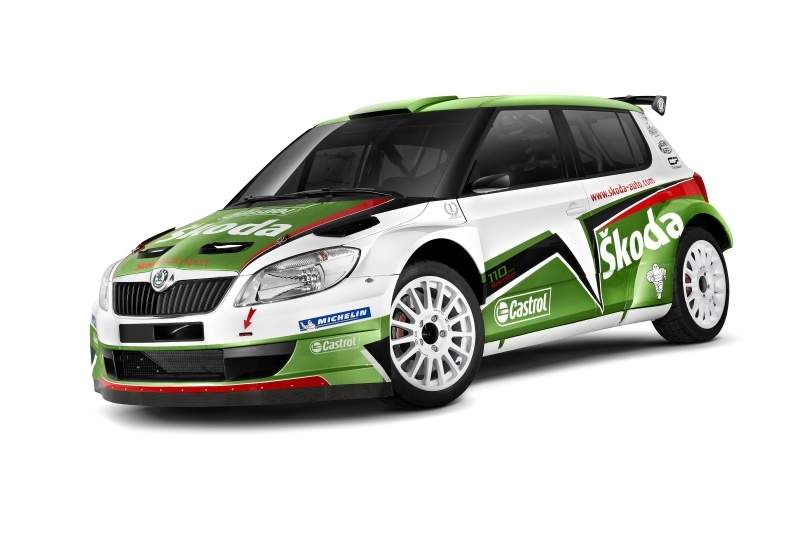 Skoda will appear in the famed Monte Carlo Rally with a lineup of 10 Fabia Super 2000 cars. The Monte Carlo rally is the opening event of the 2011 Intercontinental Rally Challenge (IRC) in which Skoda will defend its Manufacturers’ and Drivers’ titles.

The Škoda Motorsport team will introduce an update livery to Monte Carlo, with green colour being the highlight of the new graphic. In contrast with the design used over the past few years, the new green-and-white combination is “reverse”. The front doors will bear the logo “110 years of motorsport“, an anniversary that Škoda Motorsport is celebrating this year.

The Monte Carlo Rally starts on 19 January in the area around Valence, France and ends with night-time special stages in the mountains near Monte Carlo, in the small hours of 22 January. The drivers can look forward to a total of 13 special stages (337 competition kilometres) and over a thousand kilometres of road sections plus unpredictable weather, as usual at this time of the year.