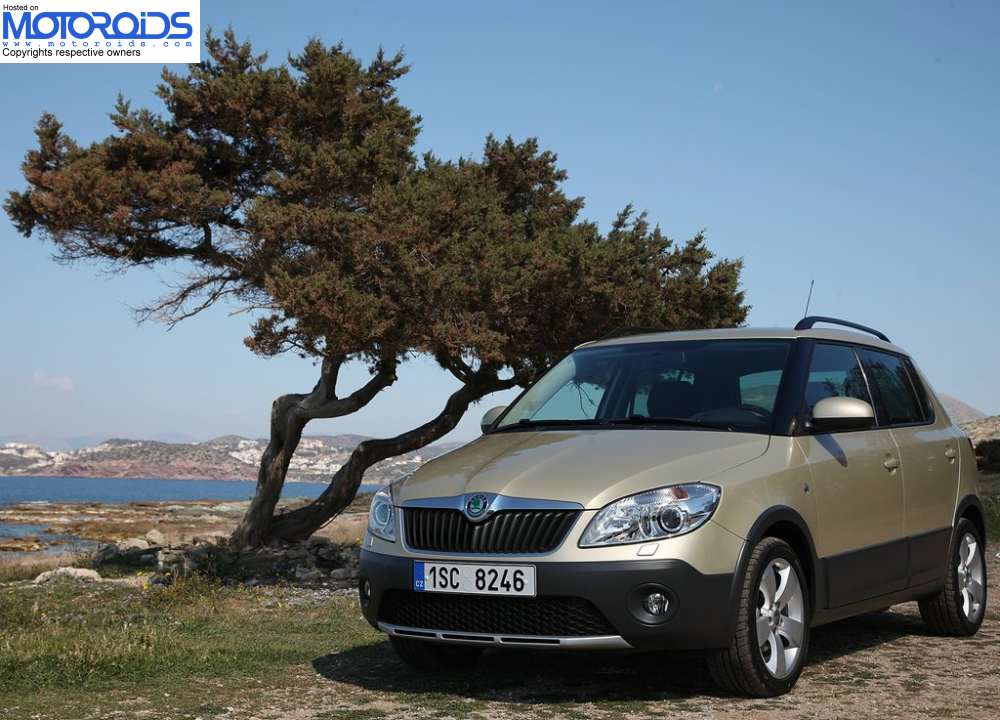 Only in the morning we told you about Skoda Auto’s marketing head Thomas Kuehl going on the record to announce a sub-Fabia car in India. Now, the man has announced a sub-10 lakh rupee SUV for the market. According to Mr Kuehl, the company needs to explore the SUV market a little more, which is not growing as fast as expected. The company is looking at a product below Rs 10 lakh.

Now that’s quite interesting, as Skoda’s international car lineup doesn’t have any such vehicle, except for the Skoda Fabia Scout which according to us, doesn’t quite qualify as a proper SUV. We don’t see any custom developed vehicle for India coming up in the near future. For us the said SUV has to be the Skoda Fabia Scout.

Now the Scout is essentially a Fabia with bigger wheels, better ground clearance, plastic side cladding, a sportier look and most importantly, a 4×4 option. The engine options for the SUV version of the hatch will also be altered, with the 1.6-liter diesel found in the Vento making for an obvious choice. There may be some additional goodies within the cabin too to justify the higher price tag.

No timelines for the launch have been quoted, but the Skoda Fabia Scout test mule has been spotted around Mumbai and Pune several times. In all probability, we can expect a launch in 2011 itself.

A sub 10 lakh rupee SUV for India, based on the Fabia. Does that make sense for you? Would you buy it? Do let us know