The automobile industry is rapidly changing. So much that a new variant of a car is introduced in every two years. Skoda, after launching the new variant of Octavia last year has already begun testing its new, facelifted version in Europe.

The new variant of the Octavia is not expected to get any major mechanical updates except for minor tweaks here and there. It should just be a cosmetic change to keep it updated with time. 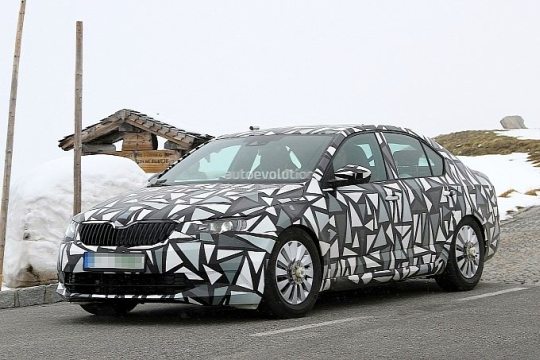 The previous update which was introduced in India last year, witnessed a variety of upgrades in terms of space, power, technology, safety and most importantly, looks. The country received this update 10 years after the first generation Octavia was launched. The Czech manufacturer bid adieu to this model in India in October 2010.

The Octavia has been a market gainer for the company. The company sold 44,900 Octavias from November 2001 to October 2010.

Although the spy images of the Octavia have emerged, India will not get the taste of this D-segment sedan because, as per the company strategy, it will be launched in Europe first and then overseas. We do not expect the Octavia to hit Indian shores till late 2015.