Home News Skoda Mission L Concept: Is it the Lauretta? 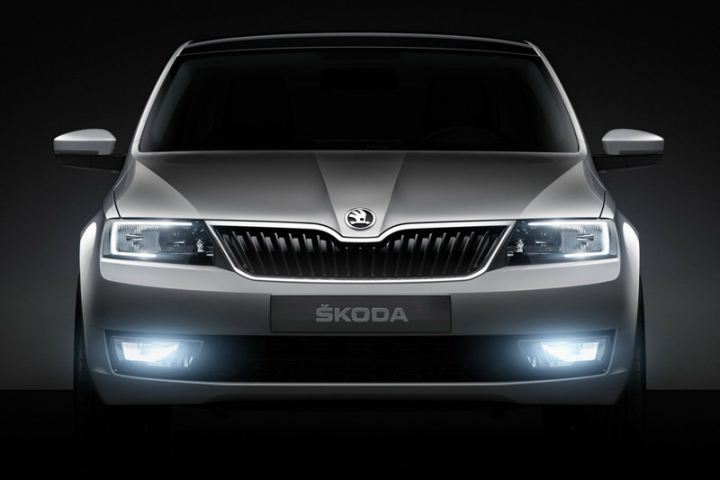 Skoda has released the images of its latest Concept, the Mission L. The new car will make its official debut at the Frankfurt Motor Show. The Czech carmaker asserts that it’s a C-segment car, but hasn’t officially said anything about its similarities with the VW Vento. However, a look at the proportions, a glance at the shape, a thought given to the positioning and it doesn’t take a genius to see that this sedan may well be the preview of the Lauretta, which is based on the Vento and is arriving in India this festive season.

According to the company brief, the new sedan will be positioned between the Fabia and the Laura, which is slam bang where the Lauretta is expected to fit in. The two rendering-like images released by Skoda show us the face and profile of a car which is athletic, sharp and very striking in its design.

The Mission L Concept, in its original form is said to be a notchback (a hatchback that looks like a sedan). However, the Lauretta in all probability will be a proper sedan with a boot-lid. After all, it will have to share a lot with its group cousin. MIssion L may be sent to some other markets such as Europe and China as a notchback though.

Skoda have not released any details on the engine, transmission or the platform. Hopefully some more details will leak out before the car is revealed in the flesh at Frankfurt.

Long, low, angular and athletic the Mission L Concept has a very sporty air about it. The car is unmistakably a Skoda from the front with that familiar bonnet and grille. The headlamps seem to be surrounded from three directions by daytime running LEDs. The wheels arches are reasonably well flared to give th car that muscular look. Even the ORVMs, with their sharp, angular shape look great. The car has a strong crease running across its length, splitting in two where the boot ends, making space to accommodate the tail-lamp. While some may be calling this design slightly retro, we absolutely love it. For us, if this really is the basis for the Lauretta, it is a better looking car than the Vento any given day.

So what do you think? Would you buy this or the Vento if both the cars had the same engines and were sold at a similar price?