The Skoda Kodiaq premium SUV has been caught testing in India yet again, this time by Motoroids reader Monish Sharma who sends us these exclusive images. The completely undisguised prototype was snapped by Monish on the Aurangabad-Pune highway. 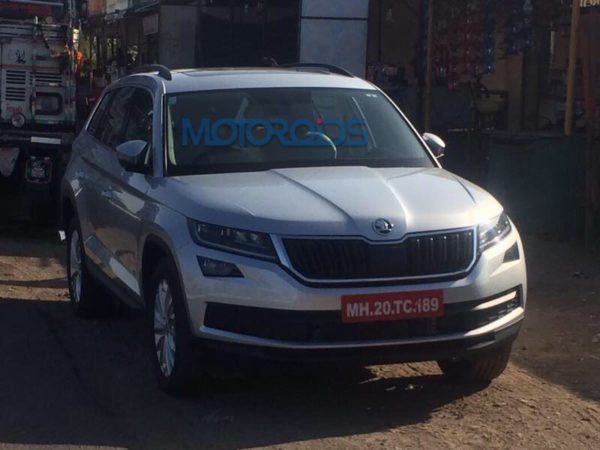 The Kodiaq’s bodywork is rife with clear, precise and clean cut lines. The front end is characterised by a wide, three-dimensional radiator grille, and raked, full-LED headlights. The Kodiaq’s sides feature a long wheelbase, crisp lines, short overhangs, and slightly angular wheel arches. At the back, there’s a sculpted tail gate, while LEDs are used as standard in the C-shaped rear light design. 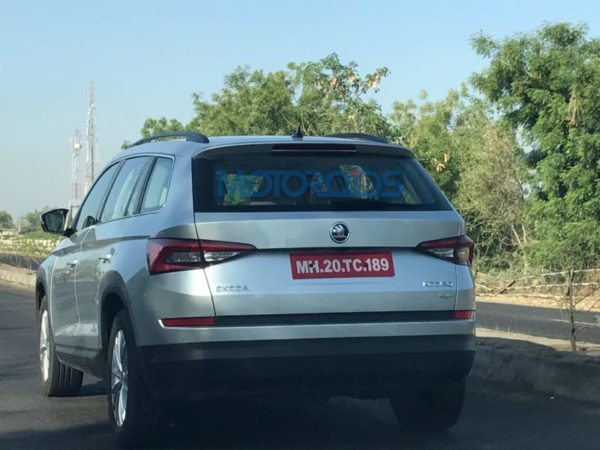 The appearance of the exterior components varies according to the three trim levels – Active, Ambition and Style. In the Active and Ambition trim levels, the Kodiaq comes equipped with 17-inch wheels as standard; 18-inch wheels are standard in the Style trim level. The range of optional extras extends to polished 19-inch wheels.

To know all about the Kodiaq – The new Skoda Kodiaq: Images, Details and all you need to know

Although the Kodiaq is available with as many as five power-trains (two TDI and three TSI engines) internationally, India-spec models could get the 180 PS strong 2.0-litre TSI petrol and the 190 PS strong 2.0-litre TDI diesel engines; both matched to all-wheel-drive systems and dual clutch auto transmissions. 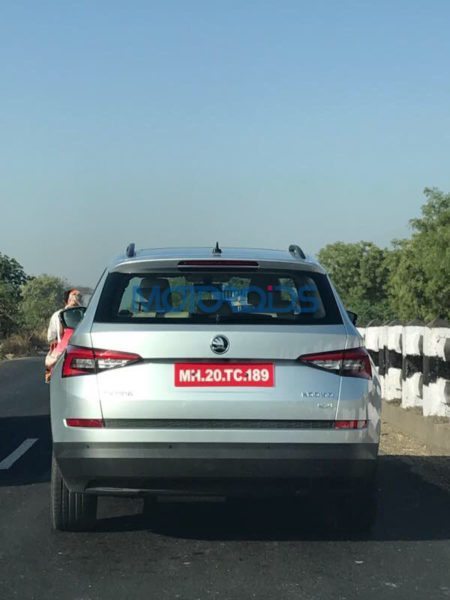 Skoda India is expected to sell the Kodiaq in India via the CKD route and assemble it in Aurangabad, Maharashtra. Prices are expected to start from around INR 25 lakh (ex-showroom). Once launched, the Skoda Kodiaq will be pitted against the Toyota Fortuner, the Ford Endeavour and the upcoming Isuzu MU-X.