The mid-size SUV segment in India is no less than a catfight where there are two major contenders named Hyundai Creta and Kia Seltos but there’s another player which is plotting its way in. Enter new Skoda Kamiq 2020. The Kamiq has been spied on various occasions in India and that hints that the Czech carmaker is planning to launch it in India soon. Once launched, the Kamiq will sit under the Karoq. Skoda Auto introduced the new Kamiq at 2019 Geneva International Motor Show and is already available in global markets.

The new Skoda Kamiq has been spied again by one of our followers, Romet Rathod and the location is reported to be somewhere around the Pune camp area. The test unit doesn’t seem to wear any camouflage at all and that gives us a clear look at the rear section. It follows the latest design philosophy of Skoda auto and looks in line with the rest of the cars in their lineup. 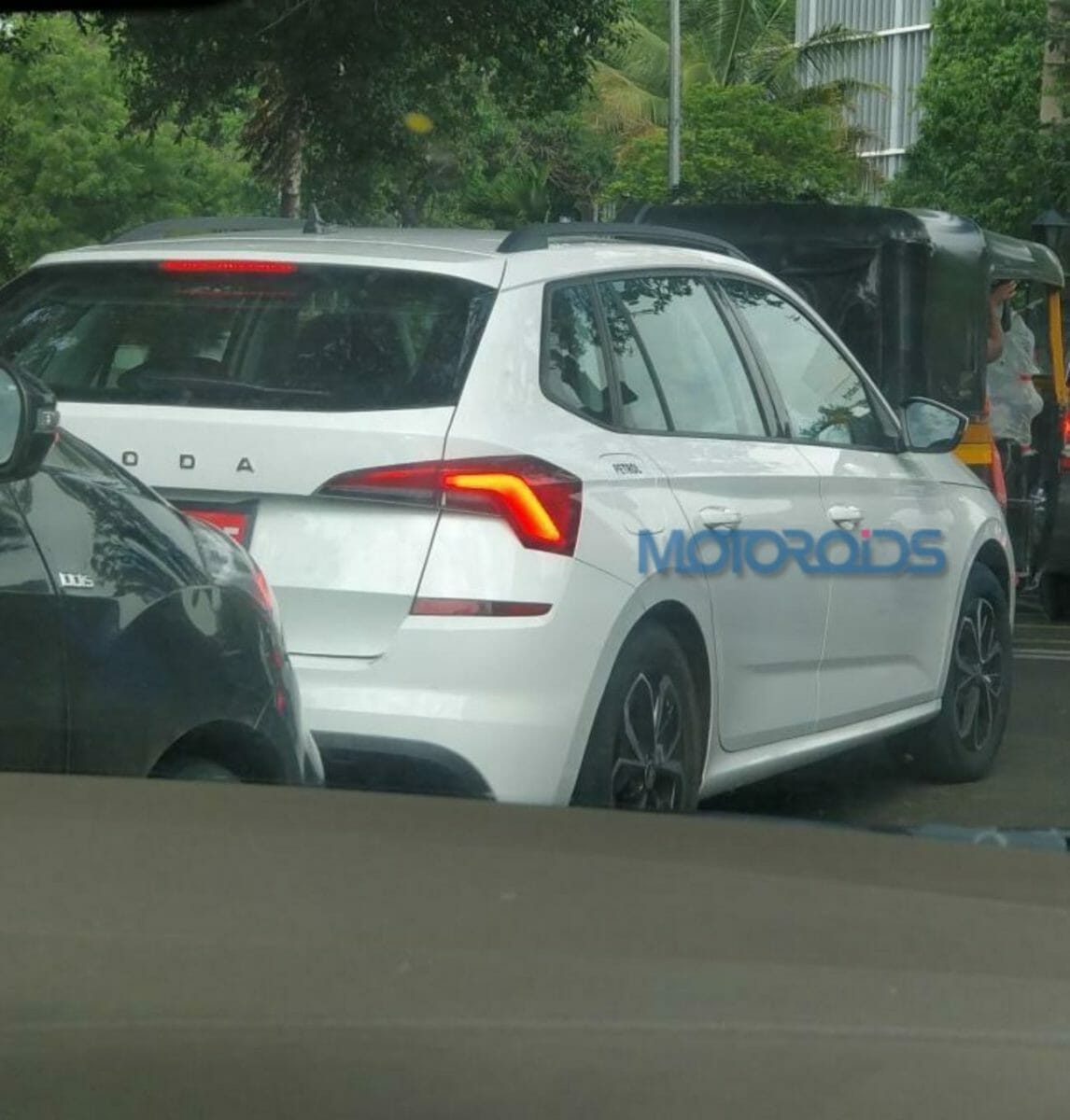 The spy images reveal a rather sharp-looking rear end highlighted by L-shaped LED taillights. At the centre of the boot-lid, proudly sits the Skoda badging and also se

theen is the black-cladding on the rear bumper. The roof rails complete the SUV appeal of the car. The Skoda Kamiq shares its MQB A0 platform with the Volkswagen T-ROC and will be brought to India via the CBU route. It would be interesting to see how Skoda manages to price it in this really competitive segment. 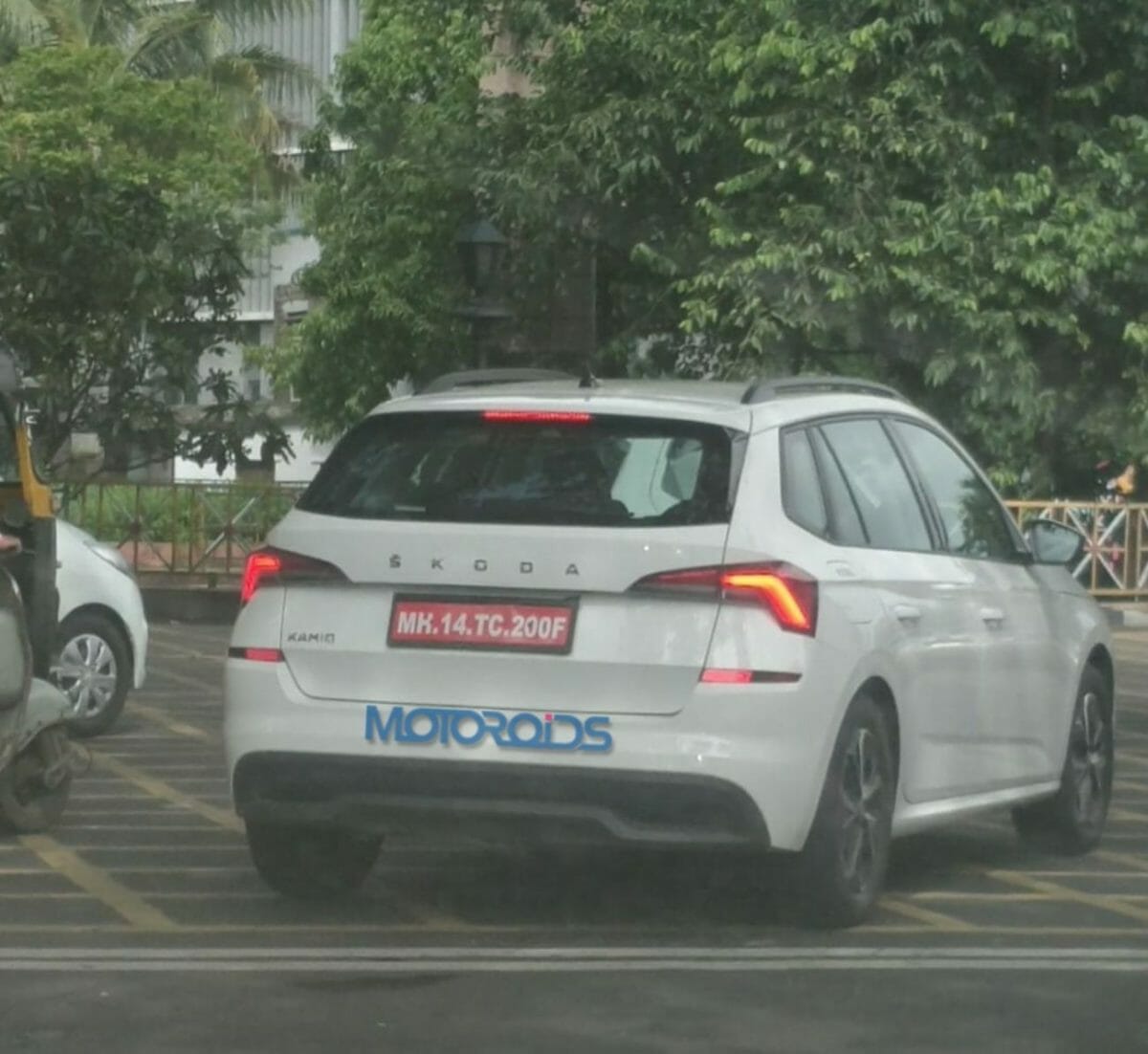 Since it will be brought by the CBU route, it is being expected that the Skoda Kamiq India will remain identical to its European counterpart. Skoda Kamiq dimensions are 4241mm in length, 1,793mm in width and 1,531mm in height according to European Specs. The wheelbase stands at 2,651 mm. It features a split-LED headlamp design, flanking the signature butterfly grille. The premium appeal of the car is accentuated by a strip of chrome surrounding the front grille. The LED headlamps are split unit while the front bumper houses large air intakes at the centre. 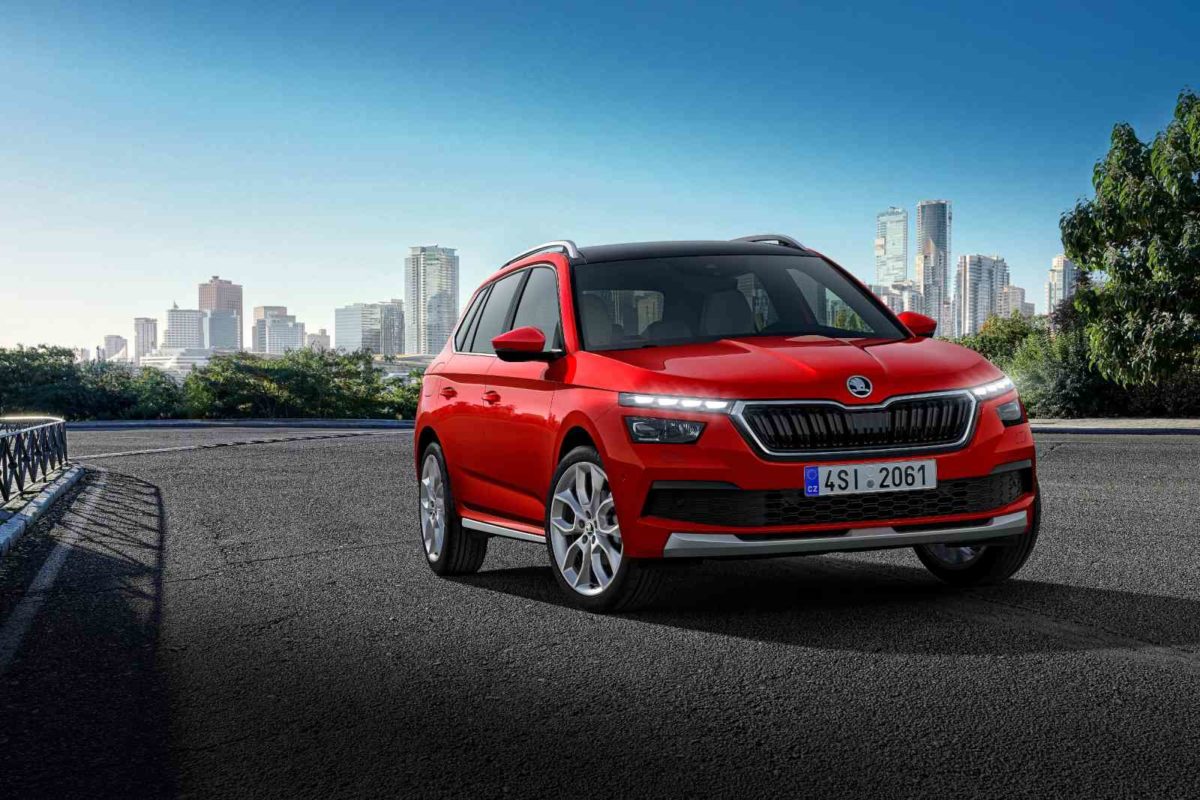 There are a host of engine options available internationally which include three petrol powertrain choices: 1.0-litre TSI (two tunes) and 1.5-litre TSI. The Volkswagen T-ROC that we have here utilizes the latter and the Kamiq will most likely follow suit. The 1.5-litre TSI engine is mated to a 7-Speed DCT while it churns out 148bhp and 250Nm of torque. On the other hand, the 1.0-litre TSI unit churns out either 94bhp and 175Nm of torque, or 113bhp and 200Nm of torque.

Skoda Karmiq interior is quite impressive which looks quite modern with 9.2 inch touch screen perfectly positioned to give a clear view to the driver. The overall material is exquisite, gives a soft feel and positioned as a value for money brand.

One of the main highlights of the Euro-spec Kamiq is that it boasts of a five-star Euro NCAP rating and that is a testimony to the fact that it might be the safest car in its segment. However, we can expect Skoda to drop some features when it will officially launch the Kamiq in India, to make Skoda price in India aggressive.

If the Kamiq does go on sale in our country, Skoda India could position it above the locally-made Vision IN SUV which will be introduced next year. The Skoda Kamiq’s price in India could then put it somewhere between the INR 20 – 25 lakh space, taking on the likes of the Compass and Tucson.