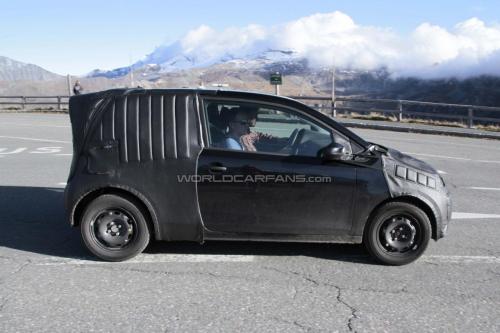 Skoda Auto, during their annual press conference has announced two new car models for the international market. The size and positioning of both these models suggest very bright prospects of them arriving to the Indian shores.
Not all the details have been made public, but for the discerning journalists, a few details are enough to clear the pictures. The reports emerging out of the press con suggest that the first car is going to be a city car, to be positioned below the current entry-level product Fabia. The model will be based on the new VW Lupo / Up with some changes made to the bodywork, panels , bumpers and with some other cosmetic tweaks.

While nothing specific has been said by Skoda about the power trains and transmission, a little common sense should make clear what power plants will propel these vehicles. There will be a new 1.0-liter petrol unit, along with the currently available 1.2-liter diesel with 75 PS of power. Then there will be a 1.2-liter TSI with 86 PS. There is also a possibility of an EV variant spawning up powered by an 80PS / 210 Nm motor.
According to Skoda chairman Winfried Vahland, “This car is our answer to the increasingly strong demand for small cars with low fuel consumption and affordable costs of operation and offers a new sales potential in Europe for us.”

Apart from this small car, the company also announced a compact car which would be positioned between the Fabia and the Octavia (Laura). The new car will again be a volume product and should offer great VFM. According to Skoda Auto, the new car will have an “outstanding price to value ratio.”
We expect the two models to arrive on the motoring horizon by early 2012. Pricing will be in accordance with the two products’ positioning, so take the Fabia and the Laura as your reference points.