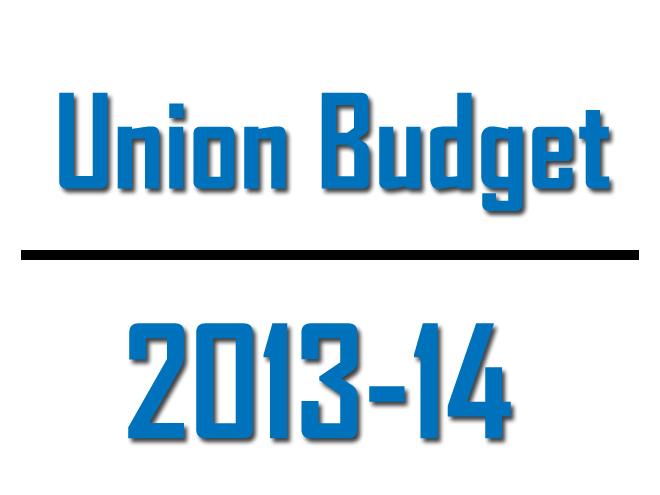 The Union Budget 2013-2014 has been getting a mixed response from the auto sector. While most of the mainstream car makers feel that the new budget hasn’t brought a lot of change to the industry, makers of premium cars are a tad surprised by the increase in the import duties.

Society of Indian Automobile Manufacturers (SIAM) has welcomed the Union Budget and has termed it as a “Tight Rope Walk under Current Circumstances.”

Mr. S. Sandilya, President, SIAM welcomed the Union Budget 2013-14 tabled by Mr. P. Chidambaram, Hon’ble Finance Minister, and said that under the current economic environment, the Finance Minister has tried to balance the need for growth with fiscal compulsions. The announcement of investment allowance reintroduction is very positive. Focus on infrastructure is also a welcome move which will help growth of the economy.

While there are several innovative proposals, the auto industry had expected that the Finance Minister would come out with more specific roadmap for implementation of Goods & Services Tax (GST). The industry would be keenly looking forward to full implementation of GST at the earliest.

SIAM appreciates the Finance Minister’s gesture of allocating double the funds under JNNURM scheme enabling substantial part for purchase of upto 10 thousand buses.This was very much needed for revival of CV sector. Finance Minister has also accepted SIAM recommendation to lower excise duty on commercial vehicle chassis from 14% to 13% which was raised in the last budget and led to significant drop in off-take of chassis by the body builders.

With a view to deteriorating market sentiments, SIAM had also recommended reduction of excise duty for passenger cars by 2% which could have led to significant improvement in sales.

However, the Finance Minister has accepted SIAM’s recommendation on extension of concession for import of electric and hybrid electric vehicle parts till 31st March 2015.

The increase in customs duty for luxury cars and motorbikes seems to be an effort to raise more revenue and to encourage local manufacturing, value addition and employment. The proposal to increase duty on second hand vehicle from 100% to 125% is the right step. It clearly conveys that India is not ready to accept second hand old vehicles from other countries.

The other area which the industry did not expect was the increase in excise duty on SUVs used as personal vehicles. This is the only segment in the industry which has been doing well this year and increasing price of these vehicles would dampen sales and impact market sentiments further.

Mr. S Sandilya thanked the Finance Minister for accepting various suggestion of SIAM and hoped that the budget will help take us back to growth path and improve performance of the industry. The critical thing, however, will be speedy implementation of the policies.

Mr. Michael Perschke, Head, Audi India commented, “Increase in Custom Duty for imported cars and Excise Duty on SUVs is very surprising. It will severely impact the auto industry and its growth. We will have to seriously evaluate the impact of this hike on our prices and, have no choice other than to pass on the increase to the customer. Overall it will have an adverse impact on automobile industry which is already going through a slowdown and specifically affect demand including that of SUVs.

Currently, the industry is facing pressure from a number of factors like increasing fuel prices, high input costs, persistent inflation, high interest rates; the increase in excise and customs duty will be a dampener. The government should have looked at extending support to auto industry, which has been contributing, significantly to the GDP and could have formed a strategic pillar of industrial development. We are happy to note that there is a renewed focus on infrastructure especially roads. The proposed regulatory authority on road construction will hopefully fuel better infrastructure and speed up developments. “

Mr Takayuki Ishida, MD & CEO, Nissan Motor India, commented, “There is no significant or drastic change in the budget this year.  The 2013 budget is a “budget in motion” as it continues to focus on growth in predominantly primary sectors like agriculture, infrastructure and education. This growth will in turn support the growth in other sectors including the automobile industry.

We are very happy about the investment allowance of 15% for investments above Rs 100 Cr as a tax incentive.  We stand to benefit from this as we have plans to expand our operations in India. We are also happy about the Chennai – Bengaluru Industrial Corridor to be developed jointly by the Department of Industrial Policy and Promotion (DIPP) and the Japan International Cooperation Agency (JICA). This industrial corridor will play an important role in terms of logistics infrastructure for companies like ours which are present in the said region.  The excise hike for SUV will not have a drastic impact; it is most likely to distinguish the price barometer between sedans and SUVs even more clearly than ever before.”

Mr. Lowell Paddock, President & Managing Director of General Motors India says, ” The budget is encouraging due to its focus on agriculture, irrigation, education, skill development, health care and infrastructure. Since it addresses some of the concerns of the industry in general, it should help economic growth going forward.

As far as the automotive industry is concerned, the budget did not meet the expectations. We were expecting the roll back of the excise duty imposed last year. Instead there is an increase of 3 per cent excise duty on SUVs and there is also a hike in customs duty of 25% on high end imported vehicles. These hikes are not on the expected lines and will impact the sale of SUVs. Having said this, we have to see the fine print to understand the clear definition of SUVs. The automotive industry is one of the growth drivers of the economy with its backward and forward linkages to generate multiple and substantial employment opportunities any duty concessions would have helped the industry to register some growth as the industry has already started slowing down due to high interest rates, fuel prices, commodity prices, negative market sentiments etc. Some concessions announced for electric vehicles and increased allocation for the road transport sector are welcome decisions. “

Joginder Singh, president and managing director, Ford India, commented, “We welcome the focus on infrastructure development, social benefits for inclusive and sustainable growth in the country. The investment allowance to boost the manufacturing sector is a positive move. The automobile industry is a significant contributor to India’s economy and future growth potential. We are disappointed that there is very little in the budget that will help boost consumer confidence and revive growth. It is a missed opportunity to introduce measures that would have revived industrial growth significantly. As we all know the automotive industry has been going through very challenging times, we are disappointed with the increase in the excise duty for SUVs.”