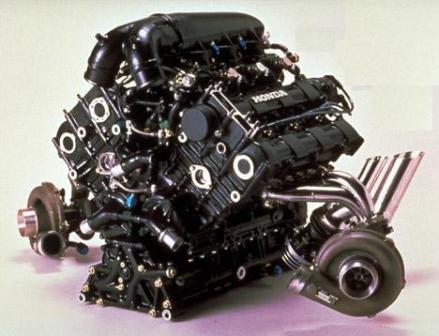 13 years of hard core, uncompromised, uncomplicated racing. The period between 1977 and 1988 when turbo powered cars ruled Formula 1, when racing was a pure sport only about speed, devoid of any techno claptrap and when men entered the arena knowing that the outcome could well be a drive to St. Peter’s gates.

It was a time when Niki Lauda, Gilles Villeneuve, Nelson Piquet Sr., Alain Prost and of course Aryton Senna came one after the other and stamped their mark on the sport.

What a time it was. I desperately want to see some real racing on between geniuses on genuine racing tracks. I am not too kicked about watching machines race against each other on modern day stereotype race tracks.

Renault was the only proponent when they started testing a turbo charged variant during the 1976 season. They managed to find some kinks in the FISA (the predecessor of FIA) guidelines and neatly crafted an under capacity engine with humongous power to compete against the standard specs fully capacity engine. Renault launched their 1.5 litre turbo powered engine to take on the normally aspirated 3.0 litre Cosworth engine.

Renault’s turbo powered car made its debut at Silverstone in 1977. 2 seasons were lost in reliability battles. It was only when the Renault RS01, driven by Jean-Pierre Jabouille won in Dijon in 1979; the Formula 1 fraternity was jolted from its slumber. 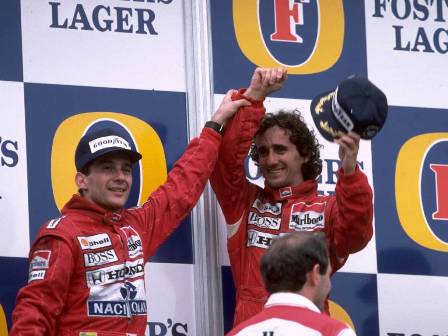 So what is a turbo engine? It is essentially highly pressurized air when forced into an engine, increasing the availability of oxygen for enhanced combustion. The engine as a result of this produces exponentially higher power.

Teams scampered to find manufacturer partners so that they could quickly join the turbo bandwagon. McLaren joined hands with Porsche, Brabham with BMW and Williams tied up with Honda.

While everything was great in theory, the practicality of a turbo powered car was not-surprisingly turning into a gargantuan task. The engine developers were constantly faced with an unavoidable trade off between mammoth power and reliability.

These engines were propelled by toluene. So the power surge that they received was indescribable. But on the flip side, the engines regularly blew up or straightaway melted because of the immense heat generated.

Telemetry data was almost unheard of and computerized engine control units were just about emerging. So whatever data the engineers could muster, they utilized it to fix the fuel injection system so that they could avoid a sudden blow out. For the overheating and melting, they created a small, handy air ejector that could be used whenever possible including pit stops. 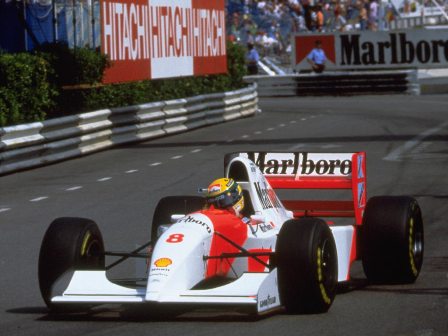 Just when the engineers thought they had resolved the reliability problems, they were hit by tyre disasters. The quantum of power generated was so high that the tyres just weren’t able to sustain. Wheel sizes were created for cars generating around 500 bhp. Now, with turbo engines generating around 1350 bhp, the tyres were rendered useless in just a couple of laps.

Another major concern for drivers was turbo lag. Turbo lag is the time required by the engine to bring the turbo upto an optimum speed where it can operate effectively. This is noticed even in turbo engined road cars when there is a lapse between the time that it takes from when we push the accelerator to full throttle to when the turbocharger comes onto boost. Since turbochargers are designed and sized to operate at specific rpm ranges and air flow conditions, turbo lag becomes an inherent part of the system.

This lag made even the best of drivers doubt their capabilities during the early part of the turbo era. The car was just uncontrollable. It wasn’t just the surge that was the problem. It was this lag, especially on chicanes and hairpins which compelled the drivers to shift their driving style and include left foot braking.

Once everything was sorted, the world got exposed to the almost drag race styled qualifying. Drivers drove like absolute maniacs right on the edge using various permutations like engine with altered fuel injection only for qualifying, 7 speed gearboxes, special sets of tyres to last just about 1-2 laps etc. Drivers gained anywhere between 3 & 5 seconds per lap in those electrifying moments on track.

This mad rush to garner precious seconds saw Formula 1 losing one of its finest drivers – Gilles Villeneuve. An enigma on & off the track, he was the modern day Stirling Moss – a genuinely gifted driver who could not win a World Championship. He died at Zolder in the 1982 Belgian GP in a horrifying qualifying accident. 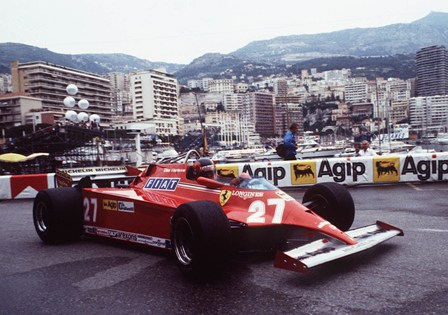 The FISA was getting concerned with the increasing number of shunts as a result of uncontrolled speed. Patrick Depailler had died earlier at the 1980 German GP. Ricardo Paletti died within a month of Villeneuve’s crash at the 1982 Canadian GP. Didier Pironi had a career ending accident at the 1982 German GP. FISA enforced a fuel cap of 220 litres to be utilized during the race. This move forced the teams and drivers to turn the fuel mixture and turbo lower to utilize fuel optimally, finish the races and therefore never manage a flat out race. FISA also introduced a ceiling on the permissible boost levels so that teams would not be able to extract power beyond the predefined levels.

With so much unpredictability, frantic pace of development and frequent changes, the costs of racing turbo powered cars was spiraling out of control. There was clear distinction between the manufacturer backed teams and the not so lucky teams who were perennially cash starved.  Finally, the FIA decided that from 1989, only the normally aspirated cars would be allowed to race and hence came the curtains on the turbo era. Since then, the sport has witnessed gradual deterioration in its racing quality.

The turbo era brought in this unique capriciousness to the sport. The 13 seasons during the turbo era saw 8 different champions who won in both turbo charged and normally aspirated cars. This era was a phenomenal experience for the teams, drivers, and the Formula 1 fans worldwide. It was pure high speed racing on some of the finest old time tracks with long sweeping corners and endless straights. The cars were fast, merciless and scary. The only enabler was the driver’s skills – no electronics or microprocessors or any external help.

In summary, I would like to paraphrase Derek Warwick, the British Formula 1 driver of yester years who quite simply said, “These were fast cars… had they not cut speeds down, we would have ended up disappearing up our own arses.”