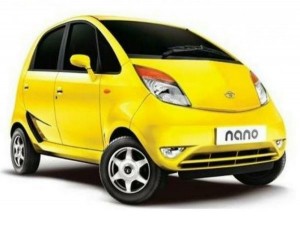 In what comes across as a shocker to us, knowing how some offenders with much more severe charges manage to go scot free, Tata Motors Managing Director Karl Slym has been awarded a jail term of 6 months along with a monetary penalty. The sentence has been ordered by the Chandigarh consumer redressal commission following a complaint by a Tata Nano customer.

While finer details about the development are not available, a report by Moneycontrol.com suggests that the top official has been penalized for his company not being able to replace faulty parts of a new Tata Nano even after having been served a notice. The financial site also reports that an official spokesperson representing the automaker has said that the company will take appropriate action after studying the order in detail.

Tata Motors have their own side of the story to tell in the case. According to the company, the car in question has been been duly repaired, the parts have been replaced and the customer has even been offered a compensation. The customer, however, as per the company, is not ready to cooperate.

Sentencing the MD of a company for six months for what may well have been a dealer level mistake comes across as rather harsh to us. However, not knowing the details, we would rather refrain from forming an opinion here.
Stay tuned to know what transpires in the case.