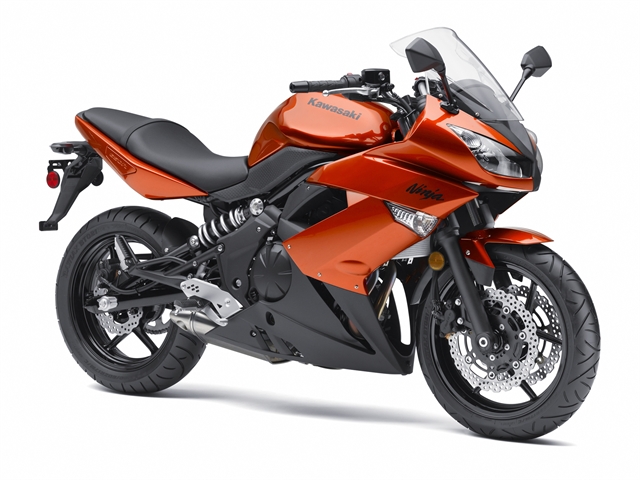 As we reported to you a few days back, Bajaj and Kawasaki have swept the competition off their feat and pleased thousands of biking enthusiasts in the country by pricing their Ninja 650R at a shocking Rs 4.57 lakh ex-showroom Delhi.
The Ninja 650 sold in India will produce peak power of 71bhp at a rather relaxed 8500 rpm, making it a great choice for avid tourers. Peak torque is rated at 66Nm, and comes at 7000rpm. The engine, mated with a six-speed transmission would work best with 91 Octane fuel. At 178kg, the Ninja 650 may be slightly heavy, but that power rating is enough to negate any effect of that weight on its acceleration and top speed. The bike will be available only in Lime Green colour in India.
The 649cc parallel twin bike is just what most of the bike enthusiasts in India have been praying for. It’s got a silky smooth engine, an upright and comfortable riding position, great acceleration, good ground clearance and as we all know, a terrific price tag. The Ninja 650R is an all rounder bike which can tackle racetracks, city streets, highways and unchartered territories with equal aplomb.
We know all this as we have already ridden the bike, and will bring a detailed review to you in a short while from now. Stay tuned!