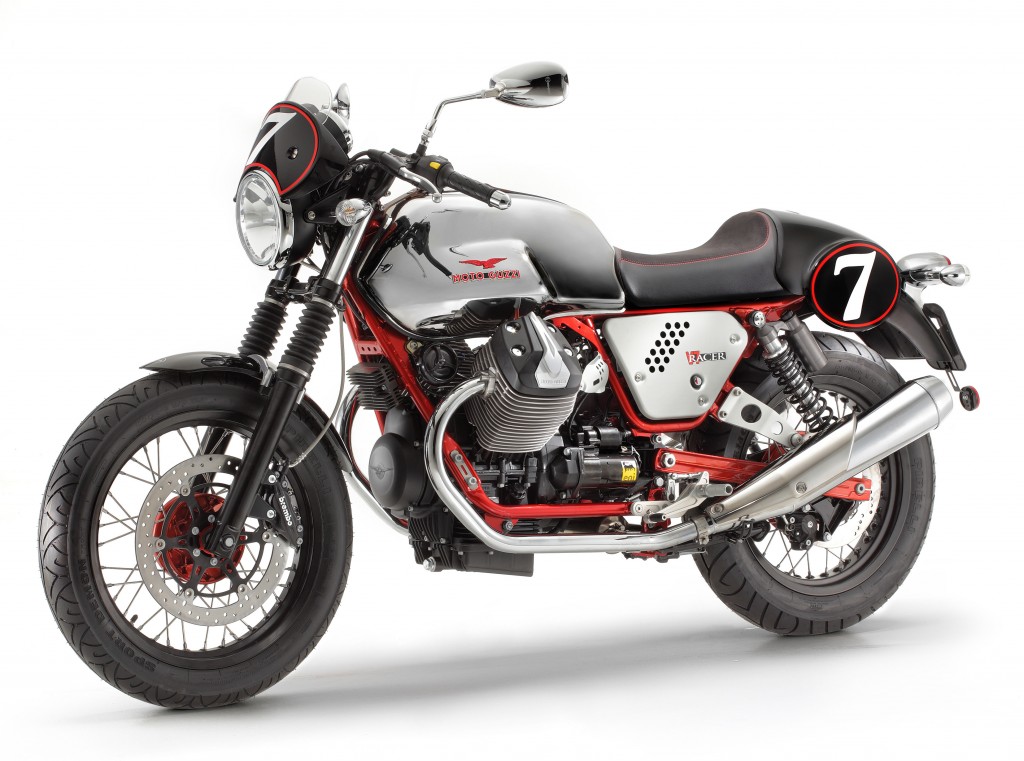 V7 gets some nip and tuck job from Moto Guzzi for 2012. The bike is available in as many as 3 versions- Standard, Special and Racer. The claim is that the 745cc V-twin motor has been considerably updated, with more than 70% of its internal components being all-new, along with the twin intake manifolds and throttle bodies being shown the door for a single Y manifold and single 38mm Magneti Marelli throttle body. As per the manufacturer this helps improve fuel economy and reduces CO2 emissions.

And this is not all. V7 now sports a redesigned fuel tank, which is now made of metal rather than polyethylene and is lighter than the earlier unit. The double cradle steel tube chassis still soldiers on and the bike boasts of 40mm Marzocchi fork and Sachs rear shocks. The V7 Racer gets Bitubo WMT gas shock absorbers and these are said to be the coolest of the lot. While the bike clearly is a strong performer, putting the beast to a hault is done by a single 320mm disc at the front and 260mm disc at the back. The V7 rides on lightweight alloy wheels that wear the popular Pirelli Sport Demon tyres.

With 51 horsepower and 58Nm of torque, the  V7  should not be confused with sports bike kinds but when it comes to the sheer coolness of an Italian café racer, the V7 Racer should be the way to go. Don’t believe us? But you certainly will believe it when you see one of the hottest supermodels -Irina Shayk- going head over heels for this machine. Won’t you still believe the claim? *wink* 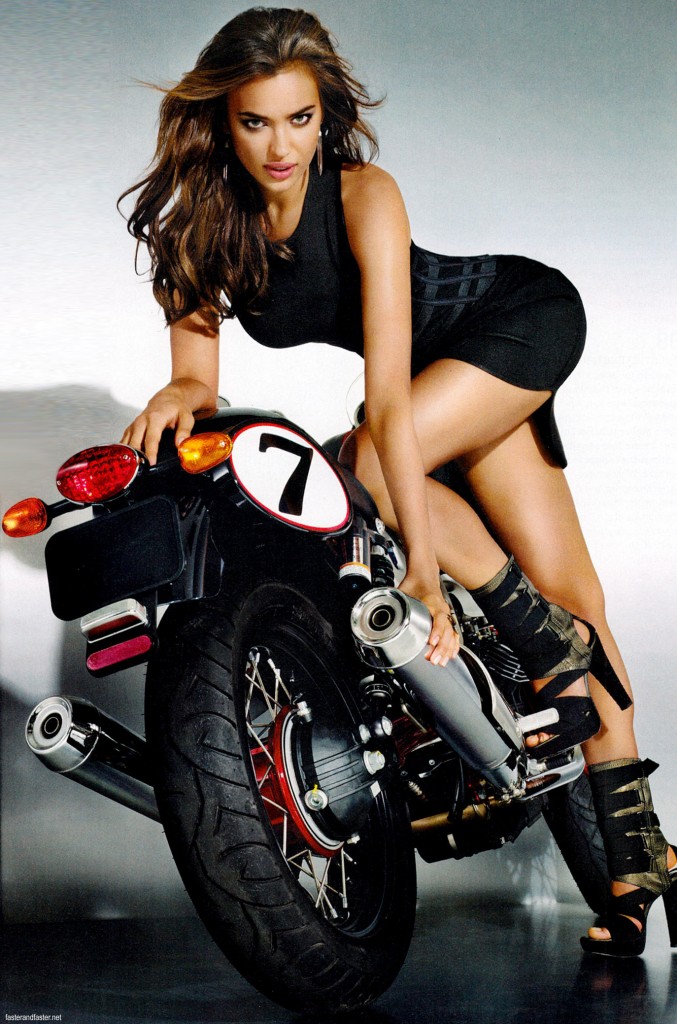