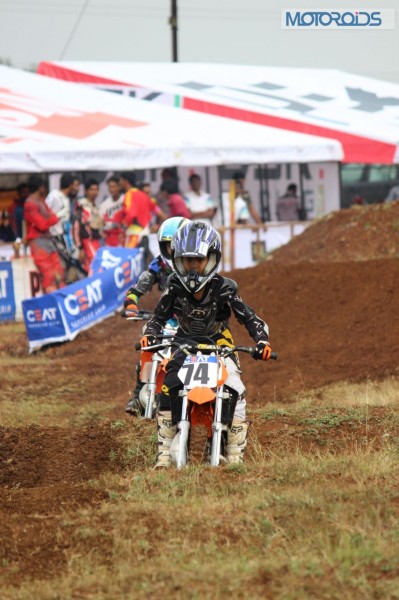 Riders have to confront challenging weather and track conditions at the Mohite’s Racing Academy here in Kolhapur in the second round of the CEAT Pune Invitational Supercross League 2014. The second leg saw riders adopting a cautious approach instead of going for the full throttle. The track, although in perfect condition, will pose a big question for the riders as the unseasonal rains made the surface wet and difficult due to the ruts.

Speaking on the track conditions, ace rider and leader in the MX1 category, Harith Noah of Team Aranha Racing said, “The track looks in good condition but it will be a competitive race and jumping for all the riders will be a tough task given the overall conditions. Nashik track was dry and was relatively easy but this track is a test of skill and patience.”

Echoing his sentiment, Ganesh Lokhande of Team Bhalla Royale said, “It’s going to be difficult to accelerate and timing the jumps will be the key. The riders who adapt quickly and time their jumps will win. Speed will not be the factor. It’s all going to about surviving the race.”

After an exciting first leg in Nashik, all the teams will now fight it out to garner maximum points from the second leg and fight for a comeback. In the first leg, Team Bhalla Royale clinched the top honors with 153 points as their bikers put on a stellar performance on a newly laid Kute Supercross track at Nashik. MX1 witnessed a fierce competition as all the top bikers tried to outdo each other. Harith Noah of Team Aranha Racing dominated the entire proceedings as he won both the races (Moto I and Moto 2). 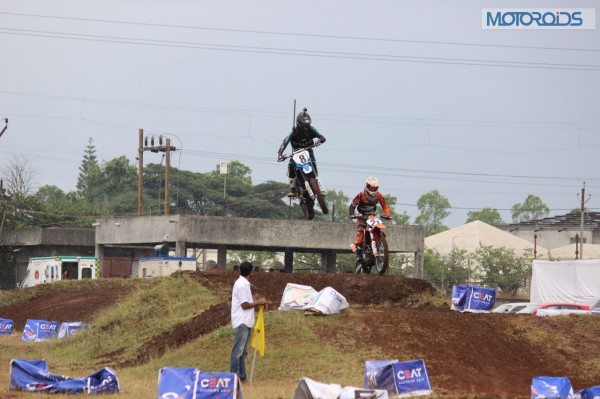 Team Bhalla Royale dominated in the MX2 category as Nashik rider and local favorite Ganesh Lokhande won both the races with ease. Aranha Racing ended up in the second position with 134 points thanks to Harith Noah who was the best biker of the first leg. Once again all the eyes will be on talented Harith Noah and riders from Team Bhalla Royale after their brilliant show in the first round.

Ganesh Lokhnade of Team Bhalla Royale will also like to maintain his leadership position (40 points) in the MX2 category. Ganesh Lokhande will have to fight it out with Prince Singh Aranha Racing Team in the MX2 category. The CEAT Pune Invitational Supercross League 2014 is held under the aegis of The Federation of Motor Sports Club of India (FMSCI) and organized under the guidance of the Indian and International Federation rules and regulations. 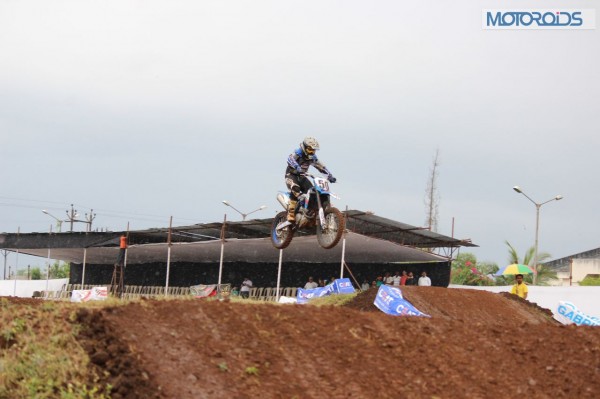 Speaking on the last leg, Shivam Dave, CEO & Partner, Vilo Events said, “This leg is going to be full of surprises. With the current weather conditions you never know who is going to come out at the top. It could be an absolute game changer for the teams. Completing the races and keeping the points coming in, is going to be key for the teams.

“The response to the CEAT Pune Invitational Supercross League 2014 has been tremendous. We have received amazing response and the first leg at Nashik was a grand success. Platform like this gives a brand like CEAT very good opportunity to connect with the biking fraternity and the motorsport lovers in India,” said Prabhakar Tiwari, General Manager Marketing, CEAT India.