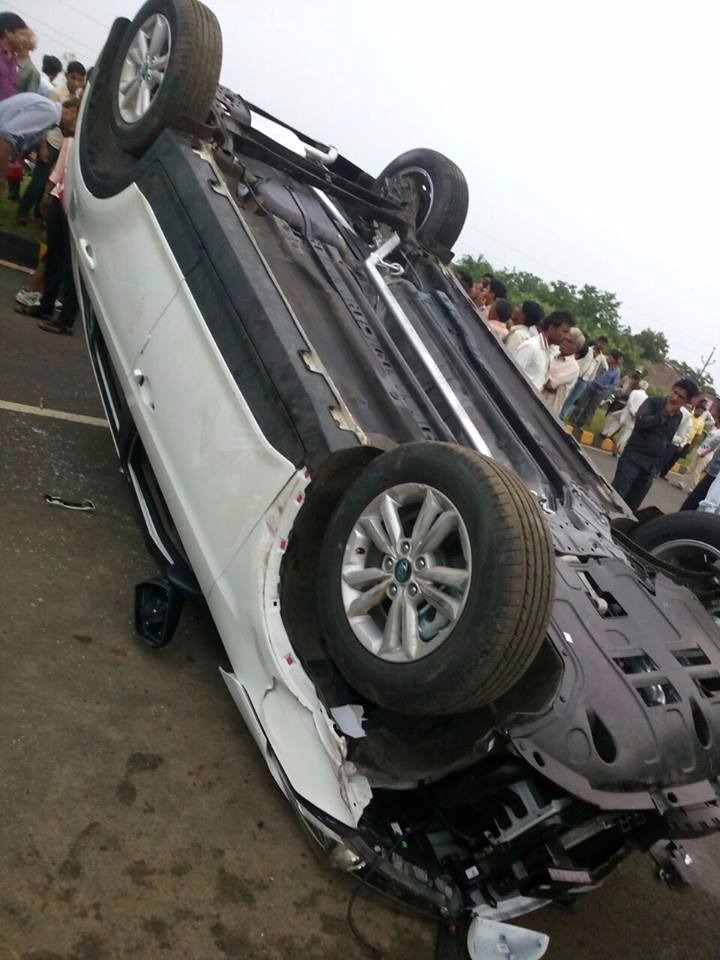 UPDATE: We just learnt from our sources that it is the same SUV that was seen in the first crash report. The SUV hit a motorcyclist who then called the nearby villagers and overturned the vehicle.

This week, Hyundai introduced its latest offering for the Indian market, the Creta. Yesterday (July 22, 2015), witnessed the first recorded crash of this newly launched SUV where the driver side of the car was damaged post an unfortunate accident. Now, within a span of 24-hours, images of another accident have surfaced where yet another Hyundai Creta, coincidentally again in white colour, has suffered serious damage as the SUV lay upside down on public roads.

These latest images have emerged on social networking websites, displaying the unfortunate fate of the vehicle and the person driving it. While some people expressed their concern towards the driver and the occupants of the SUV, others posted humorous comments suggesting that Hyundai is testing Creta’s safety standard in real life situations. 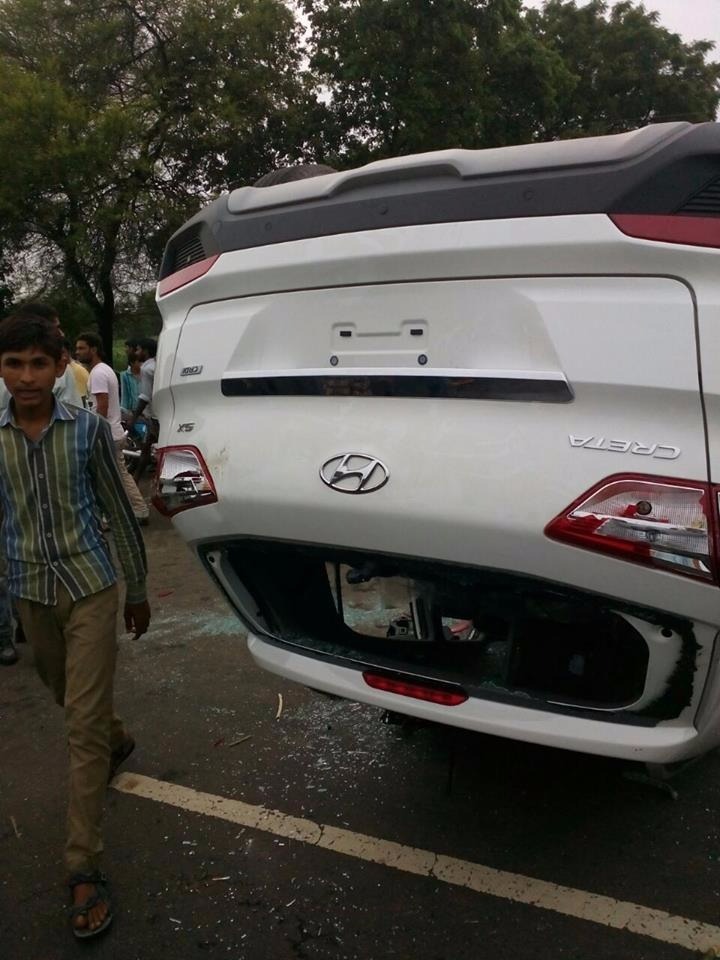 Deliveries for this latest SUV have still not commenced and we believe the concerned unit in the images is likely to be a demo car or one of the media vehicles out on testing. There are no details about the accident and hence we really cannot figure out the reason behind this crash that left the SUV upside down. All the windows, as seen in the images have been shattered and the engine liquids can be seen flowing out on the tarmac.

But the Creta’s ‘Hive’ body structure seems to have done its job yet again, as the pillars appear to have deformed less than we’d expect after such a nasty crash. It is, however, indeed an heart-ache to see a brand new model in such a damaged state.