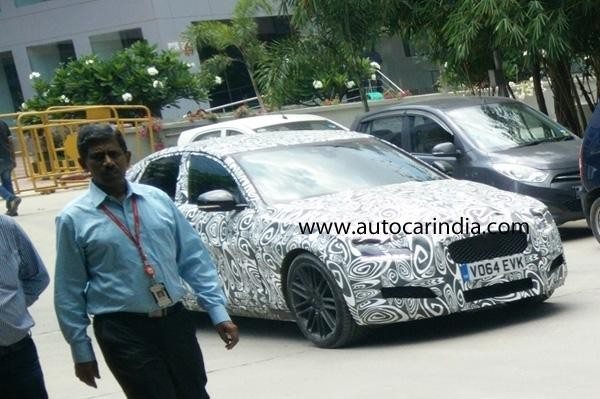 The second-generation XF rides on the all-new iQ[AI] aluminium platform. This new platform uses 75 percent aluminium which has shed close to 190kg off the total weight, compared to the model it replaces. With all the weight saving, Jaguar says the all-new XF will set new segment benchmarks for weight and efficiency, resulting in class leading fuel economy figures of over 70mpg. According to Jaguar, the structure is also about 30 percent stiffer than the previous car’s and it features 50-50 front-rear weight distribution.
On the inside, the XF features a similar styling theme to the India bound Jaguar XE but is more premium. The interior features a large infotainment system, recessed air-vents and wide centre console with Jaguar’s traditional rotary gear selector. The steering wheel may remind you of the one housed in the larger XJ’s dashboard. The new XF also features a new 10.2-inch dual-view touchscreen and JLR’s latest multimedia system known as InControl Touch Pro. Features like the pop-up gear knob and the AC vents rolling up when you start the car have been carried over. For those who just love gizmos on their cars, Jaguar has equipped with the new XF with an optional heads-up display based on laser technology which shows vehicle speed, cruise control notifications and traffic sign recognition data. 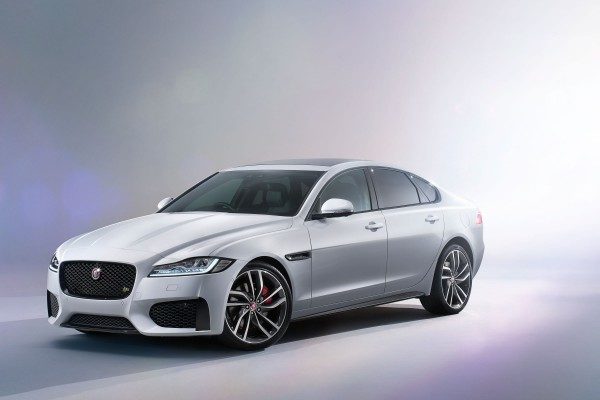 Powering the new XF will be Jaguar Land Rover’s new 2.0 liter Ingenium turbo-diesel engine along with the range from the existing model. Jaguar has also said that the current XFR and XFR-S will also be replaced although engine details are yet to be provided. The regular 3.0-litre V6 diesel and 3.0-litre V6 petrol mills will also be on offer.
Spy pic via : ACI
Jaguar
,
News
,
Upcoming Launches
,
Comments
Leave a Reply Cancel reply