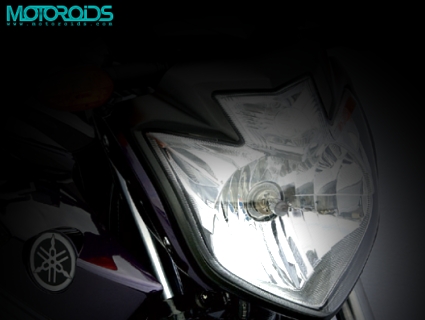 A few days back we brought you reports of the upcoming SZ150 executive commuter motorcycle from Yamaha that was being tested around Pune. Now there is a new update! Our sources close to Yamaha are telling us that the company is set to launch three new two-wheelers before/in October 2010!

Not many details were revealed however on the nature or specs of these vehicles. So we got in touch with some other sources who might give us some idea on this scoop. One of the three vehicles is definitely the SZ150. It is the executive commuter based on the FZ16 engine. More info and photos of the Yamaha SZ150 can be found HERE. The other vehicle in all probability might be a ‘step-thru’ motorcycle. We are expecting the Nuovo 135 to make it to India since Yamaha had been collecting customer feedback on this vehicle for over 6 months. And while we would love to see and test these vehicles soon, it is actually the third bike of this article that is putting a wide smile on our face!

Head over to the next page to read more>>>

Our sources are pointing at the Fazer/FZ 250 to be one of the main vehicles of the trio that will be launched in October 2010. There were reports that Yamaha India had tested the 250cc engine in the current FZ chassis and body for over eight months and that the ARAI approval has been achieved too. The FZ25 / Fazer 250 will be based on the Fazer 250 / Scorpio 250 that was recently launched in the ASEAN markets like Indonesia. The bike is powered by a 250cc fuel injected mill that is good for 21PS of power and 20.5 Nm of torque – which puts it in the Pulsar 220 DTS-i spec-range. The ECU will have up to ten sensors in its arsenal to optimum performance. The engine will incorporate an oil-cooler instead of a liquid cooling mechanism like the R15. This would result in cheaper upkeep costs but may hamper performance in a country like India. The Fazer 250 comes with a forged piston in Indonesia. India too would get a similar technology. The engine will be mated to a 5-speed gearbox.

The design is an evolution of the FZ16’s but as compared to the Indonesian model, the Indian model will sport minor changes (more on that later). The 2011 Fazer 250 boasts of a edgier design as compared to the FZ16. The new tank has chiselled lines and elongated tank shrouds, somewhat similar to the SZ150 we talked about earlier. The new headlight too is an evolution of the FZ16’s unit. The new unit features two pilot lamps on the top of the headlight, in a fashion similar to the one we saw on the TVS Flame 125. The headlight also gets a bloated central spine making it appear like a bubble from the side profile. The seat has grown wider on the 250 as compared to the current FZ16 and should be more comfortable for the pillion as well. The tail section will incorporate a 2010 R1-inspired LED taillight – a first for Yamaha India. Overall the bike sticks to its ‘street-fighter’ image and looks bigger and meatier than its 153cc sibling.

As we said, there will be some changes to the bike that will be sold in India. The first and most important change over the Indonesian model would be the incorporation of a wider tyre/rim. While the Indonesian model gets a 130-section tyre, India will get the 140-section rubber from the FZ16. The rear wheel will also incorporate a 220mm disc-brake system as opposed to a drum brake system on the current FZ range. The design on the rims is said to be similar to the current FZ range, which sould help Yamaha reduce R&D costs. The chassis used in the Indian model will be similar to that of the FZ16. We are also expecting a radical exhaust canister like the FZ16 to make it to the 250cc unlike the conventional unit on the Indonesian model.

Considering the new FZ will boast of a forged piston, rear disc, oil cooling etc., the ‘Yamaha’ brand and most importantly, the ‘250cc’ tag, we expect a price tag upwards of Rs. 1.2-lakh for this motorcycle. Going by the success that the FZ line-up is riding on right now, we are sure Yamaha is very optimistic about this bike too. In fact, we have heard that Yamaha India is gearing up for some big promotional events, starting September 2010, for these new vehicles. Now an executive commuter and an entry level step-thru don’t look like serious enough reasons for big promotional activities, do they? Stay tuned to Motoroids as we bring you more info on this subject as and when we have it. Till then, head over to the next page to browse through the images and watch the video of the FZ25 / Fazer 250.