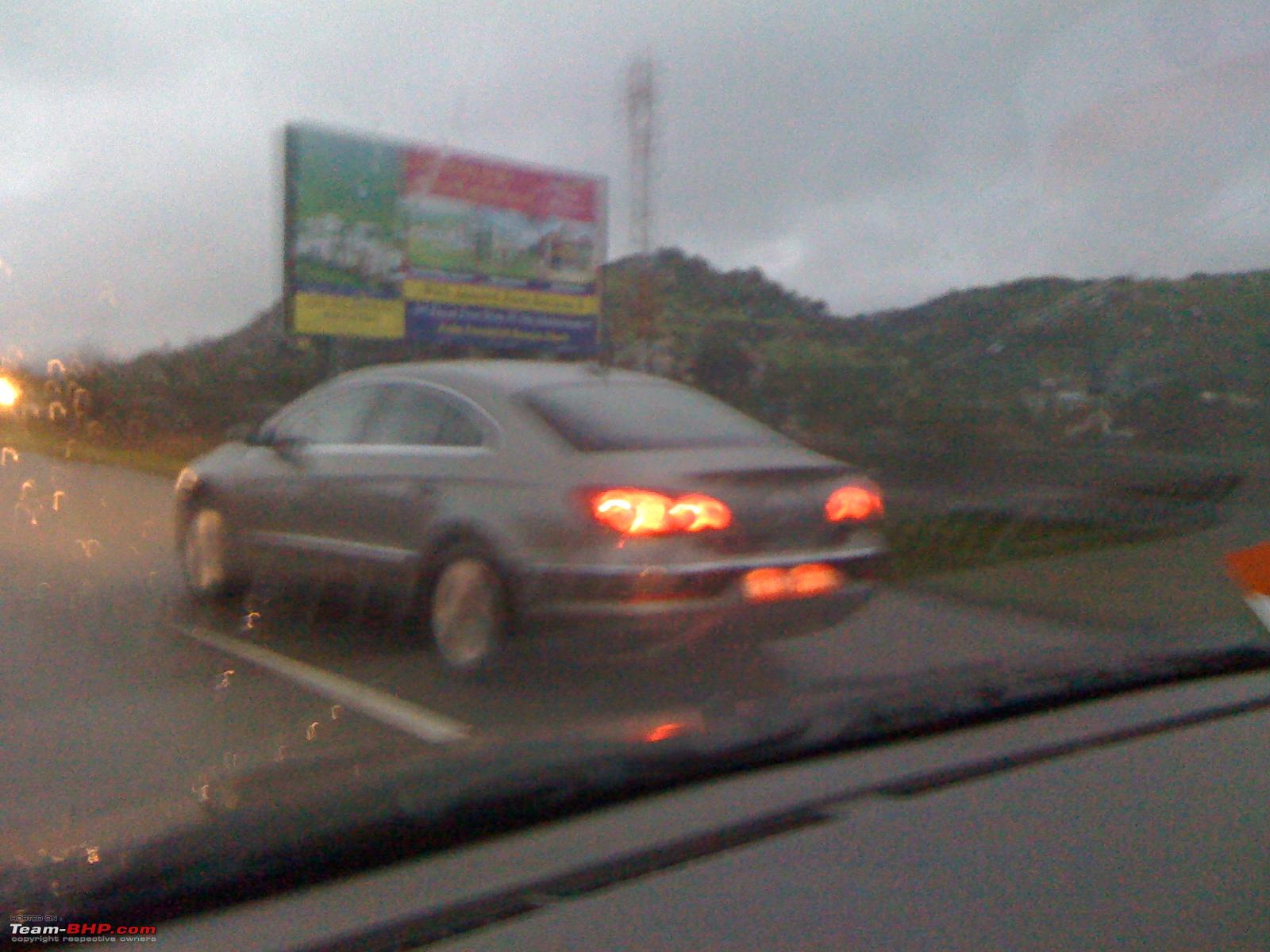 The blokes at Team-Bhp have caught the Volkswagen Passat CC test mule doing its test rounds around the Mumbai-Pune expressway. We had seen this car roaming around in Pune with a yellow license plate, however, the one seen here is running the ‘red’ temporary plates. The CC is a compact coupe based on the Volkswagen Passat but looks quite different with an aggressive front and tail as compared to the drab Passat.

Volkswagen India will look forward to cash in on the CC’s design and garner some healthy sales figures as compared to the Passat, which hasn’t taken off all that well in our market. We expect the CC to be priced between the Rs. 27-30-lakh territory which will bring it freakishly close to the Mercedes Benz C-class territory. We expect the car to launch by Diwali 2010, approximately the same time when the deliveries of the VW Vento commence.