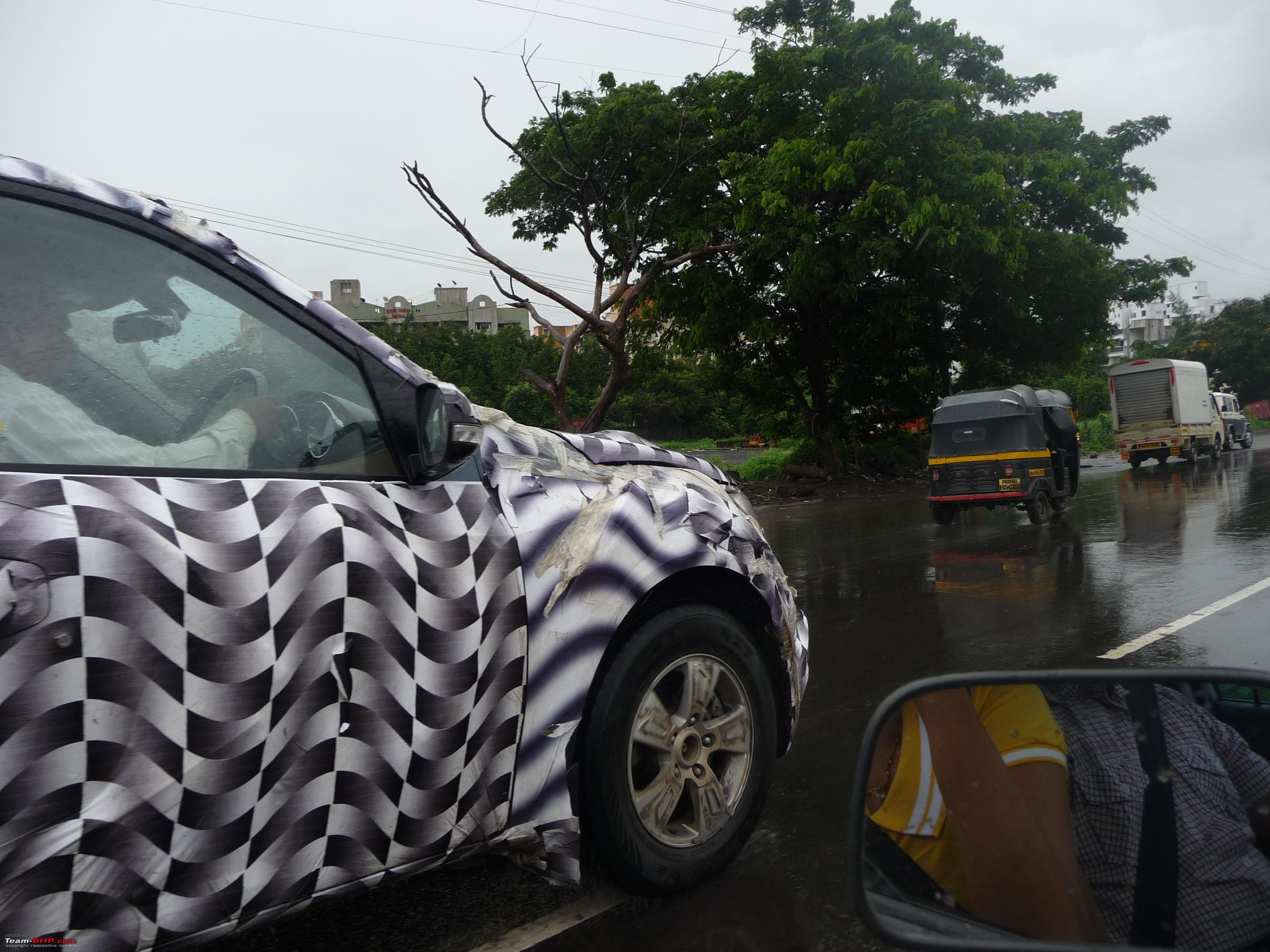 After a lot of spy photos of the Mahindra world SUV and a video later, we now have more videos of the W201 doing its final testing rounds around Chennai. While the earlier photos revealed that the new 2011 SUV from Mahindra will feature LED daytime running lights, the new video by our member Akhilesh shows ‘orange’ lens on the outer side of the headlights for the turn blinkers – something similar to what the upcoming Tata Aria dons. The SUV looks quite solid while changing lanes at the relatively high speed at which the video was taken and doesn’t exhibit the groggy body roll of the Xylo or even the Scorpio for that matter. Check out the videos on the next page>>>