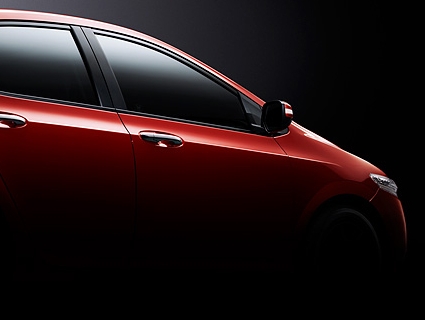 According to reports posted on Reuters, Honda is going to stop the development of diesel engines to immediate effect. The development and production of clean diesel engines was to begin at Honda’s upcoming Yorii plant, north of Tokyo, Japan. However, in 2008, when the global economic downturn hit Honda, they postponed the development of the Yorii factory. According to the reports, the plant will now concentrate on Honda’s hybrid line of cars instead of the diesels. In fact Honda is so serious about the development of the hybrid powertrains that they have even discontinued the petrol variant of the Civic in its home market, Japan. JDM will now only get the Civic Hybrid until the all new Civic comes out later next year.

India however will get the diesel engines for the Accord, City and Jazz as per the planned road map for Honda Seil. Those engines should be good for another 4-5 years at least, even with the stringent emission norms of our country. Given the high tax brackets levied on hybrid cars, we don’t see the Honda hybrids thinking of India as a serious market, yet.

Our sources close to Honda have given us a big tip! The Honda diesels are coming in, this year end! Yes, I know that’s too many exclamation marks there, but we are all waiting eagerly for the fabled reliable-Honda-engines to get diesel power in India for quite some time now. If you believe us (and our sources), then expect selected Honda models to come through with diesel powerplants this year end. From what we are told, the Jazz will not receive a diesel engine initially considering the poor sales that it is experiencing since its launch. However we believe that a diesel engine might put some life in the Jazz and help it gain healthy sales, slowly and steadily. Honda instead seems to be putting its money on the City, for the sedan experiences competition from the Linea diesel and will have a tougher time once the Volkswagen Vento and Skoda Felicia are launched in their diesel avatar.

Another car that is desperately longing for a diesel engine is the Accord. Though it was a runaway success since its launch, the Accord now faces a tough competition from the Skoda Superb – more so from the diesel variant. To tackle this problem, Honda has been extensively testing a diesel engine – sometimes in the European Accord / American Acura body shell and sometimes in the body shell of the Accord sold in India. Another car that may get the diesel treatment is the CR-V. Though the test mules with an i-CTDI engine have been spotted quite a number of times in the last two years, there is chance that Honda might totally axe the diesel variant off the roadmap due to the CR-V’s lack of demand and extremely high import costs from Europe. Next year, Honda’s upcoming small car will also get a diesel engine which will most probably be a detuned version of the engine that is going into the City.

So what diesel engines are these? To know more, head over to the next page>>>

To begin with, the Accord will get the N22B 2.2-litre i-DTEC engine which produces 180 horses. The same engine powers the Accord and CR-V outside India and is currently the only diesel platform available from Honda. If Honda does decide to import the CR-V diesel, it will be with this same engine. Honda also has a 1.6-litre diesel mill coming, that is being developed extensively for the Indian and European market. The engine will boast of a four-cylinder configuration and is expected to produce between 120-140 horses. It is expected to power the next generation Civic as well.

A slightly detuned version, capable of producing 100-odd horses will make its debut in the City. This engine will also spawn a 1.2-litre 3-cylinder diesel engine that will find home in the upcoming small car (codename 2CV) and the Honda Fit/Jazz in various states of tuning. As we mentioned earlier, we are not sure it the Jazz will get a diesel treatment in India though. It will be the diesel Accord that will be launched first, followed by the diesel City and then the small car. Stay tuned to Motoroids as we bring you more information on this topic as and when it’s available to us.