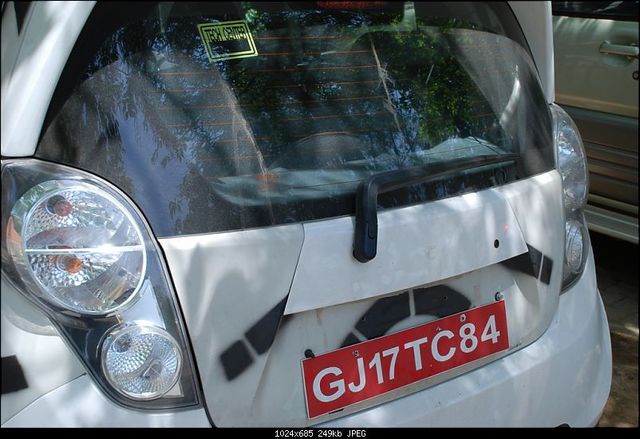 Just in are images of the Chevrolet Beat diesel caught on test. Our correspondent Pradeb Biswas spotted on such mule testing on the Talegaon highway about a week back, but since he is too obsessed with his age old cell phone he wasn’t able to click us any scoop shots. However, he confirmed that the car had the typical diesel clatter and the three cylinder burble. Further research tells us that various test mules of the diesel Beat are doing the rounds throughout various cities in the country.

As you can see, Chevrolet is using the same body shells (with the transparent taillight lens) which were used for the testing of the Beat petrol before the car was launched. With just a new drivetrain being and no difference to the body, there is no reason for Chevy to use the camouflage on the Beat diesel – unless of course they want to attract public attention and create some initial hype for the new variant of the already successful car. Continue reading to know more about the engine and see more photos>>>
As we reported earlier, the Beat diesel will be powered by a 3-cylinder, 0.9-litre engine derived from the 1.3-litre Multijet power plant from FIAT. While the initial samples for testing have been manufactured by FIAT Powertrain Technologies, India, the mass production of this 3-cylinder variant will happen at GM’s upcoming engine plant in Chakan. Expect the car to launch early next year with a price premium of Rs. 30,000 approx. over an equivalent petrol variant.