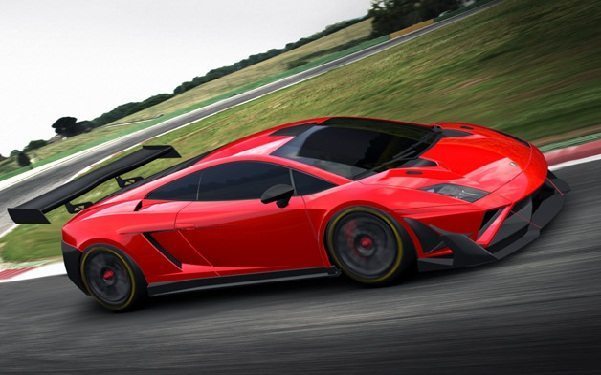 Popular supercar maker Automobili Lamborghini has announced the new GT3 motorsport program which will be launched with a new car for the 2013 and 2014 seasons.

The car in question here is the new Lamborghini Gallardo GT3 FL2 that has been developed in cooperation with Reiter Engineering. The GT3 FL2 is based on the 2013 Gallardo and comes with upgraded brakes, improved engine cooling and reduced fuel consumption.

Visually, the FL2 features an aero kit, a new front splitter and a rear carbon diffuser. The new GT3 FL2 is lighter than the old GT3 by 25kgs.

“We are delighted to announce a minimum five-year agreement with Reiter Engineering as our exclusive development and supply partner for Lamborghini GT3 cars, based on Reiter’s strong engineering skills, passion for and understanding of the Lamborghini brand and, of course, obvious racing success,” said Stephan Winkelmann, President and CEO of Automobili Lamborghini. “We are committed to supporting racing in Europe and Asia in 2013 with expansion into the USA in 2014: GT3 racing, together with our highly successful mono marque Lamborghini Blancpain Super Trofeo series in Europe, Asia and this year the USA, are a clear fit with the Lamborghini brand, where we take the prowess of our super sports cars from the road to the track.”

The deliveries of the new Lamborghini Gallardo GT3 FL2 will commence in March 2013 and the car will also be seen participating in the Blancpain Endurance Series, the Asia Le Mans Series and the Italian GT3 Championship.