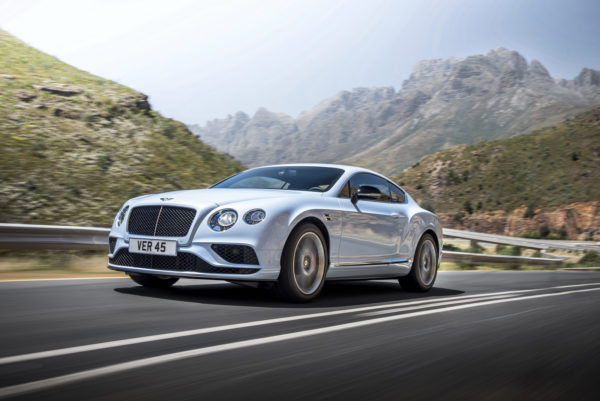 We aren’t quite sure what to make of this news. Prince Alwaleed bin Talal, member of the Saudi royal family and one of the world’s richest men, promised a Bentley the fighter pilots who served in Saudi-led airstrikes against Yemen. In a tweet written in Arabic, the price wrote, “I congratulate our leaders on the success of Operation Resolute Storm and the start of Operation Restoring Hope. To recognize the one hundred participating Saudi pilots, I am pleased to give them 100 Bentley automobiles.”

In case you’re even doubting how someone can be this rich, don’t. Seriously, don’t. This is a guy who sued the venerable Forbes just because they got his net worth wrong. Alwaleed is one among hundreds of nephews to King Salman, the sitting ruler of Saudi Arabia. He made his fortune, which is estimated around $30 billion, through ownership of a massive investment firm called Kingdom Holding Group. The company owns significant stakes in enterprises including the Four Seasons hotel chain, Citigroup and News Corp. This Bentley giveaway is not the first such gesture for Alwaleed, who gifted 25 of the British luxury marque’s cars to members of the Saudi football league’s winning team last year. Oh, and he’s also got a golden throne which sits in the middle of his private Boeing 747. 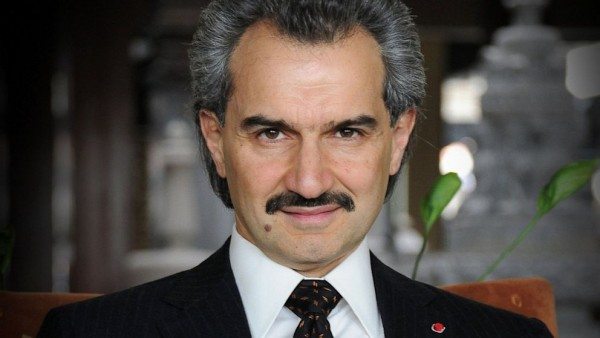 As you’d expect, this tweet was immediately followed by a media frenzy. More than 28,000 people shared his post and over 5,000 liked it. The prince was hailed for his “generosity” and several Saudis commented that the pilots deserved luxury automobiles – and much more – for their military service.

But many outside Saudi Arabia, particularly in Yemen, found his offer outright offensive – and so an online backlash began. “100 Bentley cars to 100 pilots who bombed Yemen. Not single ambulance to its hospitals they devastated” remarked one Yemeni on Twitter. 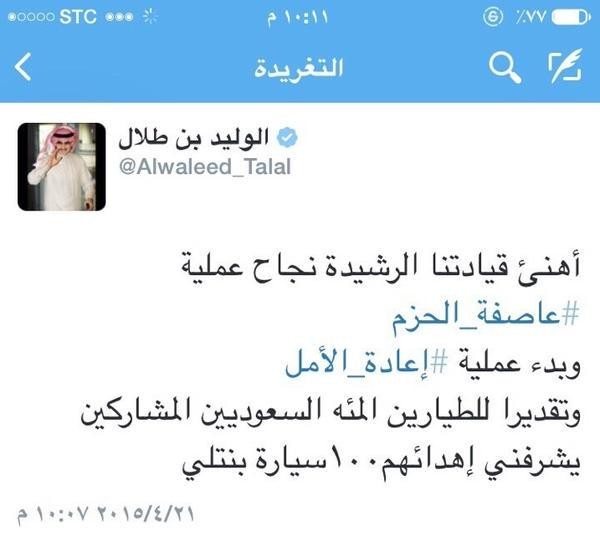 Alwaleed has deleted his tweet since then, but not before it has been captured for posterity by numerous Twitter users and media outlets.

Being a fighter pilot, in general, sounds like a sweet gig as it is. You fly in fast jets, and you get to wear Ray-Ban Aviator sunglasses a lot. And for some Saudis, you get to bomb people and then get rewarded with Bentleys for it.