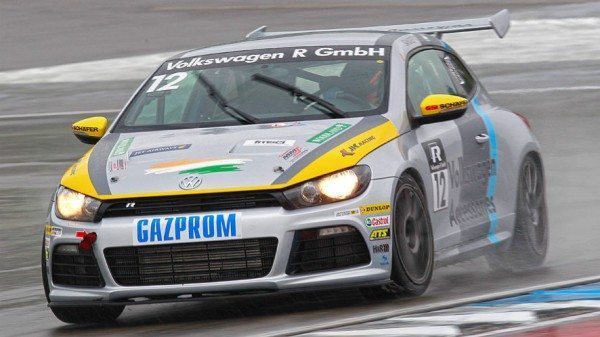 Sandeep Kumar’s first race in Scirocco R-Cup 2013 turned out to be a set of tough circumstances forcing the Indian lad to settle 12th in Junior category and 19th overall. Though disappointed, Sandeep considered this experience as an excellent platform to learn a world-class race track, understand the challenges of varying weather and importance of formulating strategies for racing against some of the best drivers. Scirocco R-Cup 2013 season kicked off at Hockenheim, Germany with 18 racers in Pro and Junior categories battling it out for maximum points in the championship while four racing legends Nicola Larini, Eric van de Pole, Jan Lammers and Martin Donnelly from DTM and F1 added to the excitement by competing alongside the young talent.

Sandeep started the race from 19th spot on the grid. Early in the race, he made some aggressive moves, overtaking four competitors to come up to 15th place. However, due to lack of a strong strategy of using push-to-pass, Sandeep suffered in the latter half of the race when he lost two positions. Further, a mistake towards the end of the race forced him to drop down the order and settle for 19th, the same position that he had started from.

Though the weekend didn’t turn out the way Sandeep had expected, he sportingly accepted, “It was a great weekend with a lot of learning which I will like to carry forward to my next races. I made a few mistakes and didn’t use the push-to-pass wisely. The wet weather also gave me an opportunity to judge the abilities of the Scirocco R-Cup race car in tricky conditions.”