If reports are to be believed, Audi India plans to launch the A3 facelift in the country on April 6, 2017. The reported launch date, which is just two weeks away, will see the debut of the mid-life facelift of the A3 that features a new petrol engine and a few visual updates. 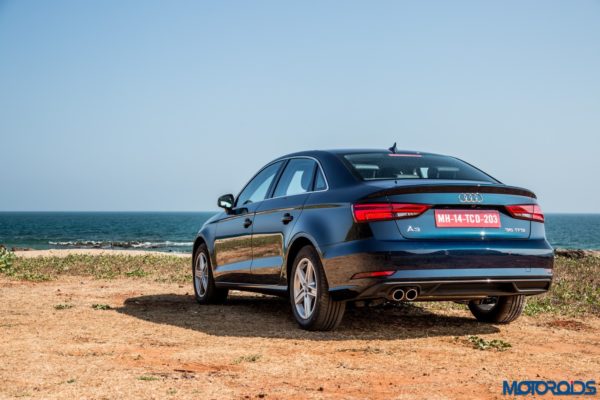 The Audi A3 facelift will be available with two engine options: a 2.0-litre four cylinder TDI engine and a 1.4-litre four cylinder TFSI engine. The diesel engine is tuned to produce 139 bhp and 320 Nm of torque while the petrol engine is capable of producing 148 bhp and 250 Nm of torque. The former comes mated to a six speed DSG transmission while the latter is paired to a seven speed unit.

Visual differences on the Audi A3 facelift over the previous generation model include LED headlamps with integrated LED DRLs, bigger hexagonal grille, redesigned bumpers, new tail lamps and 16 inch alloy wheels. Inside, the A3 facelift comes equipped with a seven inch infotainment system that can be controlled via the command dial behind the gear lever, a three spoke steering wheel and wireless charging. 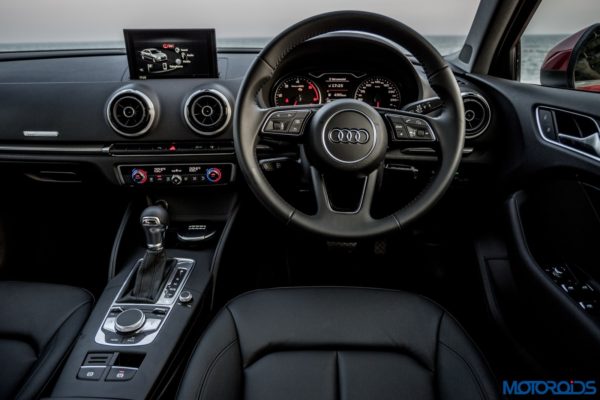 Once launched in India, the Audi A3 facelift will rival the likes of the Mercedes-Benz CLA class. You can read more about the Audi A3 facelift through our detailed review here. Stay tuned for the official launch details and prices. Meanwhile, let us know your views through the comments section below.