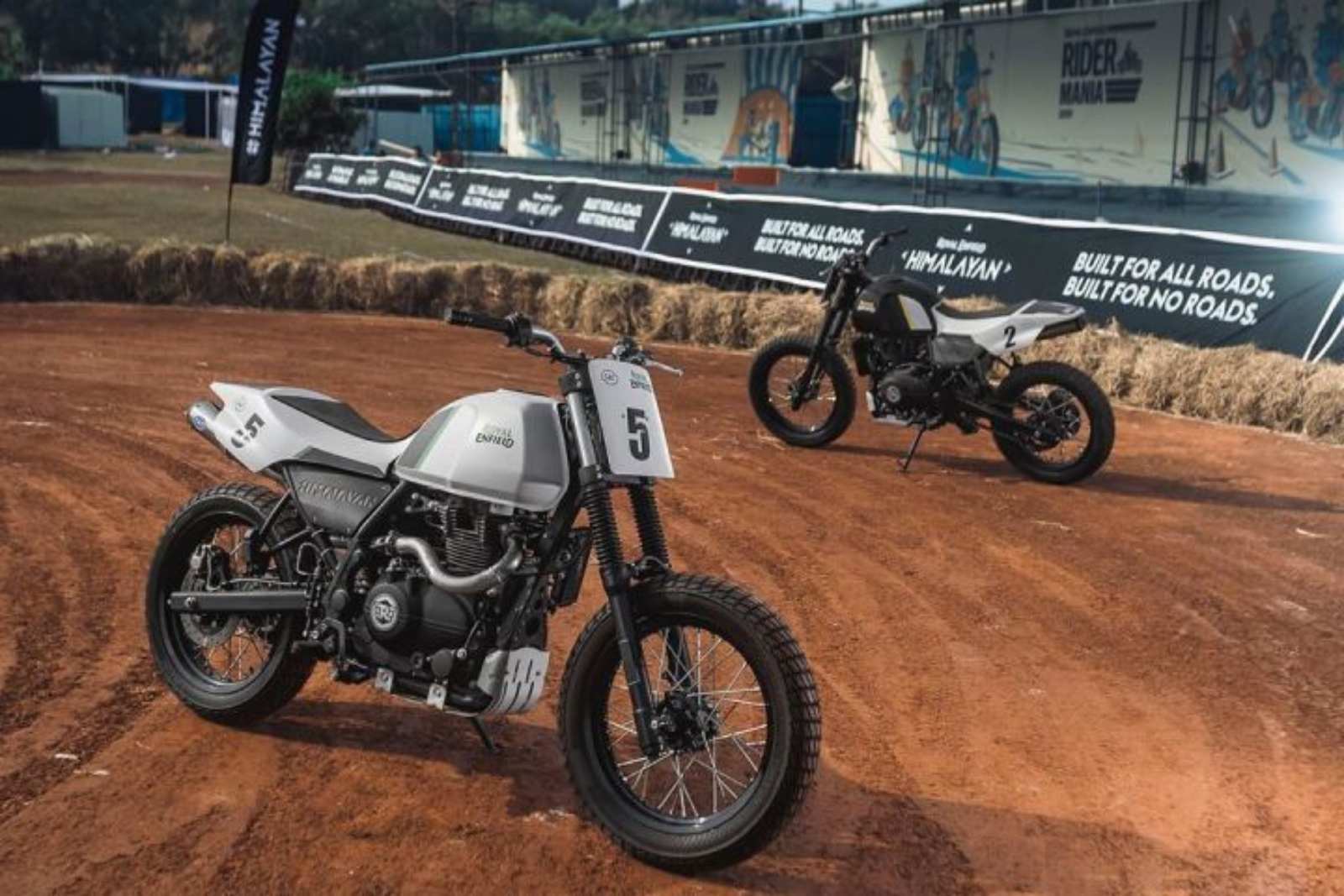 Royal Enfield is unmatched in its segment if you factor in the huge popularity and sky-high sales numbers in our country. But gradually, Royal Enfield is leaving a mark on the global map too. The Interceptor 650 topping the motorcycles sales chart in the UK for the month of June 2020 is a testimony to this fact. Their recent products are appealing to the riders of other countries too. The oldest motorcycle brand in production is now all set to enter the racing grounds in the USA.

Royal Enfield has made it official that they will be competing in the American Flat Track (AFT), starting August 2020. Royal Enfield has slowly made its way to becoming an official participant in AFT. They teamed up with AFT to put its lineup on display at racing events and also sponsored a female-only tracker-building competition. 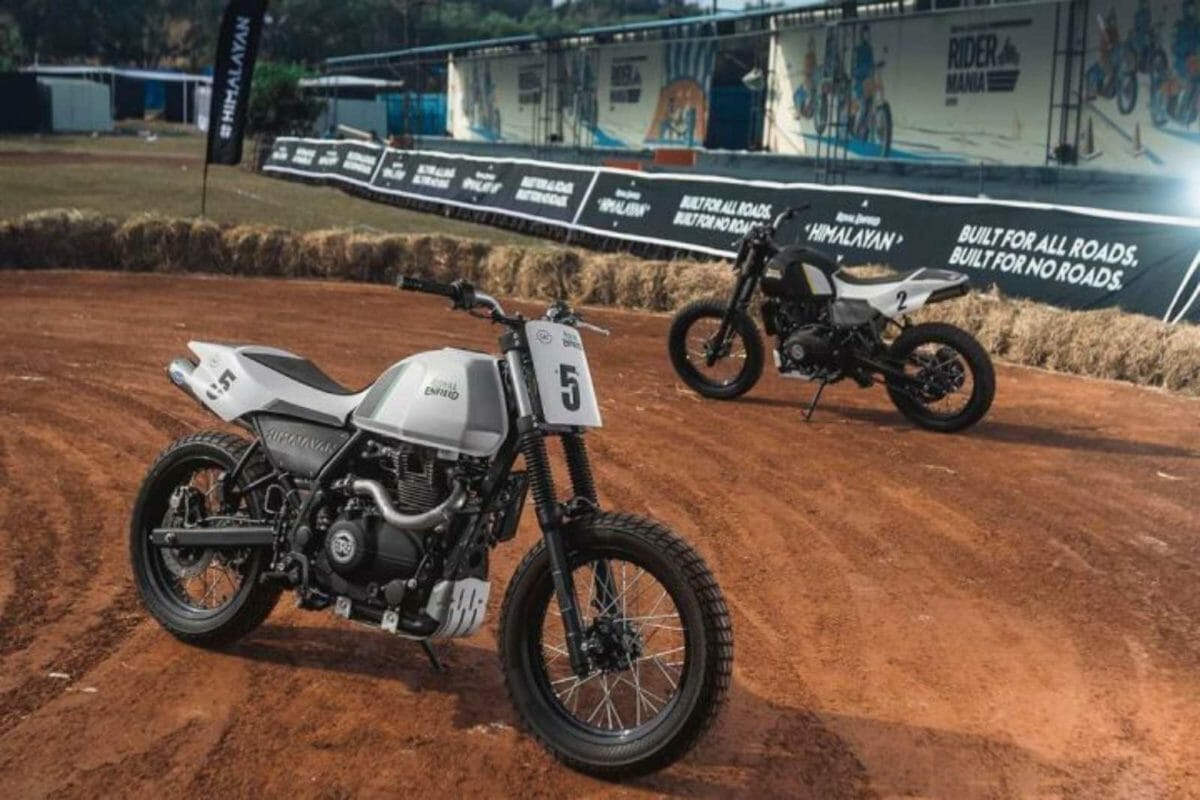 Royal Enfield’s weapon of choice will be the FT411 which they first showcased at the 2019 Rider Mania in Goa. It will compete in the Production Twins class and the custom flat track machine based on the Himalayan will be piloted by none other than Johnny Lewis who is an AFT racer and Slide School instructor. The Slide School was organised at Big Rock Dirt Park in Bengaluru where several motorcyclists were given a chance to get astride the FT411 to learn the art of flat-track racing. It might have won the hearts then, but participating in AFT is going to be a different ballgame altogether.

The FT411: A brief introduction

There were several changes made to the stock RE Himalayan to transform it into a true-blue flat-tracker. Weight-saving measures were deployed in order to make it lighter and faster around the track. The round-shaped headlight was removed to accommodate a number board, while the analogue instrumentation was completely removed. The stock exhaust was also replaced by a performance exhaust system from S&S. Flat track motorcycles lack front brake and sticking true to the tradition, the front brake from the Himalayan was removed too. The motorcycle was also shod with special 18-inch tyres from Timsun (TS697) which interestingly are tubeless units, unlike the stock bike’s tube styled setup. 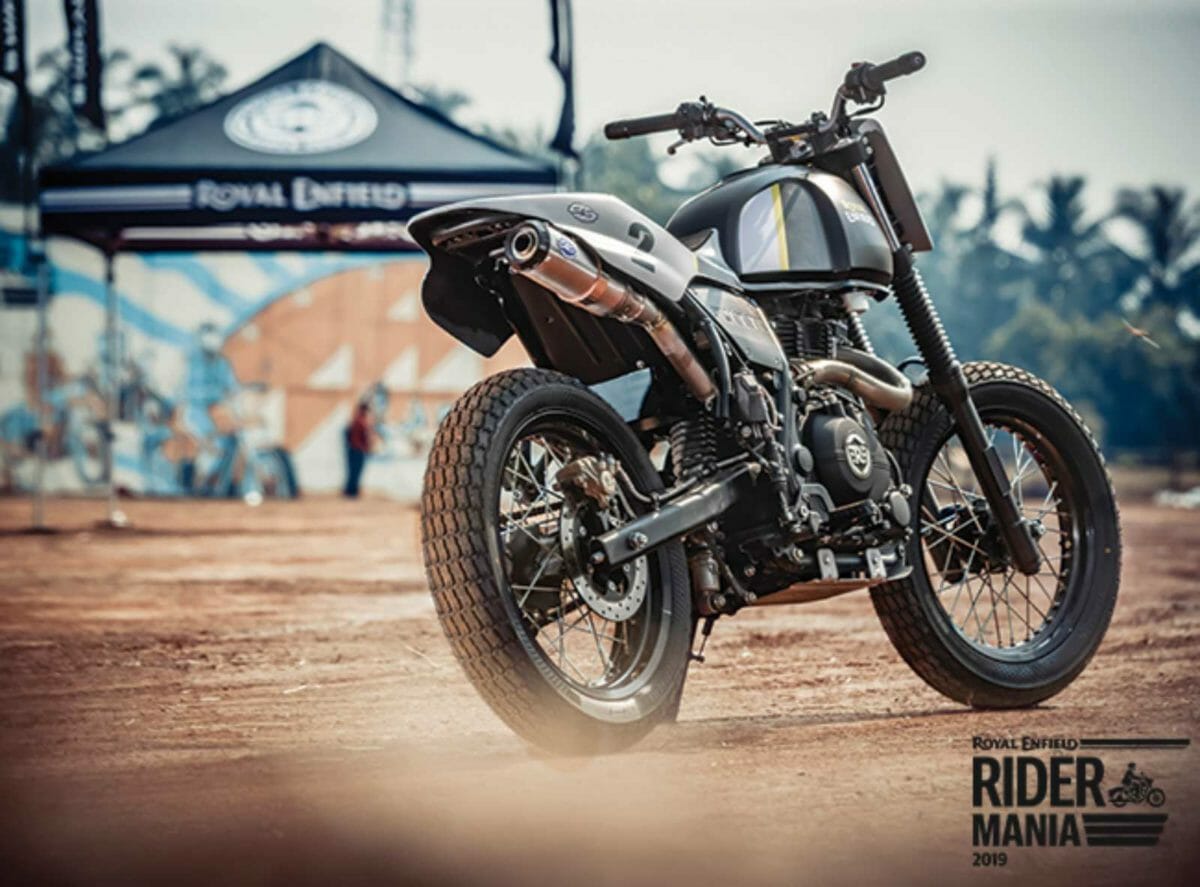 The kit, which is made from fibre-reinforced plastic, bolts on to a stock Himalayan. The tank and the side panels have been retained. As for the stock seat, it’s been replaced with a thin layer of foam. A larger rear sprocket had been fitted to the FT 411 to get it to break traction and slide easily. The rear gets two extra teeth compared to the standard model, which theoretically should offer better bottom-end grunt. The rear brake, monoshock and swingarm is the exact same setup as the standard model.

We would have already witnessed the FT411 taking part in international flat-track races by now as it was supposed to debut at the Daytona AFT in March 2020. But like all the motorsport events which were cancelled because of the pandemic, the Daytona AFT was called off too.