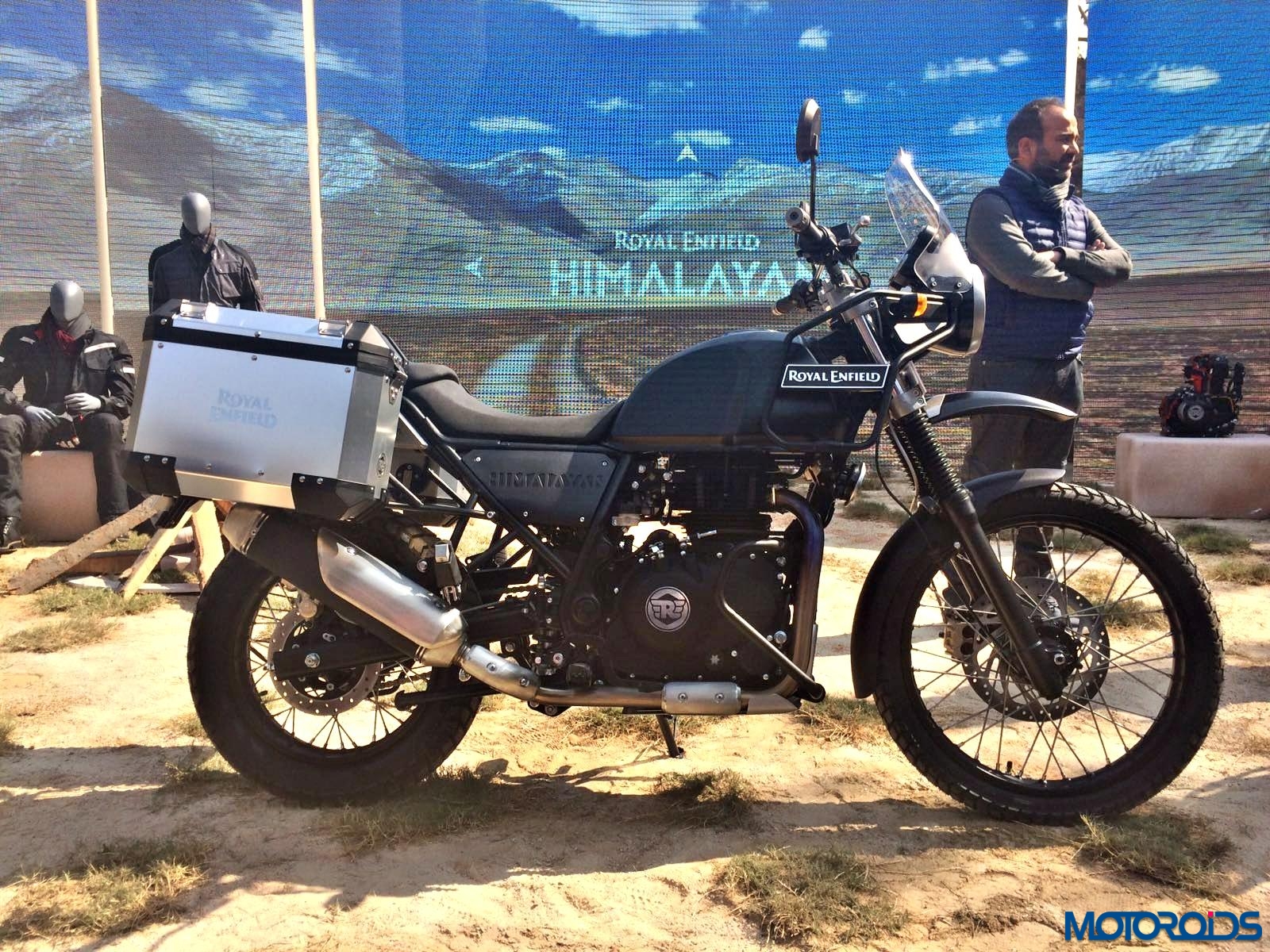 Royal Enfield unveiled their rather tall looking motorcycle, aptly called the Himalayan today. Historically known for manufacturing retro looking machines powered by archaic motors, this will be their attempt to please bikers who’ve for long been scaling summits, powered by thumpers. An all new motorcycle, powered by a completely new engine in many years will announce their foray into the adventure motorcycling segment. 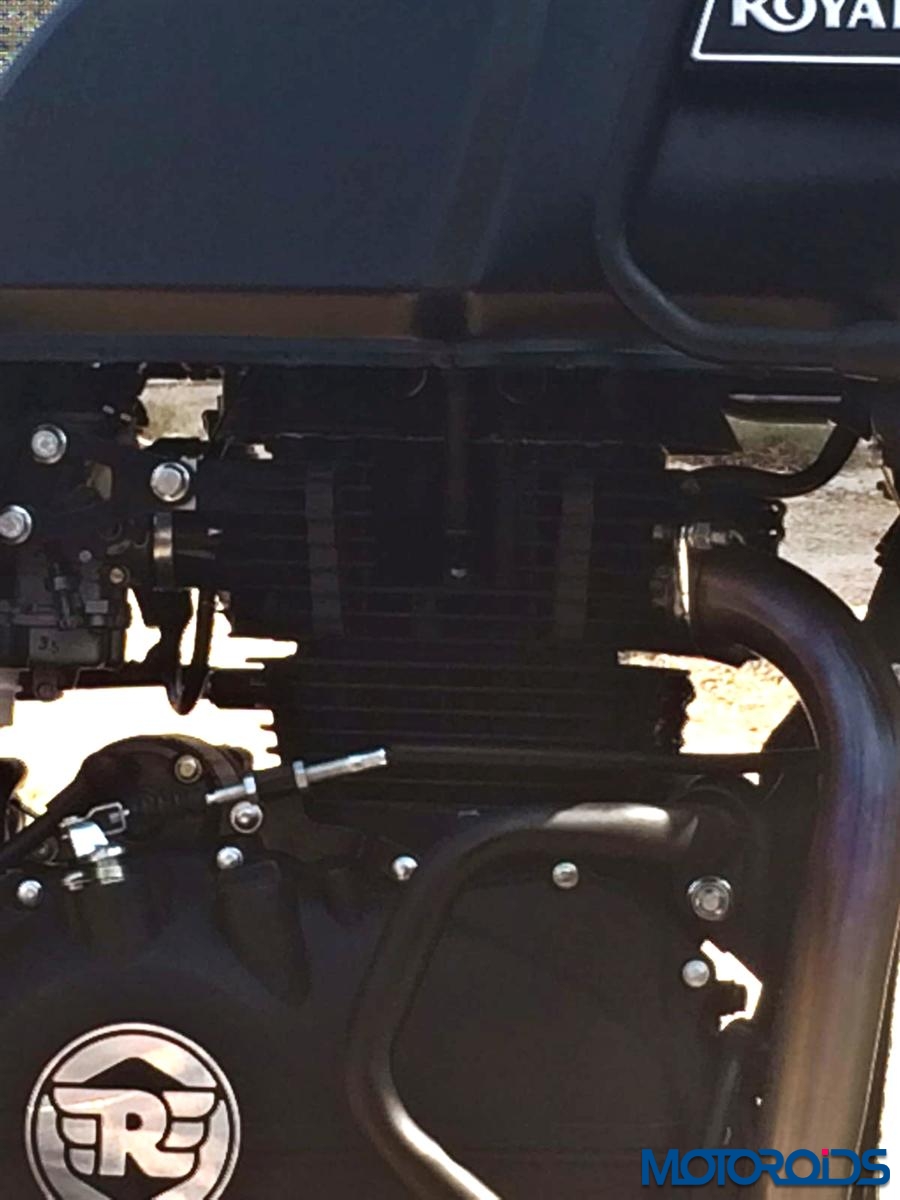 Speaking of the engine specifications, the Royal Enfield Himalayan is powered by a four stroke air cooled 410cc (411cc to be precise) single cylinder motor that looks different in shape and construction than any thumper that we have seen thus far from Royal Enfield. The new motor cranks out max power of 24.5 bhp @ 6500 rpm with peak torque rated at 32 nm @ 4500 rpm. 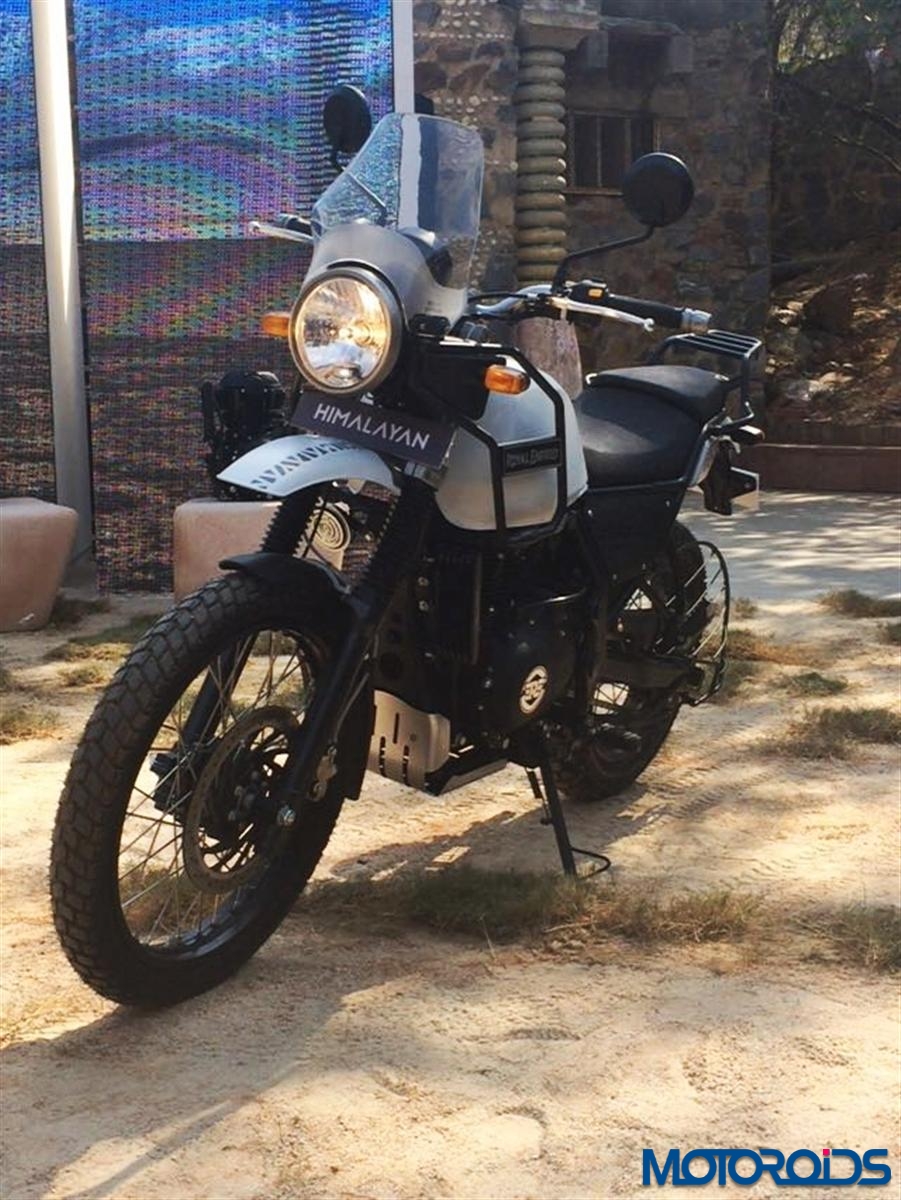 The motorcycle is held together by a half duplex split cradle frame, suspended on 41mm telescopic front suspension with 200mm travel and a 180mm travel linked monoshock at the rear. A low seat height with a 21 inch front and 17 inch rear tyre- the motorcycle aims at tackling undulations and broken terrain with relative ease. 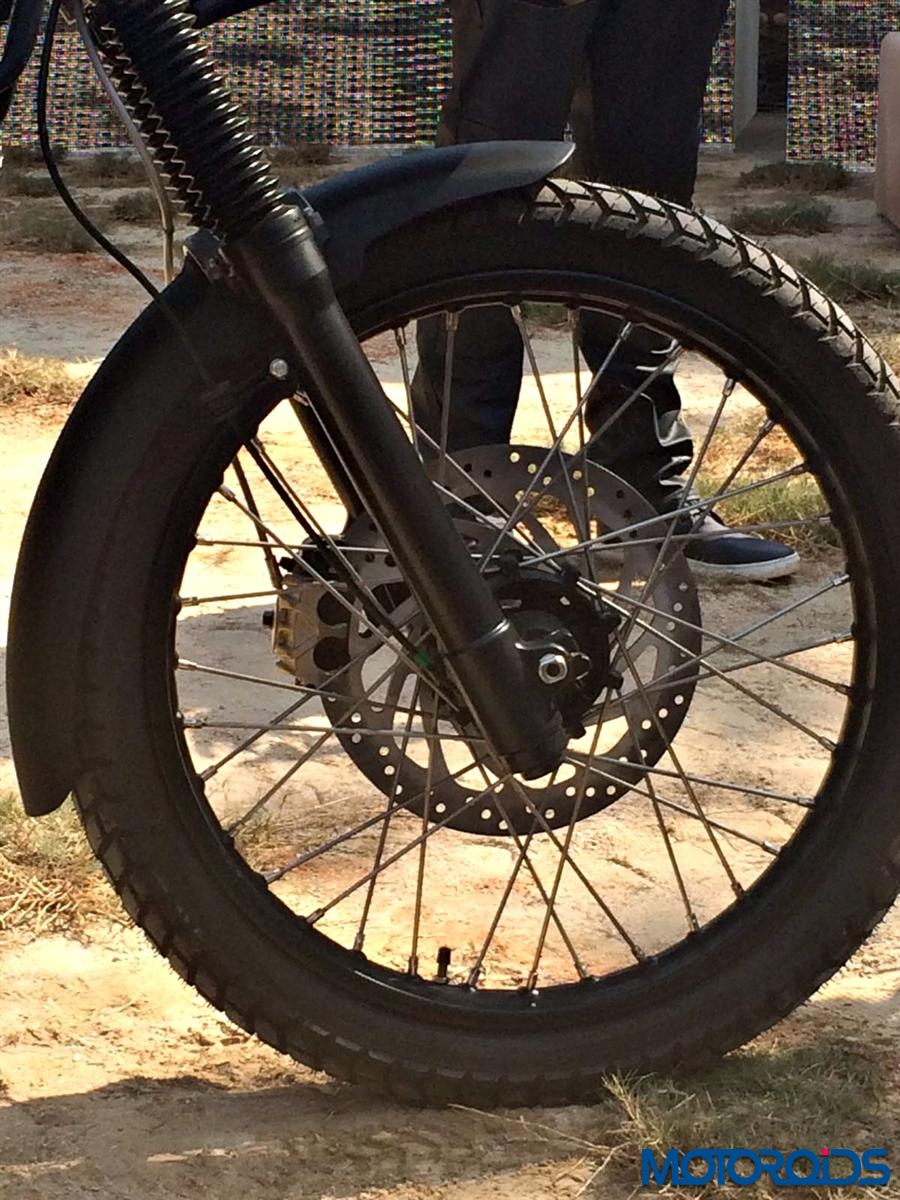 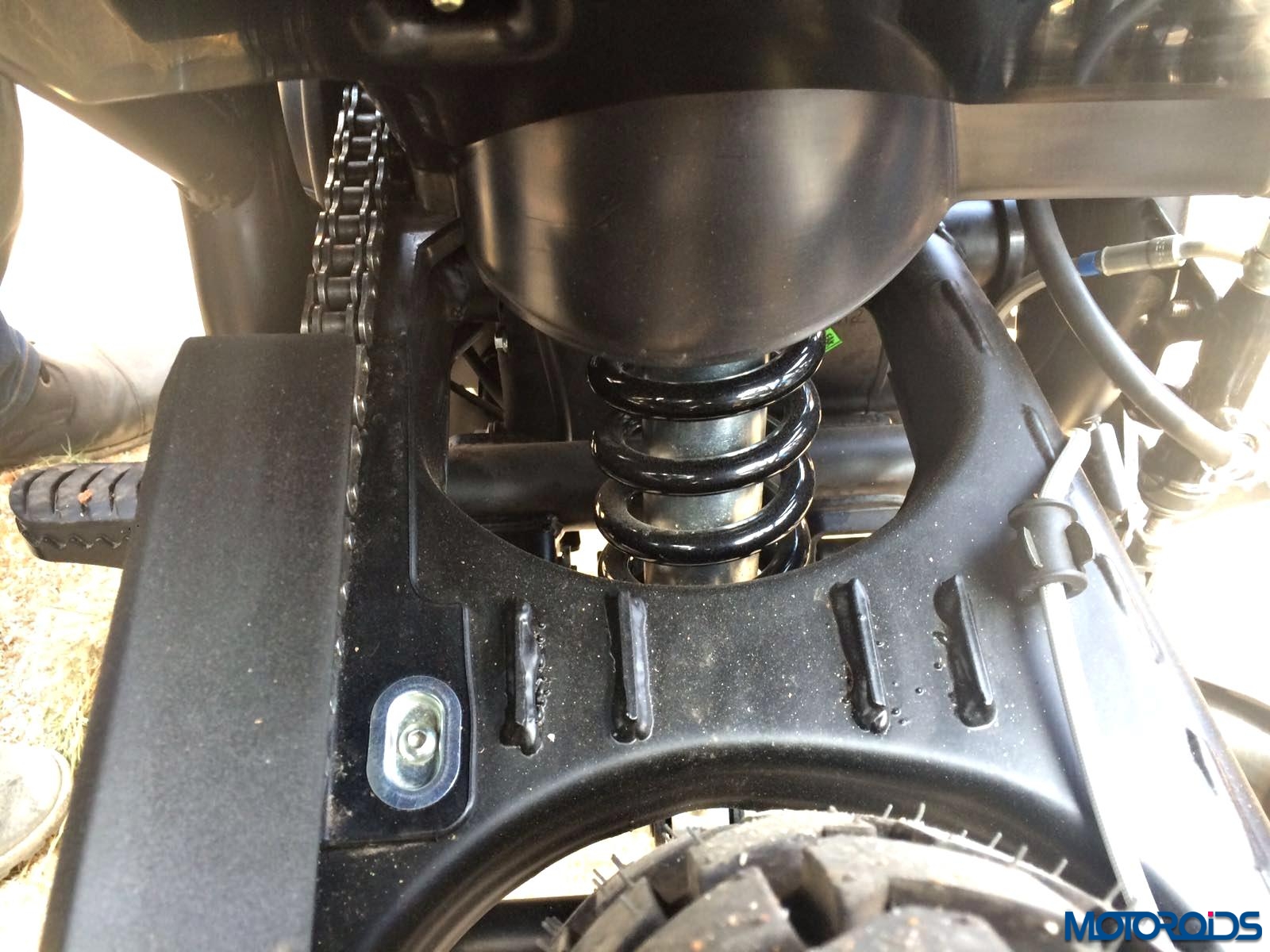 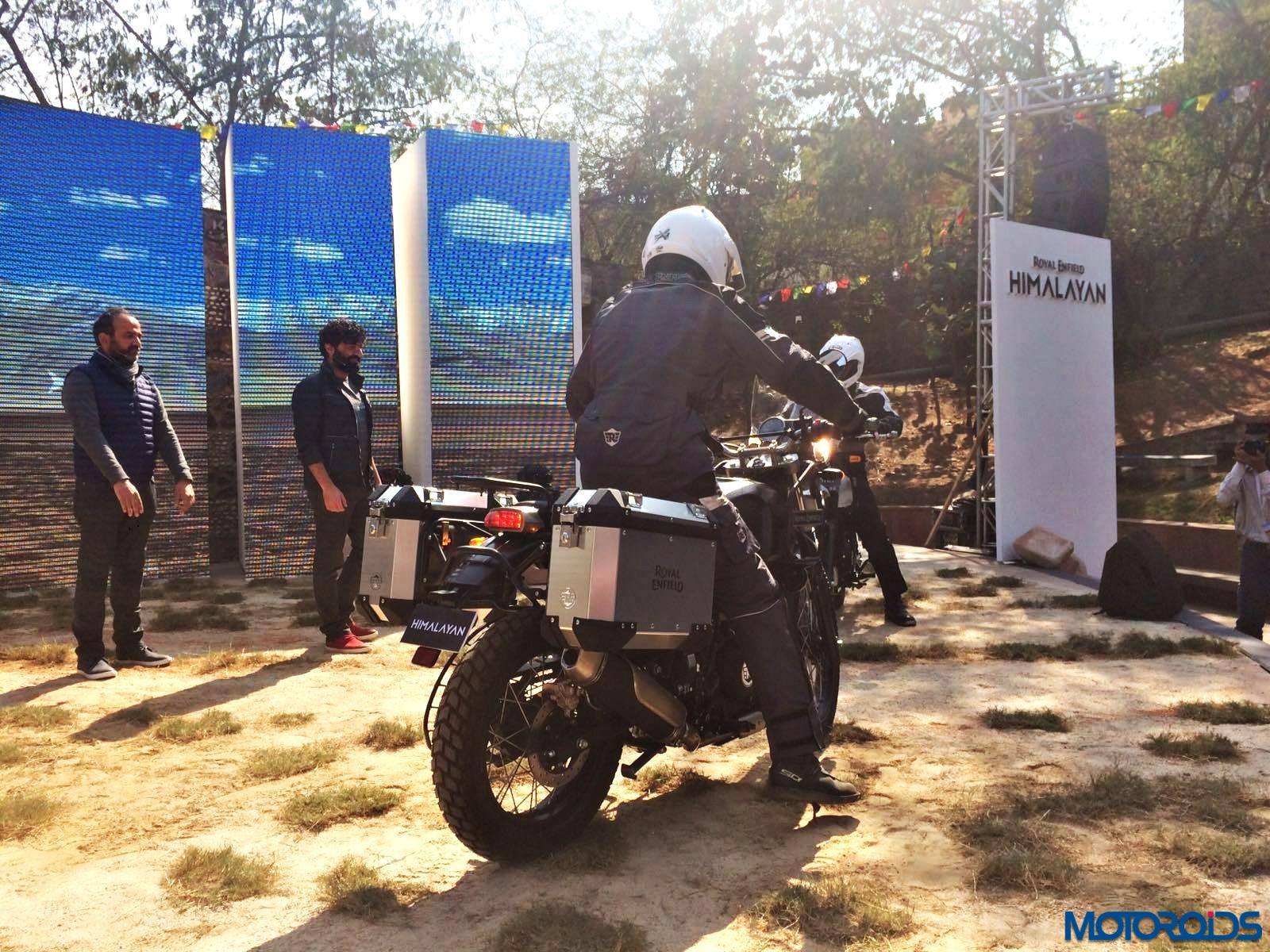 Company CEO claims that the motorcycle has been built as a bare bones model to keep the weight low and ensure that there are no loosely bound unnecessary parts which may compromise the rugged nature and go-anywhere capability of the motorcycle. 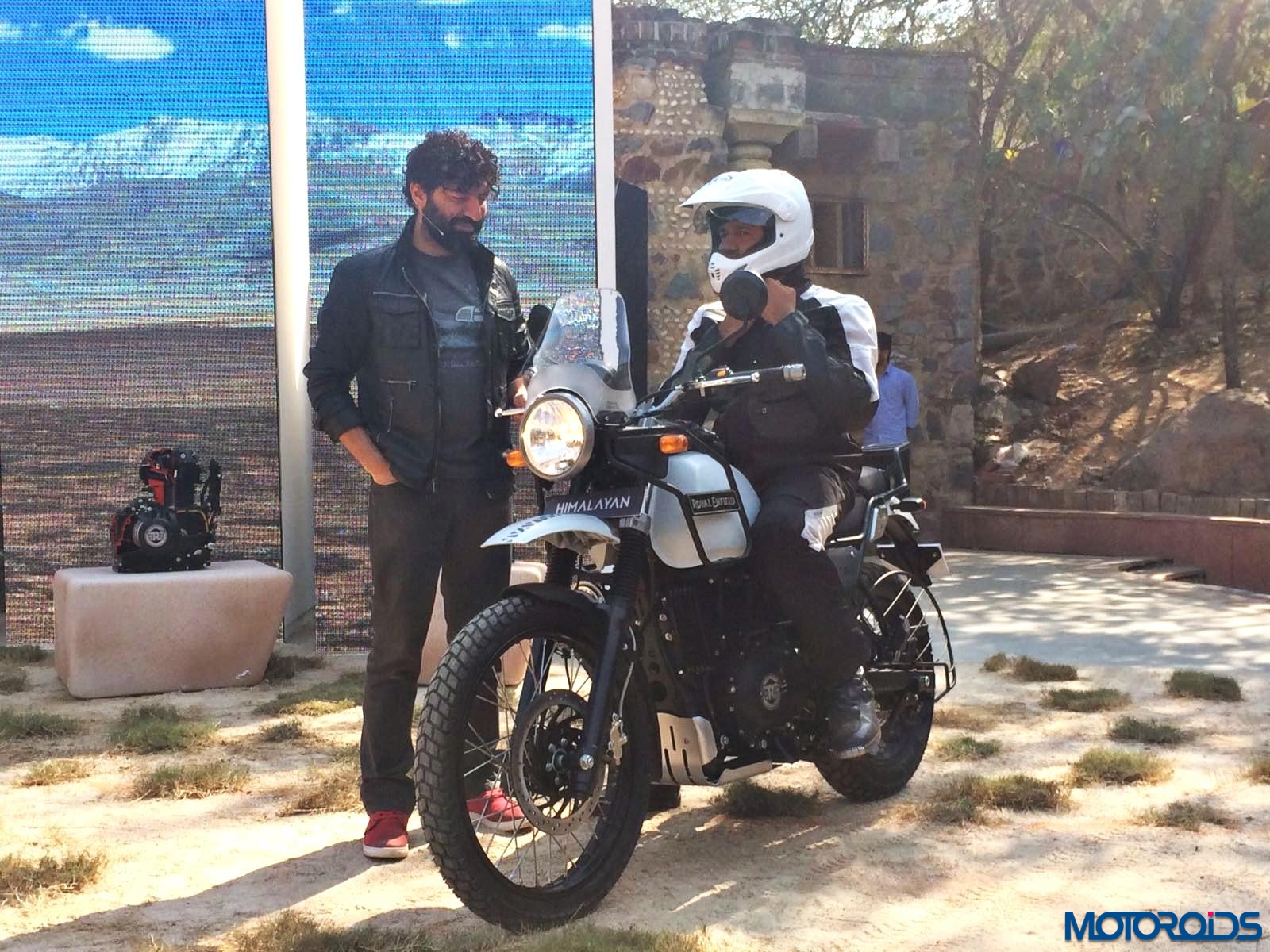 Tested extensively on a variety of terrains at the hands of many professionals, including one C S Santhosh, the Himalayan is claimed to have been built to tread the tough Himalayan terrain better than any other motorcycle in its class. Company CEO Siddharth Lal has also written an emotional blog about the journey of the new motorcycle’s development. The web log throws light on the concept of the motorcycle along with what all went into its development – you can read this story HERE.

Expected to be offered in two variants along with a whole gamut of accessories, the new RE Himalayan has sent the brand’s fans into a euphoric spiral owing to its novel attributes. The pricing has been kept a suspense till mid March 2016.

Here’s the technical specifications of the motorcycle you have been waiting for plus an image gallery from the launch for you to savour. And yes, in case you have missed out on the videos, we’re putting them again for your viewing pleasure.